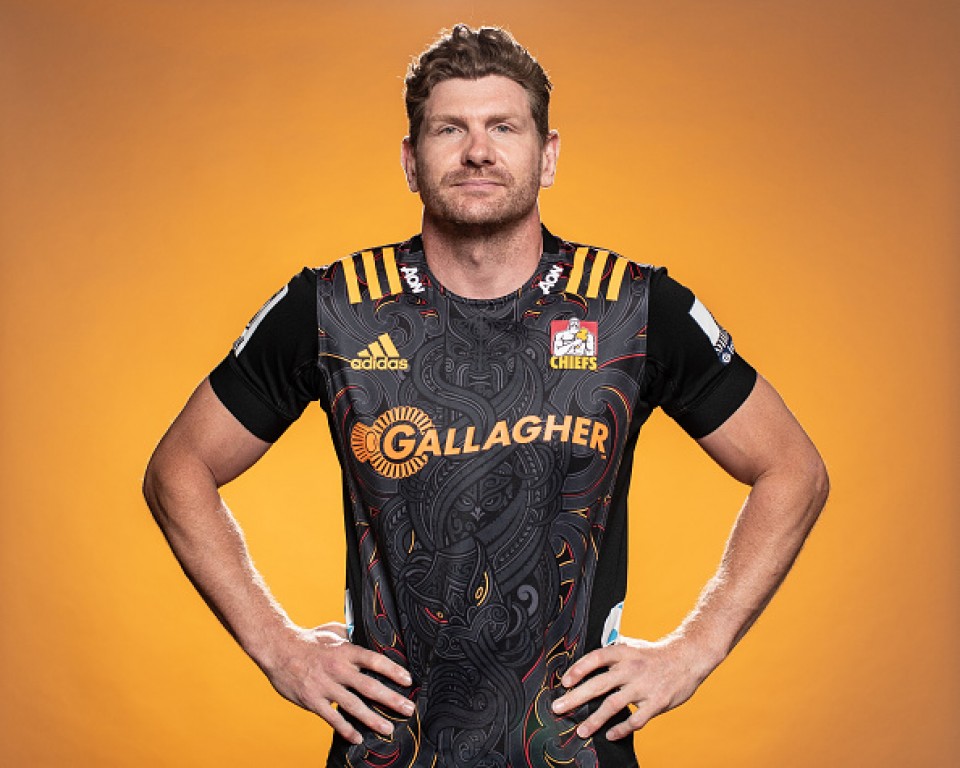 TOKYO - When the Sunwolves host the Chiefs in Round 3 of Super Rugby on Saturday, they will face an opponent with bittersweet memories of his time in Japan.

Former All Black flanker Adam Thomson -- a Rugby World Cup winner in 2011 -- spent four seasons in the Top League with Canon Eagles before moving to NEC in 2017.

But his time with the Green Rockets was cut short by an excruciating condition that left him unable to walk.

After struggling to identify the problem, doctors eventually diagnosed Thomson with lumbar discitis -- an infection between the discs of the spine.

Thomson spent 57 days in Tsukuba Memorial Hospital, mostly bed ridden. He lost considerable weight and had to learn how to walk again.

But he returned to rugby in 2019 and, following a spell with Otago in the New Zealand provincial championship, is back playing Super Rugby with the Hamilton-based Chiefs.

"The boys asked me if I had played here before and I said once or twice," the 37-year-old Thomson told Kyodo News on Friday at Tokyo's Prince Chichibu Memorial Rugby Ground, the venue of Saturday's game. 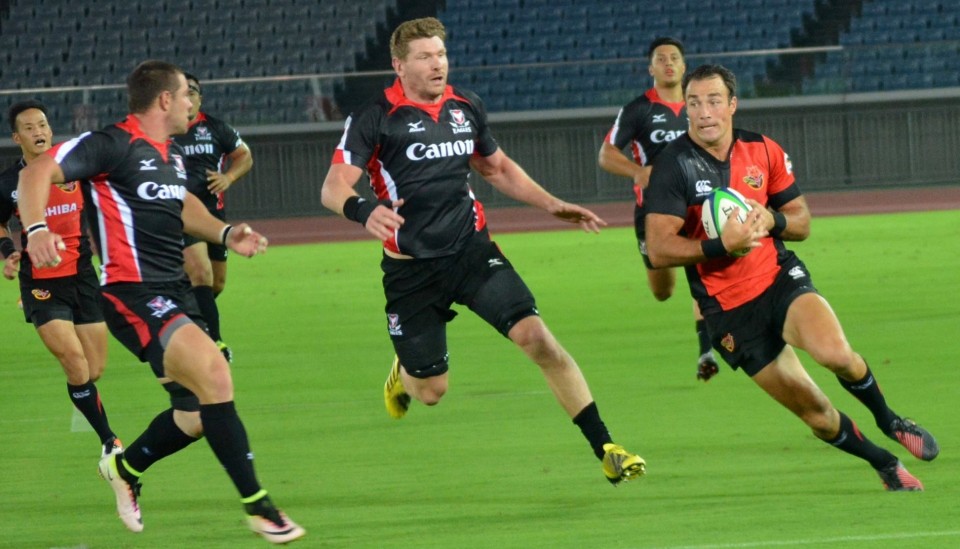 "To come back here fit and strong, and get an opportunity at this level, you couldn't write a better story."

Thomson has described his stay in hospital as a "really dark time" when he "had to ask myself some pretty big questions."

But he was happy to be able to thank his doctors and former teammates.

"I got in touch with the doctors that looked after me and one of them happens to be the Sunwolves doctor, so he will be here, and the nurses. And I went out to NEC the other day and saw all the boys there," he said.

"(My teammates) were amazing. They turned up to my bedside, even though some of them don't speak that good English and my Japanese is pretty rough, just bringing gifts and sitting there by me and keeping me company. (It's) something I was really grateful for."

"To see those guys again when I am fit and healthy and able to walk back on my own two feet is pretty special."

After the Sunwolves beat the Chiefs 30-15 last year in New Zealand, scrumhalf Brad Weber hopes Thomson's experience and attitude will inspire his teammates to reverse that upset.

"I was lucky enough to be a student in Dunedin for four years when he was a legend at the Highlanders, so I've looked up to Thomo for some time, so it's pretty cool to play alongside someone who has done it all really," the Chiefs captain said Friday.

"I know he is really pumped (to be playing in Tokyo) so we are all excited for him, especially after his illness and stuff. It's a really inspiring story."