An escalating spat between World Rugby and the Japan Rugby Football Union was behind Brave Blossoms coach Jamie Joseph's recent comments about the timing of a new domestic league, a source close to the matter has told Kyodo News.

In his first press conference since signing on for another four years, Joseph surprised many on Jan. 29 by saying he favored a domestic league that ran from January to May.

He also rued the demise of the Sunwolves and said university rugby was not ideal preparation for test-matches.

The source said the reason for the comments was that Joseph had been blindsided by the JRFU's decision to push ahead with an August/September to January season that would not only limit the time Joseph has with national team players but create overlaps when they are required by both club and country.

In the short term it would conflict with a new tournament proposed by World Rugby, that Joseph and his staff supported at a recent meeting in London.

In the long term it could have repercussions if reports Saturday that South Africa is joining the Six Nations from 2024 prove true, as this could open the door for Japan to play in a revamped Rugby Championship, which runs from August through to the end of September. 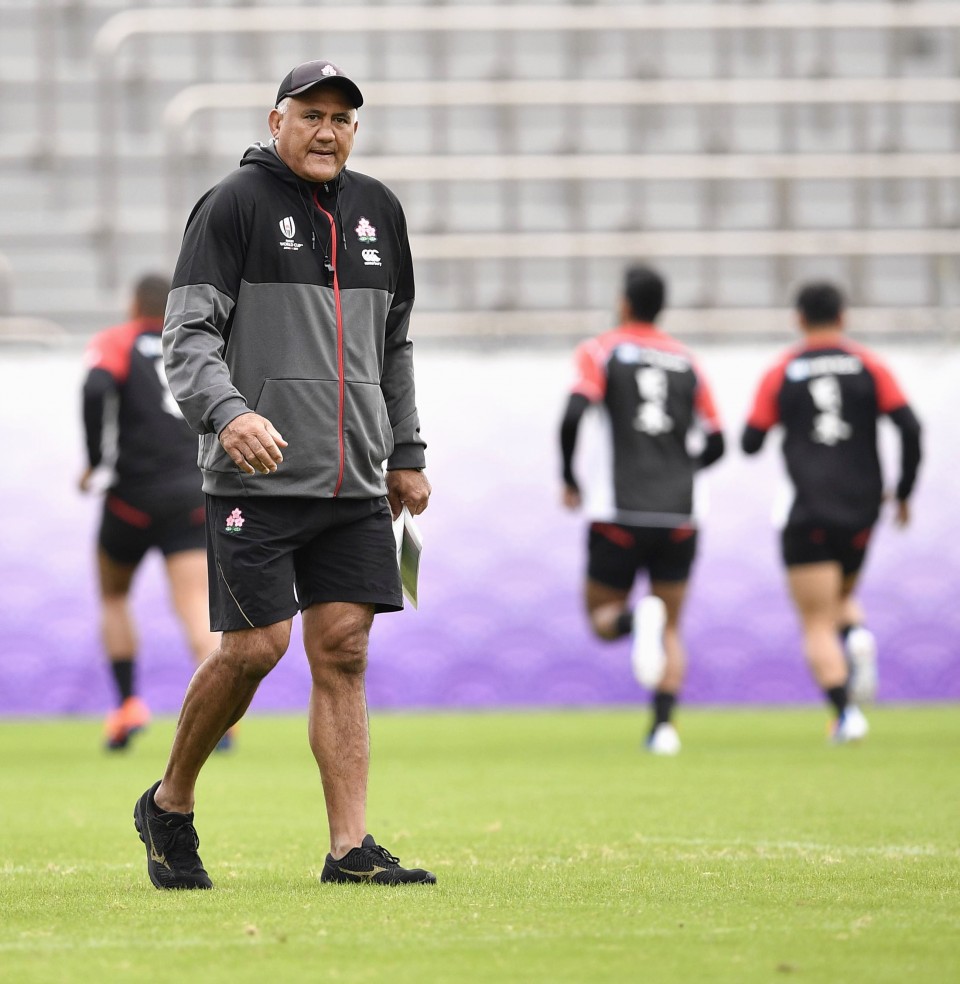 As far as World Rugby is immediately concerned, following the collapse last year of their proposed Nations Championship -- which would have seen the likes of Japan playing Tier 1 nations in a 12-team competition -- the sport's governing body is hoping to launch a worldwide tournament for the top emerging nations by 2021.

"Enhancing competition opportunity, meaning and competitiveness for our unions outside of the Six Nations and The Rugby Championship is critical to the future growth, prosperity and sustainability of the global game," World Rugby Chairman Bill Beaumont said in a recent press release.

High performance and coaching staff from Tier 2 nations including Canada, Fiji, Georgia, Japan, Namibia, Romania, Russia, Samoa, Spain, Tonga, Uruguay, and the United States, as well as representatives from all six World Rugby regions, SANZAAR and the Six Nations met in London to discuss how to bridge the gap between developing and elite sides.

"The key outcome from the meeting was alignment in principle on exploring a competition model that will bring greater context and structure to the international calendar for emerging nations, providing a merit-based process for linking the pathway from the regional tournaments in to a high performance level global competition," World Rugby said in a press release.

It is believed the new tournament would be regionally based with games to be played in August through October. But the JRFU, the source says, have requested the Asia/Pacific teams play their games in March to May. 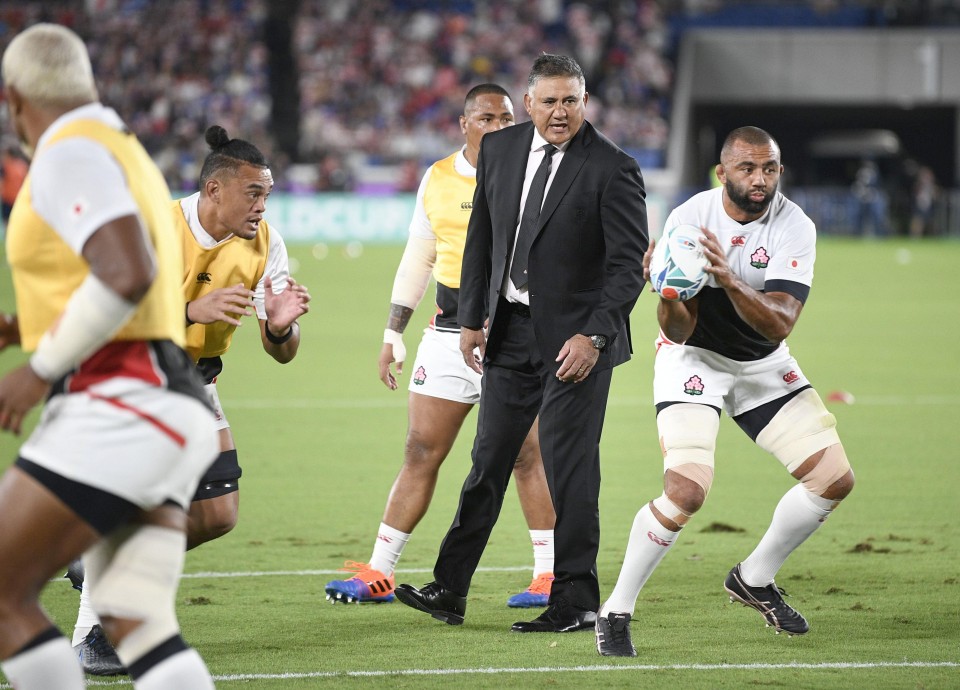 (Japan head coach Jamie Joseph (2nd from R) watches his squad work out ahead of a Rugby World Cup Pool A match against Scotland in Yokohama, near Tokyo, on Oct. 13, 2019.)

This is said to have angered Joseph, who made clear that player welfare and success of the national team should be the JRFU's main priority and that the Brave Blossoms should be together from June to November to ensure they are fully prepared for the July and November tests and whatever competitions they play during the summer.

As Joseph pointed out, if the JRFU continue with their plan to run domestic rugby along the traditional August/September to January season, then there will be times when there is a direct conflict between a player's commitment to his club and his country.

This year the Top League runs from January to May after the 2019-2020 season was delayed five months for the Rugby World Cup.

The national team will then meet up in late May to prepare for a test against Wales on June 27 that falls outside the official test window. Joseph will then have his players through November, during which time they will also play England (twice), Scotland and Ireland in tests organized by World Rugby and against the All Blacks at the end of October (outside the test window and arranged by the JRFU and New Zealand Rugby).

"Having the national players together for that time and then giving them December off is perfect in terms of player welfare," the source said.

The JRFU are currently in the process of trying to formulate a new league that will start in 2021, following an expanded Top League from December 2020 to March 2021 that will be part of the process to determine which teams play in the new competition.

However, confusion remains the order of the day with corporate team coaches (not to mention Joseph) and players still unsure what the future holds, in either the short or long term.