A late brace by substitute Taiki Koyama earned Panasonic Wild Knights their fifth bonus-point win of the season, a 46-27 victory over Toshiba Brave Lupus on Saturday.

Ryota Hasegawa, former Wallaby Daniel Heenan and Australian Dylan Riley each scored tries first-half for Panasonic, who took a 22-17 lead into the break.

Daigo Hashimoto's try leveled the scores six minutes after the intermission, and four minutes later Naikabula crossed after a long throw-in on a lineout took the Wild Knights by surprise.

But most of the day's surprises were spring by Panasonic, whose dummies frequently unhinged the Brave Lupus defense. A bruising run to near the try line by David Pocock set up Takuya Yamasawa for a soft try. Rikiya Matsuda, who kicked 11 points, added the extras to make it 29-27.

Koyama then scored twice on dummies, running into space as soon as the nearest defender took his eyes off him. 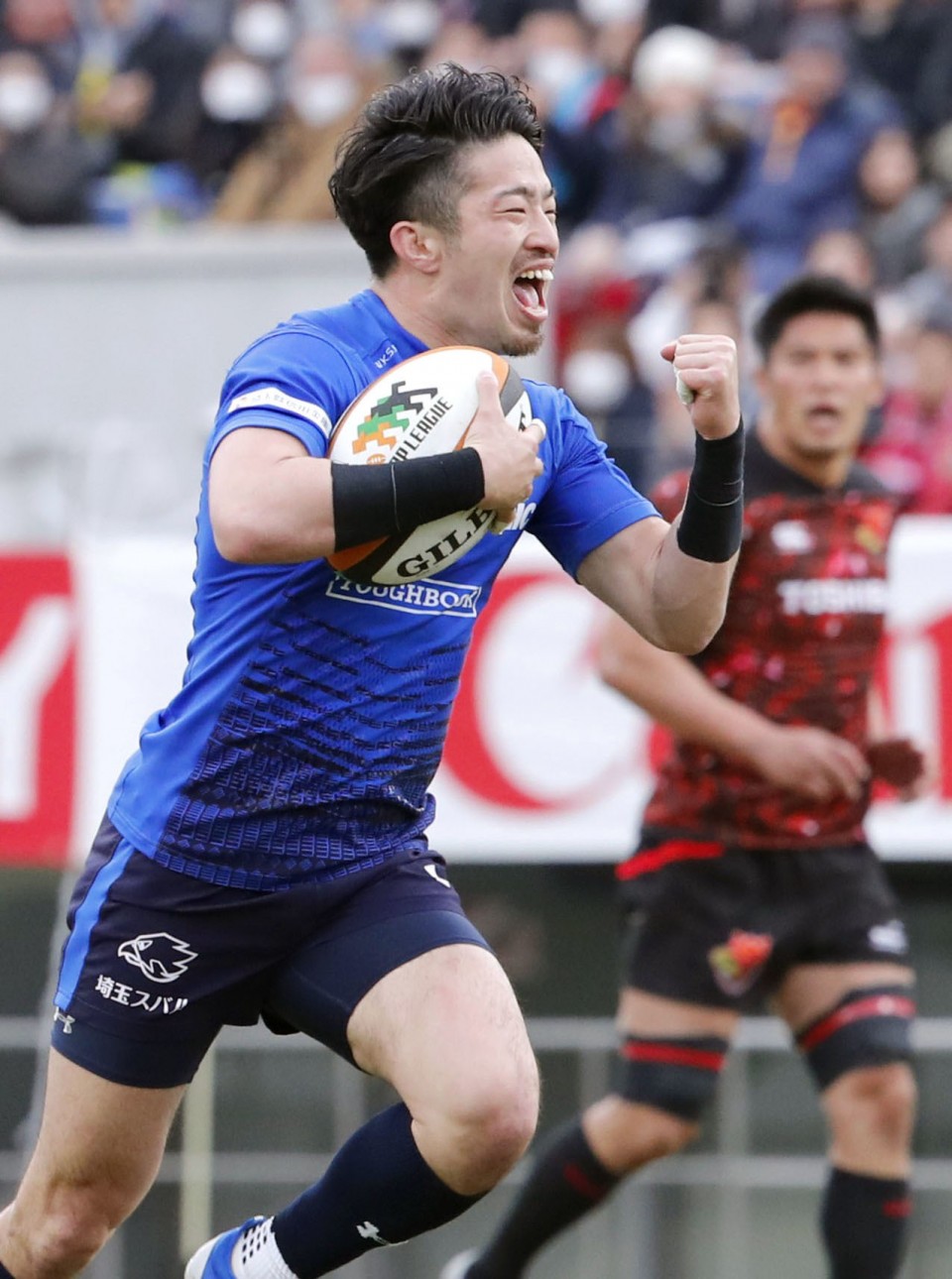 The loss was Toshiba's first of the season and left them fourth, seven points behind the Wild Knights.

Kobe Kobelco Steelers stayed two points back of Panasonic with a 43-6 win over Ricoh Black Rams with Shintaro Hayashi bagging a brace and Hayden Parker scoring eight with the boot.

Fifth-place Suntory Sungoliath likewise pounded Toyota Verblitz, who could not score until the 70th minute of a 60-14 demolition.