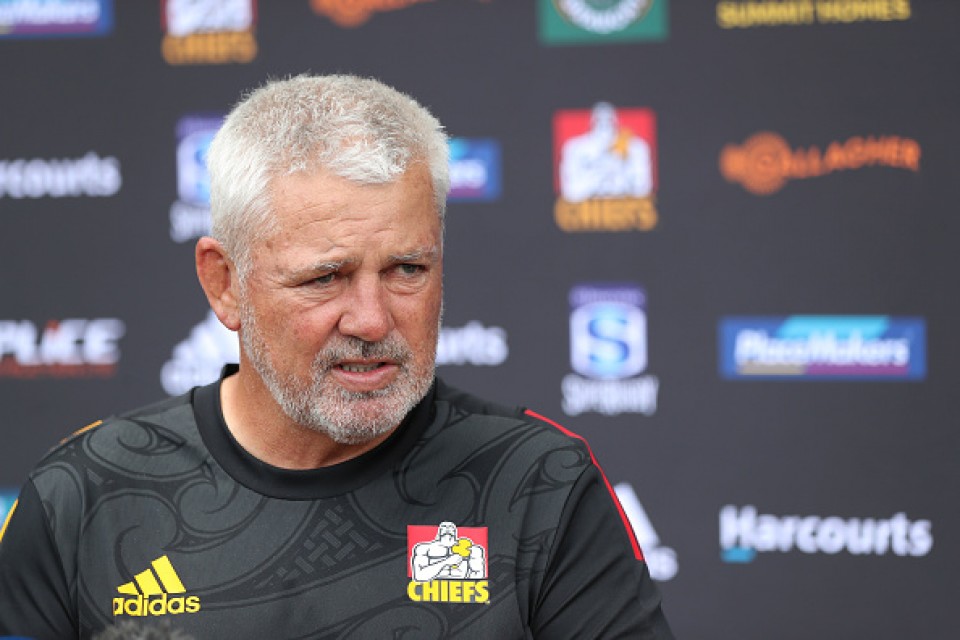 TOKYO - British and Irish Lions coach Warren Gatland confirmed Saturday that Japan could be in line to face the famed touring team before they head to South Africa next year.

According to a report overnight from The Daily Telegraph in England, the Brave Blossoms will play the Lions -- who tour the Southern Hemisphere once every four years -- in the United Kingdom before they head south to play eight games, including three tests against the world champion Springboks.

"The Lions are planning a warm-up game somewhere in the U.K. in either London, Wales or Edinburgh," said Gatland, who had earlier watched his Chiefs side beat the Sunwolves 43-17.

"There are two or three parties we are talking to, the Barbarians, New Zealand Maori and Japan. So yes, Japan is potentially an option."

The 56-year-old New Zealander is back in Super Rugby following 12 years in charge of the Wales national team. During his time in the Northern Hemisphere he was an assistant coach on the 2009 Lions tour to South Africa before becoming head coach on their 2013 and 2017 tours to Australia and New Zealand, respectively.

He will take a year off following the 2020 Super Rugby season to prepare for the Lions tour and that warm-up game, which he said will take in "in 15 to 16 months' time in June 2021."