For the first time in over 38 years, the Japan Sumo Association's rankings, published Monday, have only one wrestler at the sport's second-highest ranking of ozeki, but if sekiwake Asanoyama has his way, that situation will soon be remedied.

After going 10-5 in January and 11-4 in November, 12 wins at the March 8 to 22 Spring Grand Sumo Tournament at Edion Arena Osaka should be enough to earn him a bump up to ozeki. Asanoyama, who turns 26 on Sunday, leads the sekiwake pair from the more prestigious east side of the rankings table.

"There is another spot available for ozeki. I want to make the most of this opportunity," Asanoyama told a press conference on Monday. "I'm aiming for not just 12 wins but more."

In January, both yokozuna were forced out due to injury, opening the door once more for less heralded wrestlers to shine and for the tournament's lowest-ranked wrestler, west No. 17 maegashira Tokushoryu to win.

Although yokozuna Hakuho has not been at peak strength since breaking his right little finger last year, he has been training. Named to lead the rankings table from the east side, the Mongolian-born master will turn 35 on March 11. He is going for his first championship since November, which would extend his record career haul to 44.

Kakuryu sits opposite in the west yokozuna slot. The Mongolian grand champion, however, was troubled by a bad left ankle in January and has not completed a grand tournament since he went 14-1 to win in Nagoya last July. 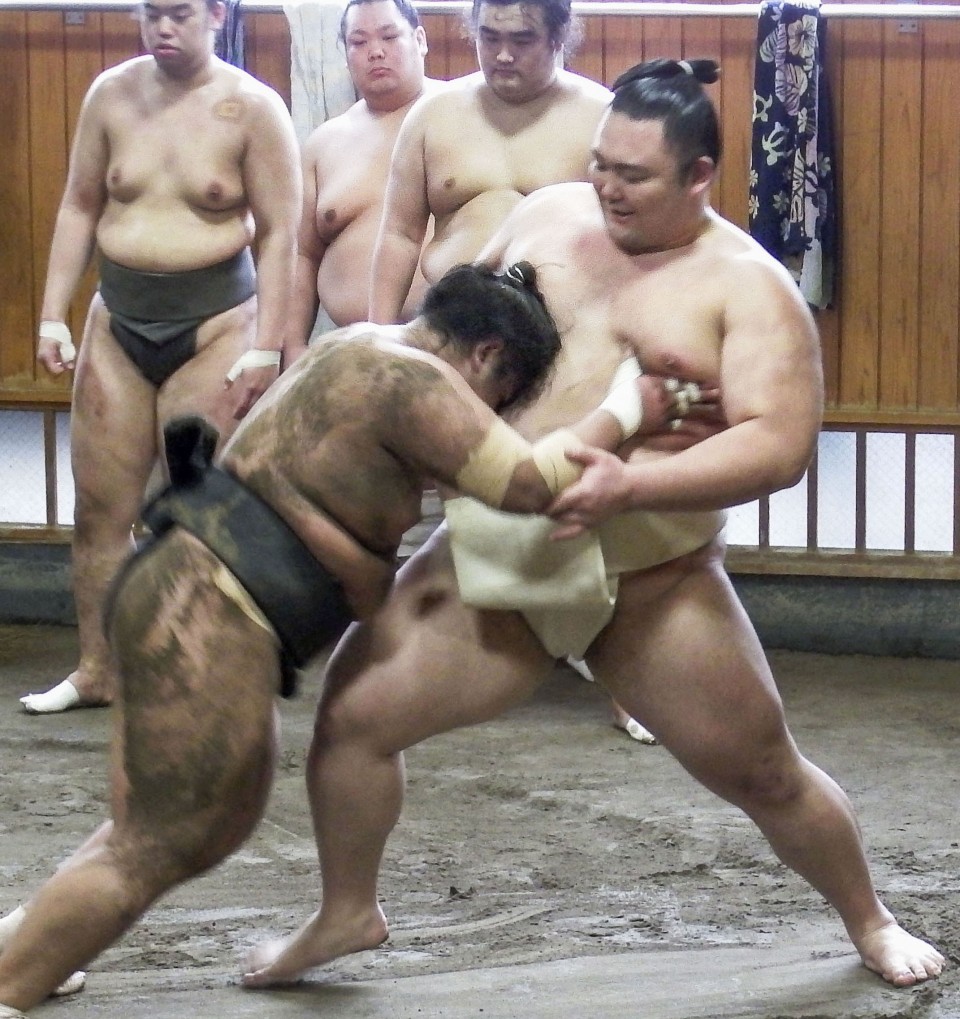 (Asanoyama (R) is pictured in practice in Tokyo on Feb. 14)

Shodai, who went 13-2 in January as a No. 4 maegashira, reclaims the sekiwake ranking he last held in January 2017.

Hokutofuji and Endo both return as komusubi for the first time in two tournaments.

Following his stunning victory in January, Tokushoryu was promoted 15 places to No. 2 maegashira.

Taking up the lowest position in the makuuchi division at No. 18 maegashira is top-flight debutant Kotonowaka. He joins two other juryo wrestlers making their returns to the upper tier, Nishikigi and Daiamami.

The name conspicuously absent from the makuuchi division promotion list is that of former ozeki Terunofuji. The 28-year-old Mongolian went 13-2 as a No. 13 juryo wrestler to win the division in January, but was only moved up to No. 3 juryo.