A day after a Cinderella story unfolded at Tokyo's Ryogoku Kokugikan, Tokushoryu spoke about his improbable victory at the New Year Grand Sumo Tournament and the whirlwind of emotions that came with his newfound fame.

"This is amazing. What have I done," said the 33-year-old veteran and No. 17 maegashira, who became the first bottom-ranked wrestler in 20 years to win the Emperor's Cup.

"It feels like a dream. I don't feel like myself. I feel I'm walking on clouds," he said.

At the morning-after press conference on Monday, Tokushoryu got choked up trying to find the right words when reporters asked him how it all happened -- how he became co-leader by Day 11 and went on to beat ozeki Takekeisho for the first title of his 11-year career.

Tokushoryu won with a 14-1 record and delivered the first makuuchi championship for his Kise stable, despite spending 12 of the last 13 grand tournaments in the second-tier juryo division. 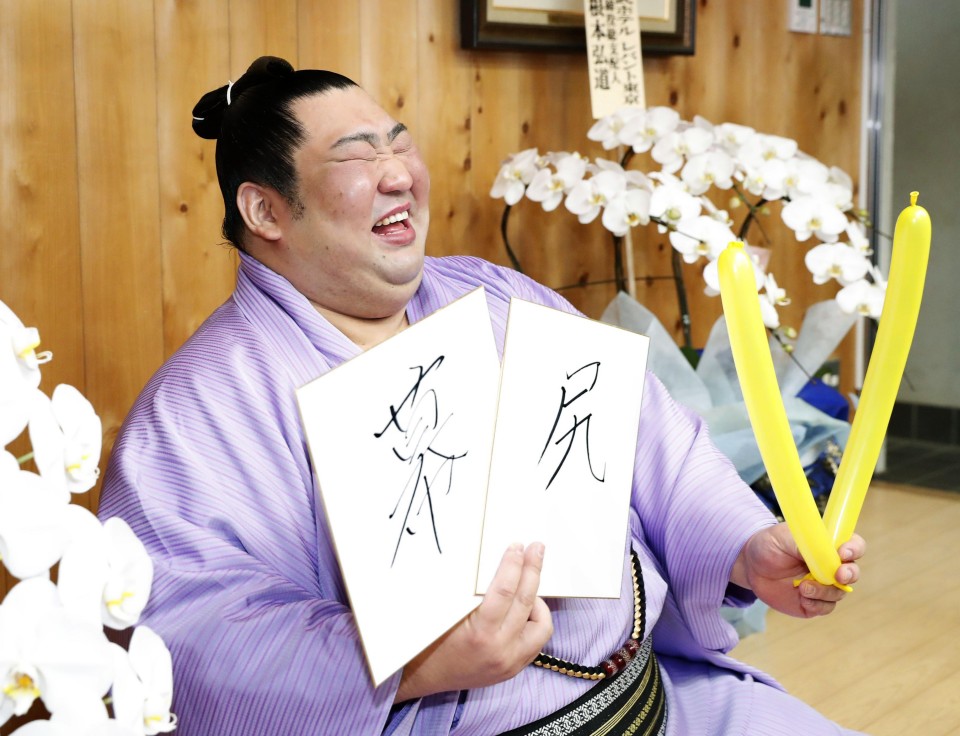 He also won two of the three post-tournament prizes -- the Outstanding Performance Prize and the Fighting Spirit Prize -- for the first time in his career.

Tokushoryu said he never imagined this day would come, not thinking of himself as the champion type or deserving of the special prizes. But he showed how a weakness can be a strength at times, especially when there is nothing to lose and everything to gain.

"I've always said this, but there were no wrestlers below me in rank and I had my own fight to fight every single day, so I tried not to worry about anything else," he said.

"I didn't think about what it would take for me to win the championship. (During the 15-day tournament) I couldn't even remember how many bouts I won or what day it was. I was that focused."

Tokushoryu said he had no problem sleeping during the year's first grand tournament, and it helped that his wife lightened things up with laughter in their house, but that last night he was so excited he couldn't sleep. 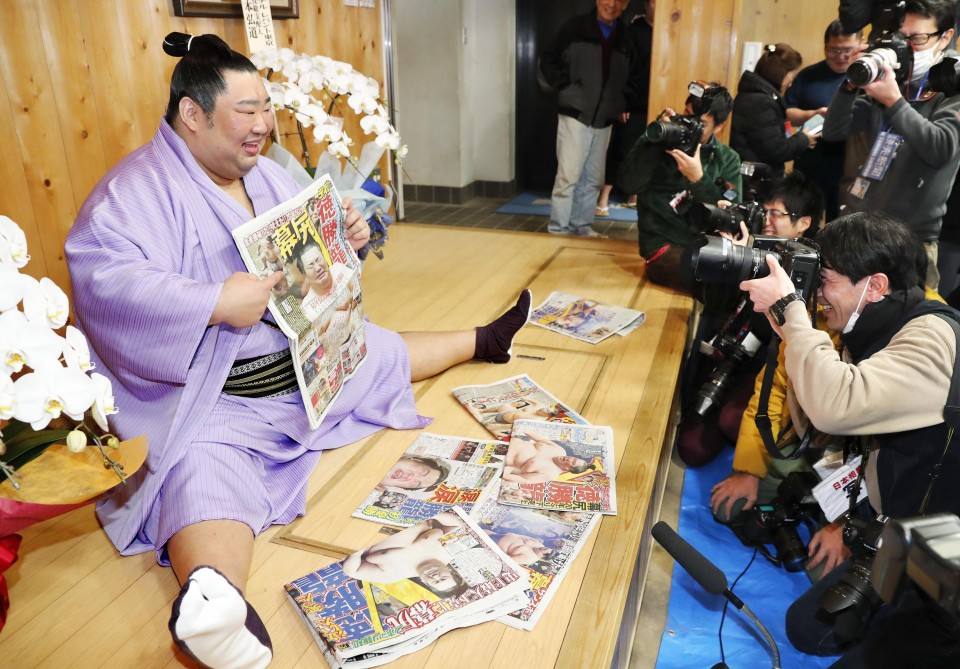 The rank-and-filer was still on cloud nine after slamming down Takakeisho in the final bout on Sunday, right before the 1.81-meter, 188-kilogram wrestler broke down in tears of joy.

"I might have cried too much, but at that moment I felt relieved from all the pressure," he said.

Tokushoryu promised to learn from his failures, having finished 4-11 the last time he joined the makuuchi ranks in May 2019 after a long stint in the juryo division.

"I lost my appetite for victory then because I was satisfied competing in the makuuchi division, and that led to a bad record. I learned that I should never stop and should keep aiming to get better," he said.

"After that change of heart, things have been different. Now that I've won a championship, I have to keep winning from here or I'd get laughed at. The cheers are getting louder at the basho and that's what motivates me. I want to hear that cheering again."