Japan to repatriate citizens from virus-hit Wuhan in chartered planes

Japan will dispatch chartered planes to the central Chinese city of Wuhan, possibly on Tuesday, to bring back citizens who wish to return home amid a deadly outbreak of coronavirus, government officials said Monday.

The government is also considering sending a government plane in addition to the two chartered planes from Narita airport near Tokyo to Wuhan in Hubei Province and return to Haneda airport in the capital, a senior Foreign Ministry official said.

At a press conference Monday, LDP Secretary General Toshihiro Nikai said the chartered planes are "expected to leave Tuesday morning when they are ready."

All Nippon Airways Co. said last week it would suspend all flights between Wuhan, where the new virus was first identified, and Narita for the rest of this month due to the outbreak of the new virus. 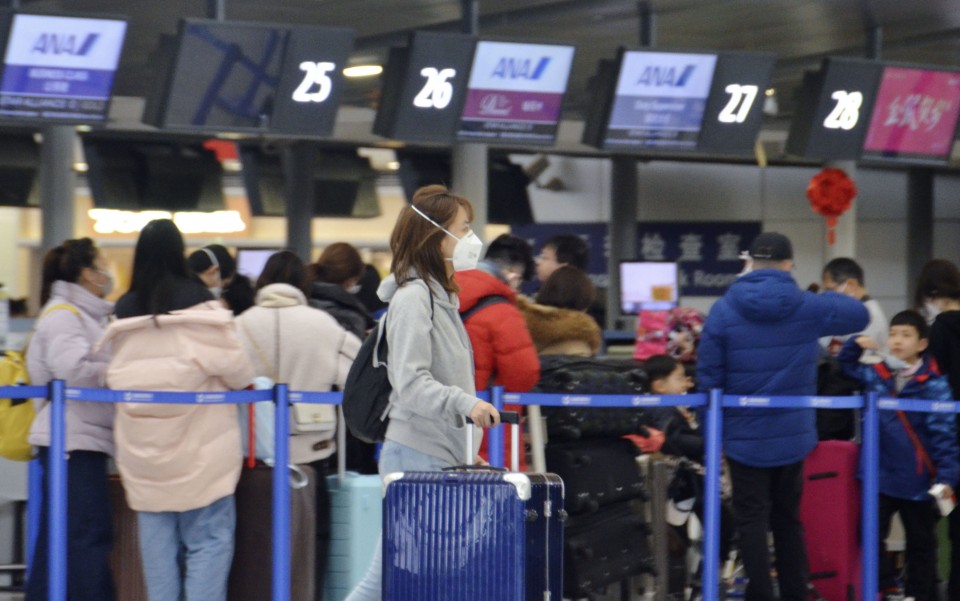 Direct flights usually connect Wuhan to around 50 cities worldwide, including Tokyo and Osaka.

Honda Motor Co., which jointly operates three plants in Wuhan with local companies, said it will use the chartered plane to bring back some 30 employees and their families. A few employees of the company will remain in the city to help restart operations of the plants, which are currently closed for the Lunar New Year holiday period. It remains unclear whether the plants can resume operations following the break, a company source said.

Wuhan is known for a thriving automobile industry. Another Japanese automaker, Nissan Motor Co., and its French partner Renault SA, also have plants in the city.

Japanese retail chain Aeon Co., which operates a mall in Wuhan, said it will evacuate some of the 12 Japanese staff there, using the government-chartered flight. The families of the employees have already returned to Japan, the company said.

"We don't know the impact on the economy yet, but the outcome will be different depending on how swiftly measures are taken," Hiroaki Nakanishi, chairman of the Japan Business Federation -- the country's biggest business lobby also known as Keidanren -- said at a press conference Monday.

Prime Minister Shinzo Abe said the Japanese government will designate pneumonia caused by the new coronavirus as a special infectious disease, with the aim of making it possible to provide urgent treatment to those infected using public funds.

The measures include the compulsory hospitalization of infected people at one of the approximately 400 designated medical institutions in Japan, as well as disinfection of sites where the virus has been detected. Doctors will be obliged to report any patients who test positive for the virus.

For those who return home on the chartered plane, the Tokyo metropolitan government said it will offer health consultations at hospitals.

China has more than 2,700 confirmed cases of pneumonia caused by the virus, with at least 80 deaths and over 460 people in critical condition, according to the Chinese government.

The 11 million residents of Wuhan are in virtual lockdown as authorities seek to keep the virus from spreading.