China's ban imposed Monday on all outbound group travel to stop the spread of a deadly coronavirus has come as a blow to Japan's retail and tourism sectors, which had been looking forward to robust spending by Chinese visitors during the Lunar New Year holidays.

Analysts say the ban imposed on Chinese travelers is likely to hit some businesses in Japan, where there were expectations that increasing tourists from China and elsewhere during the Lunar holidays and the Tokyo Olympics and Paralympics this summer would help offset risks posed by the consumption tax hike last year.

Travel agency JTB Corp. has canceled all tours in Japan that it has been requested to organize by a Chinese company during the holidays, while rival H.I.S Co. and Hato Bus Co., an operator of tour buses in the Tokyo area, are also seeing cancellations.

Japan Airlines Co. and All Nippon Airways Co. said some reservations on flights connecting to and from China have been called off. ANA has said last week it will suspend all flights between Wuhan and Narita for the rest of this month due to the virus outbreak.

"Recent sales of our duty-free products have been robust, but there will certainly be an impact going forward," said an official of Matsuya Co.'s department store in Tokyo's shopping district of Ginza. 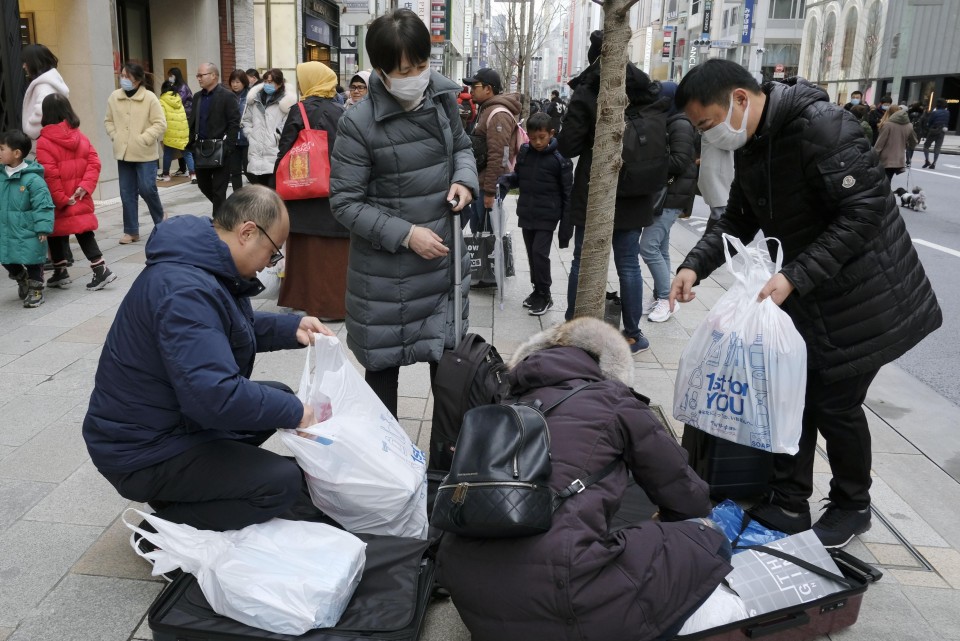 (Chinese tourists pack a large number of masks into their suitcases after buying them in Tokyo's Ginza shopping district on Jan. 26, 2020.)

According to another department store operator, Takashimaya Co., almost 10 percent of total sales at its stores are made to foreign visitors, with Chinese tourists accounting for 80 percent of that.

"There's nothing that we can do (about an expected sales fall) so we'll see how the situation develops for now," a Takashimaya official said.

Sales at department stores in Japan already slumped in 2019, falling 1.4 percent from the previous year on a same-store basis for the second straight year, with the drop blamed on poor summer weather and a warm winter.

In the Tokyo stock market, the retail and tourism sectors were hit hard Monday, reflecting concern over the impact on earnings of a possible sharp fall in Chinese visitors.

H.I.S. ended the day down 6.8 percent at 2,548 yen, while cosmetics maker Shiseido Co. dropped 5.5 percent to 7,060 yen, as its products are popular among travelers from the world's second-largest economy.

The decrease in Chinese visitors comes as a setback for the Japanese government's goal of attracting 40 million visitors from overseas this year.

The number of Chinese travelers jumped to 9.59 million last year, a 20-fold increase from 2003, buoyed by the gradual easing of visa requirements.

Chinese at present account for 30 percent of the total number of foreign visitors to Japan and have been the largest group since 2015. 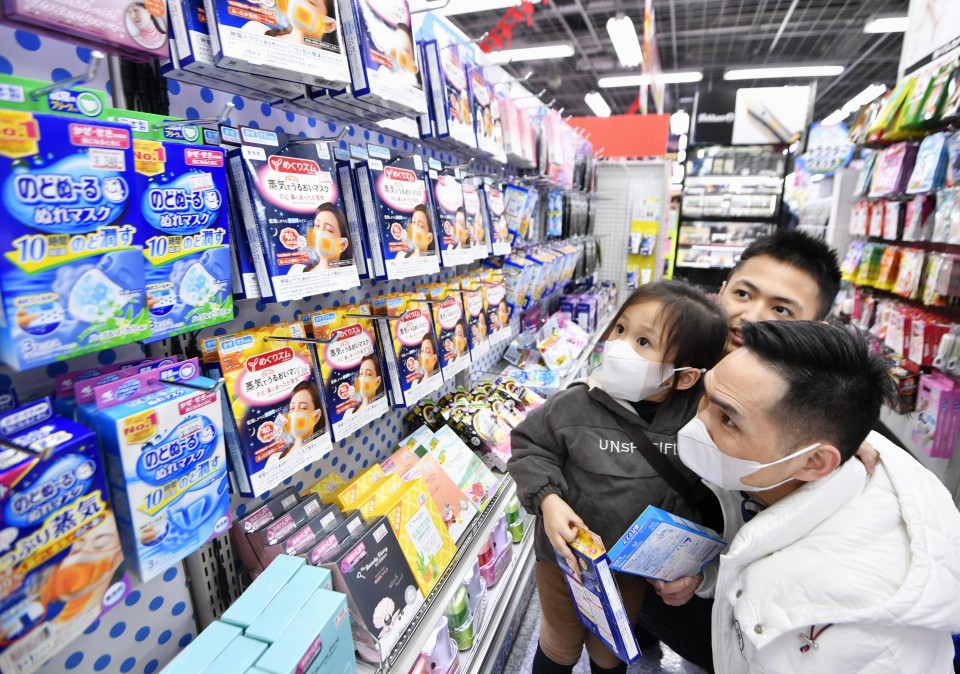 Round-trip flights connecting China and Japan reached 1,400 per week in the current wintertime flight schedule from October to March, up 19 percent from the summertime schedule from April to September.

A senior official of the Japan Tourism Agency said, "We still can't be sure of the impact of the group travel ban, but there's no doubt that the number of customers from China will drop."

Economists said consumer spending may slow if people in Japan stay home out of fear of infection, which would dent production as well.

The new virus has come "at the worst time" for the world's third-largest economy as tourists during the Lunar New Year holiday were expected to spark private consumption, which has slowed since the consumption tax hike last year, said Toshihiro Nagahama, executive chief economist at Dai-ichi Life Research Institute.

Analysts pointed to the potential impact on the operations of Japanese manufacturers in China if their supply chains are disrupted. Wuhan, the central Chinese city where the new coronavirus originated, is home to manufacturing plants belonging to Japanese automakers Nissan Motor Co. and Honda Motor Co., as well as France's Renault SA. 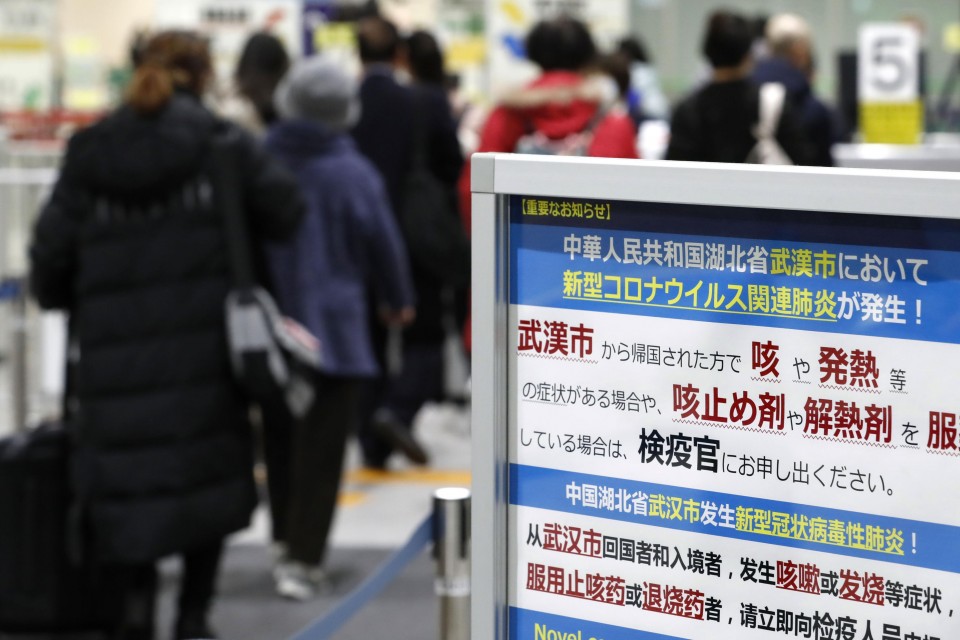