Grand champions Hakuho and Kakuryu each fell to their second defeats at the New Year Grand Sumo Tournament on Tuesday, leaving the title open for sekiwake Asanoyama and a pair of rank-and-filers who share the lead.

Hakuho was unceremoniously slapped down by his opponent, Myogiryu (1-2), on Day 3 at Tokyo's Ryogoku Kokugikan, after being skillfully denied an inside belt hold by the top-ranked maegashira. 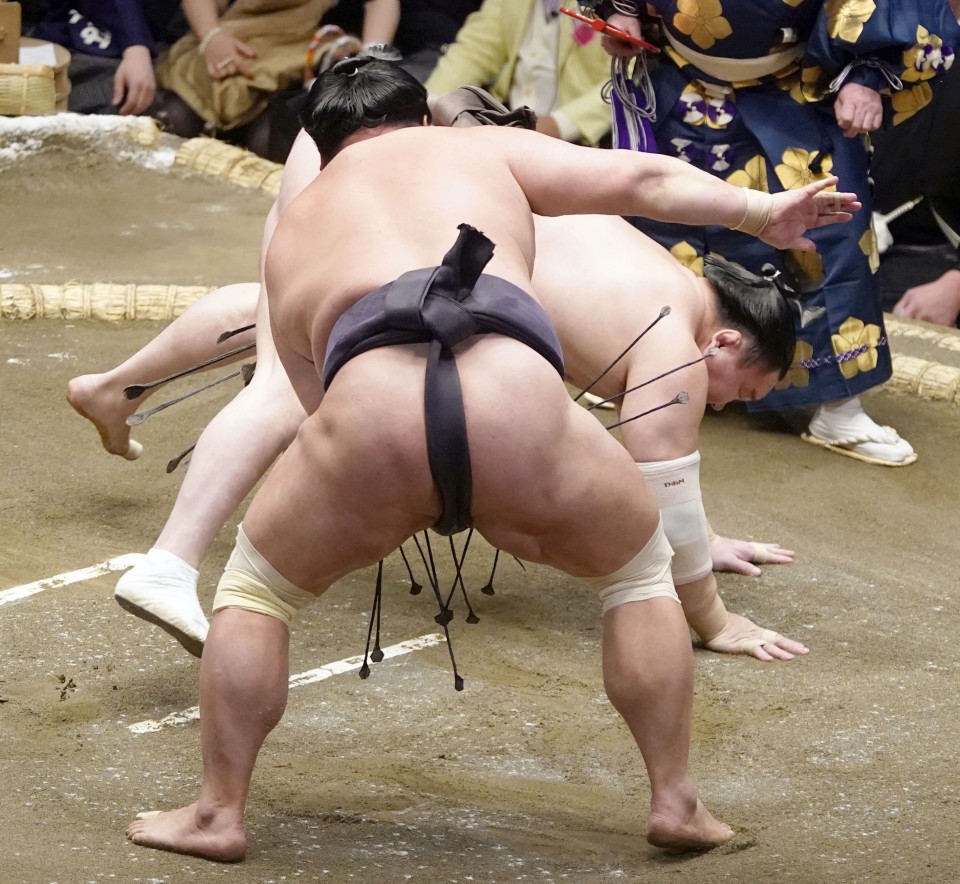 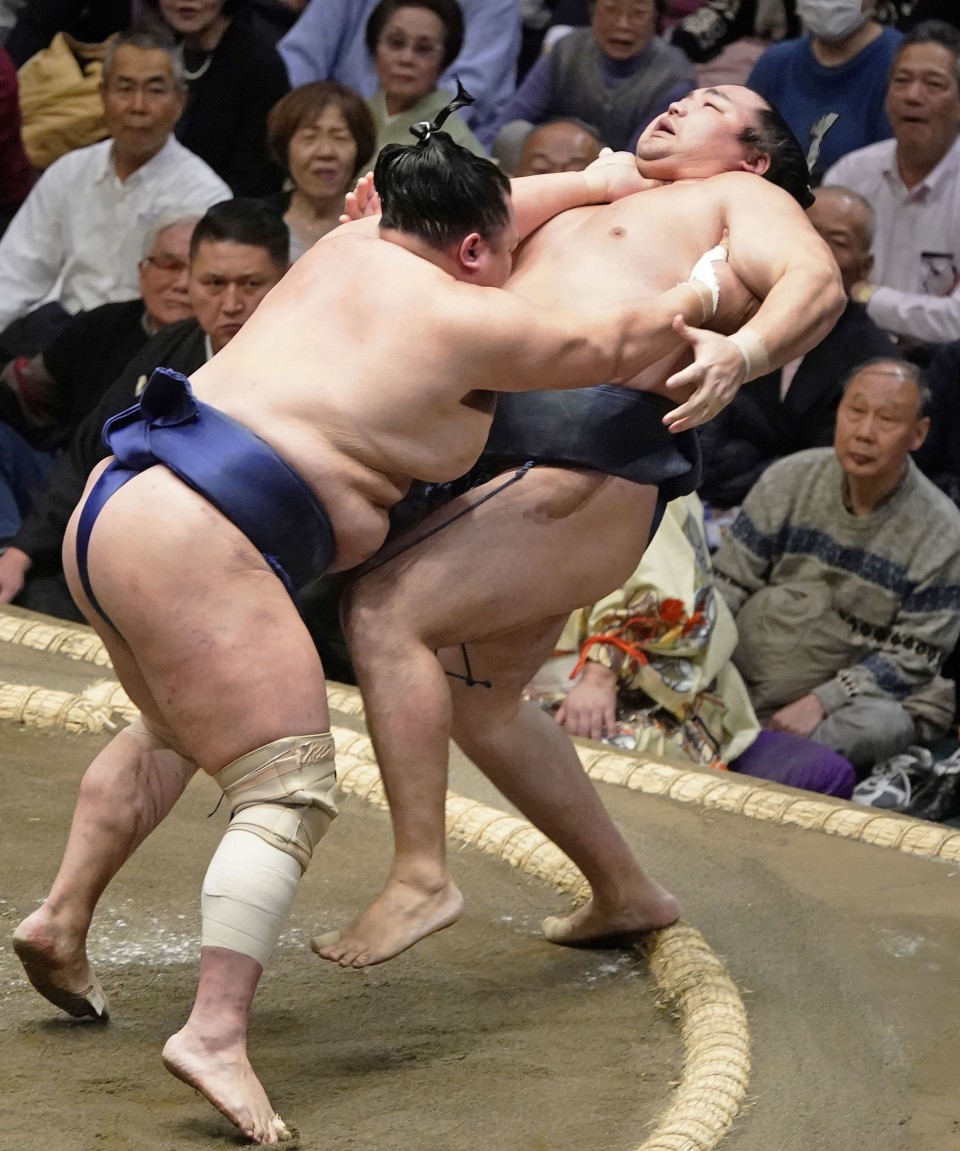 Myogiryu had only beaten the Mongolian-born yokozuna once in 21 previous match-ups and picked up his fifth "kimboshi" prize for beating a grand champion as a rank-and-file wrestler.

Asanoyama, who won his first top-division title last May, earned his third straight win of the meet and remains in prime position to hoist another Emperor's Cup.

The new sekiwake easily wrapped up No. 4 Okinoumi (1-2) with a left-handed belt hold and edged his opponent over the straw. 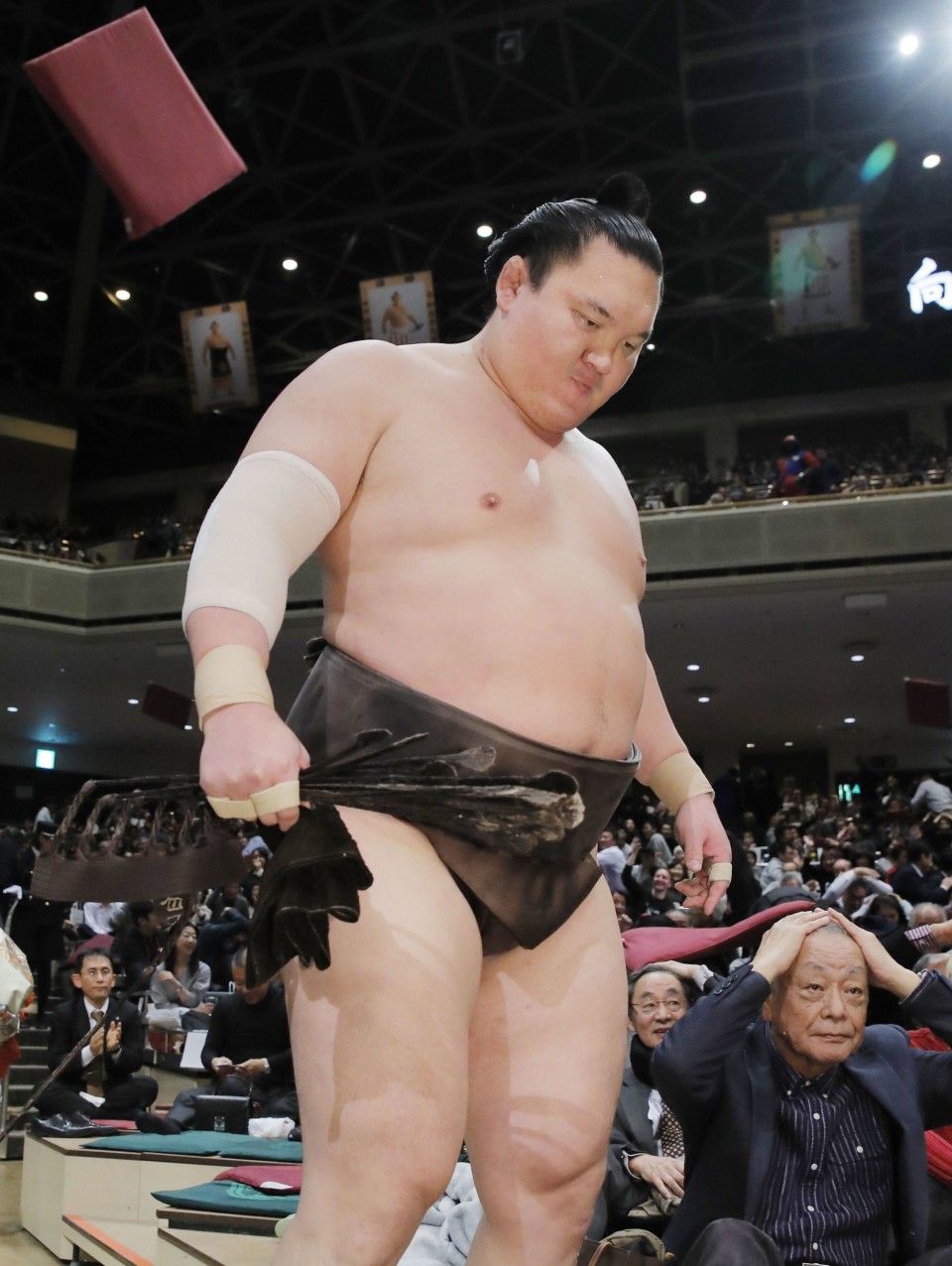 Grand champion Kakuryu suffered his second upset of the tournament, this time at the hands of No. 2 Hokutofuji, who improved to 3-0 after beating both ozeki over the first two days of the year's first meet.

Kakuryu took Hokutofuji to the edge but the maegashira rallied, pushing him back and kept pressure on the yokozuna as Kakuryu tried unsuccessfully to pull Hokutofuji down.

Endo shifted to the side to avoid absorbing the brunt of Goeido's initial charge, then pulled the injury-plagued veteran around and launched him out to his third straight loss. 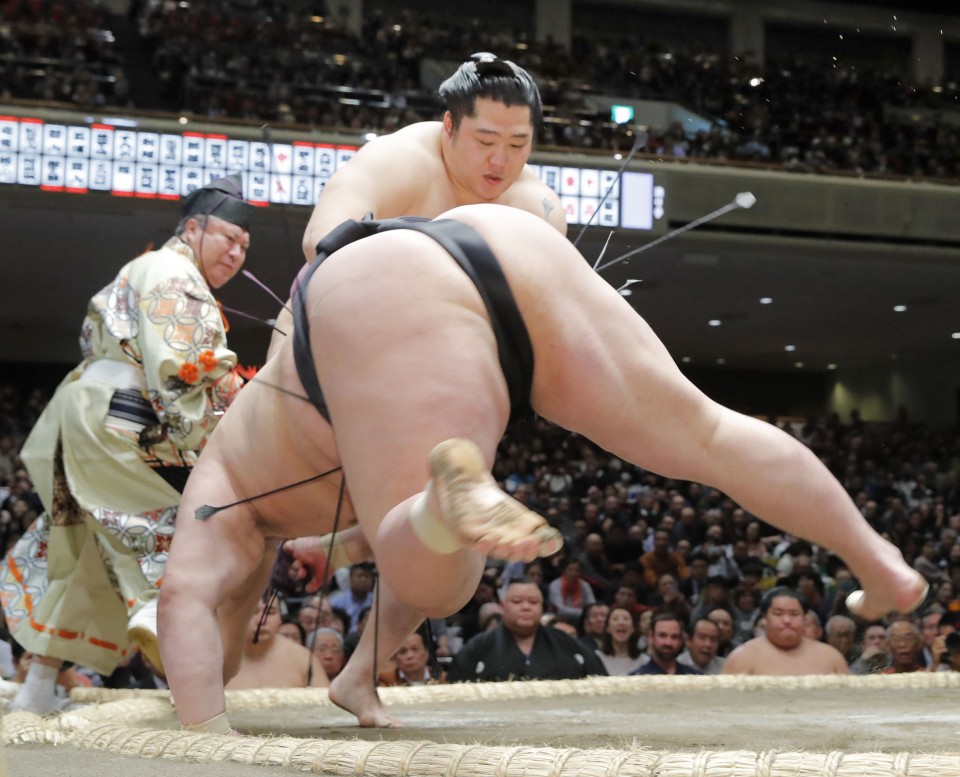 Goeido needs to finish the tournament with a winning record to keep his rank.

Takakeisho (2-1) overpowered new komusubi Daieisho in a thrusting battle and bounced back from his Day 2 loss against Hokutofuji.

Daieisho got in several good shoves before the ozeki landed a powerful blow that shifted Daieisho to the edge and allowed Takakeisho to plow him out.

Sekiwake Takayasu collected his second win on the road to securing a promotion back to ozeki, beating fellow half-Filipino grappler Mitakeumi (1-2). 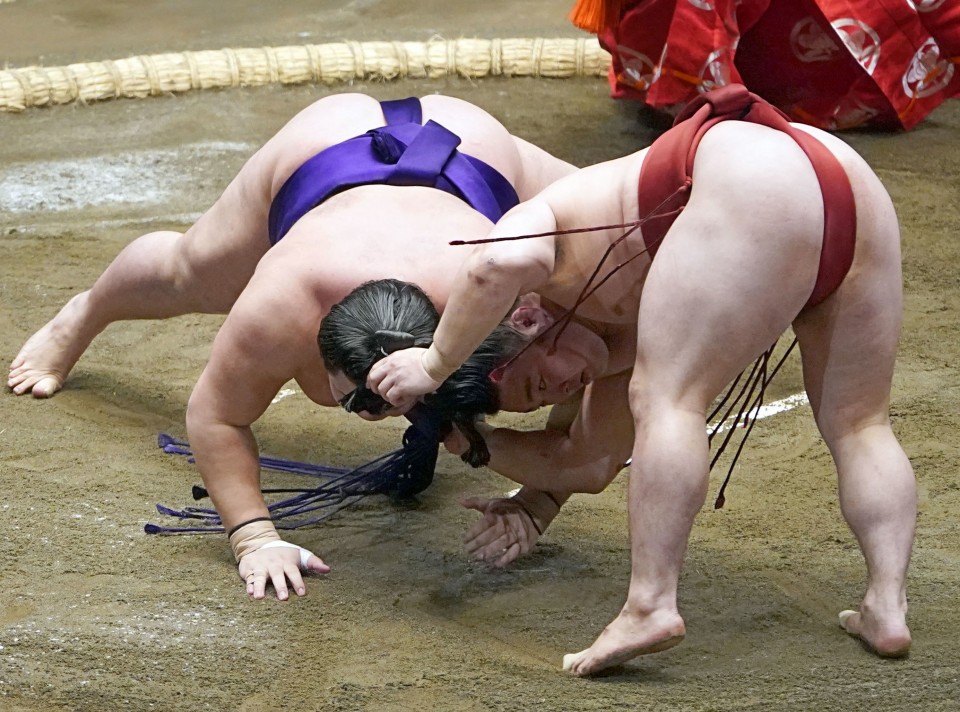 Takayasu, who is aiming for at least 10 wins here, kept the No. 2 maegashira at arm's length as Mitakeumi resisted, then took him down with a textbook slap-down maneuver.

Komusubi Abi remains winless and still on the brink of 100 top-division victories after being quickly bulldozed off the dohyo during a rematch with No. 3 Tamawashi (2-1).

Tamawashi, who won his first elite makuuchi championship here last year, also drove Abi out in their first bout, but both men stepped out of the ring at the same time and were ordered to fight again.

Six wrestlers remain perfect after three days of action in Tokyo. No. 4 Shodai, No. 11 Kagayaki and No. 14 Terutsuyoshi all retained their spotless records with wins against No. 6 Takarafuji (1-2), No. 12 Chiyomaru (1-2) and No. 15 Azumaryu (2-1), respectively.