Rank-and-filers Shodai and Tokushoryu maintained their joint lead with one-loss records at the New Year Grand Sumo Tournament on Wednesday, while ozeki Goeido staved off demotion by avoiding an eighth defeat.

The new komusubi kept Shodai upright and on the ropes for the majority of the bout, but the maegashira held his ground and forced Daieisho from the ring with a last-gasp shove. 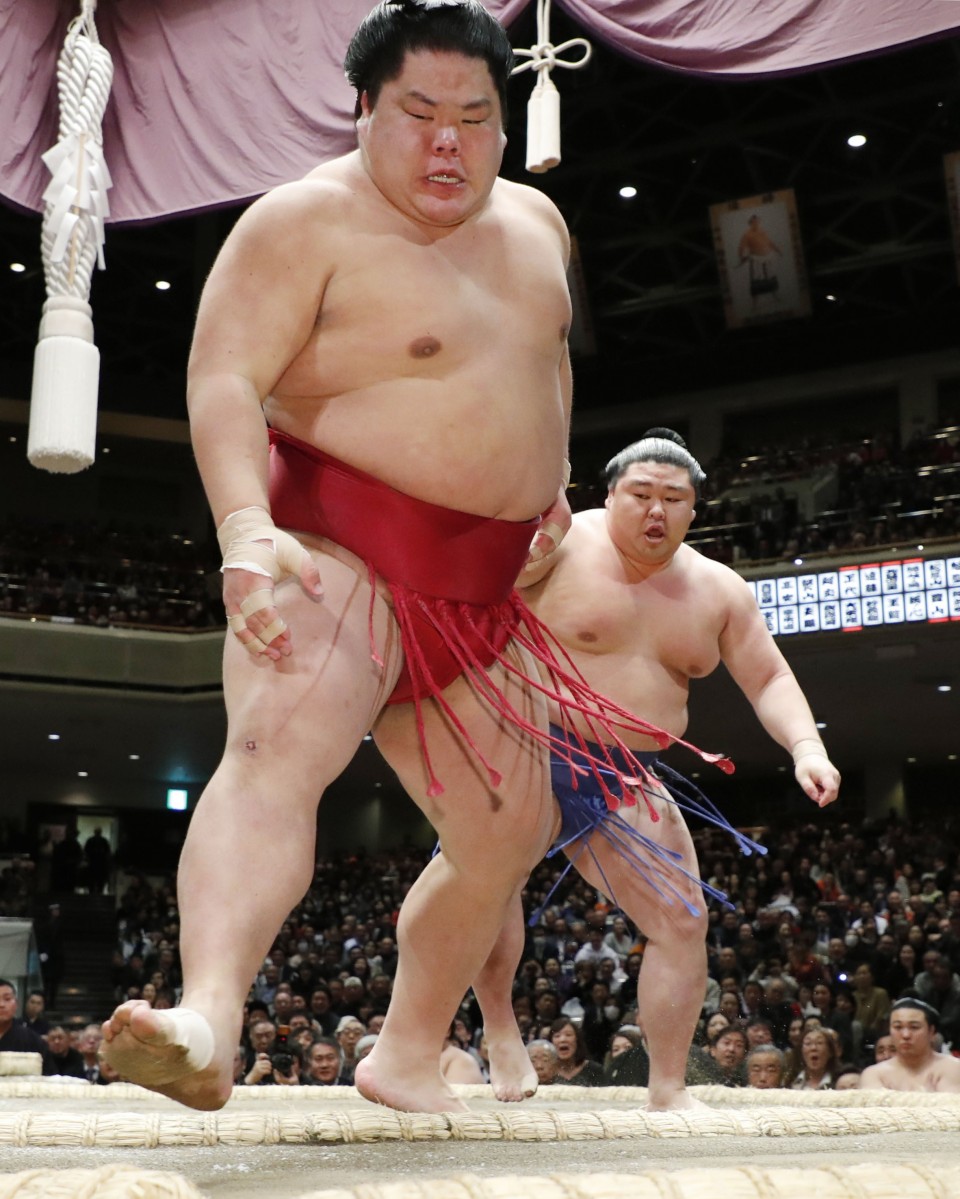 The Bulgarian gained the upper hand as the big men went chest to chest, and looked primed to drive Tokushoryu out. But Tokushoryu twisted Aoiyama down at the edge of the ring and avoided stepping out before his opponent hit the ground.

Shodai, whose only loss came against Goeido on Day 7, faces komusubi Abi on Day 12 of the 15-day meet, while Tokushoryu takes on No. 11 Kagayaki, who is tied for second. The two joint leaders are both chasing their first top-division title.

Goeido (4-7) managed a win against his former fellow ozeki Takayasu (4-7), who holds a 19-13 advantage in their head-to-head record. Goeido latched onto Takayasu's belt and steadily budged the sekiwake out.

As a demotion-threatened "kadoban" ozeki, Goeido needs to win all of his remaining bouts to avoid relinquishing the rank he has held since 2014. 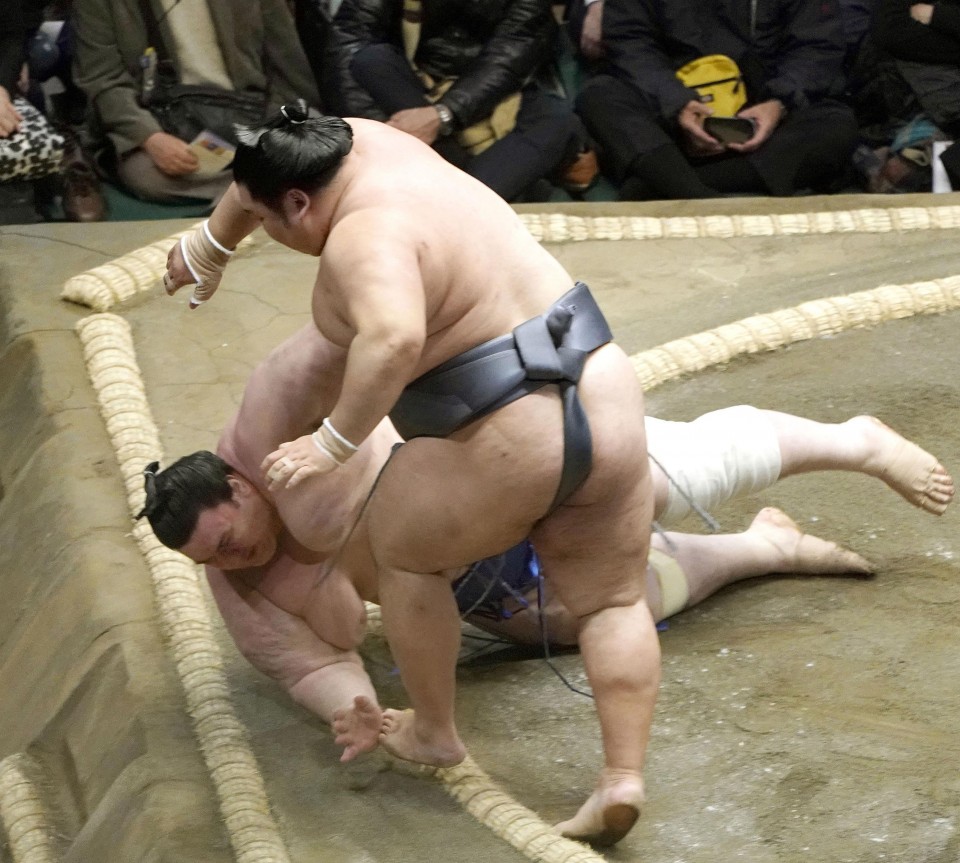 Ozeki Takakeisho, No. 9 Yutakayama and Kagayaki remain one win behind the leaders at 9-2 after prevailing in their respective bouts on Day 11.

Takakeisho made quick work of No. 6 Takarafuji (5-6), launching him back with a strong blast and bulldozing the maegashira out of the ring.

Yutakayama triumphed in a thrusting contest with No. 7 Shohozan (5-6), while Kagayaki repelled No. 16 Tochiozan (7-4) and pushed him over the straw.

Sitting two wins off the pace are No. 2 Hokutofuji and No. 14 Terutsuyoshi, who both secured winning records on Day 11.

Hokutofuji, who beat both ozeki and yokozuna Kakuryu in the first days of the meet, pulled off a stunning reversal against No. 3 Tamawashi (3-8). Terutsuyoshi slapped down No. 9 Takanosho (5-6).

In other bouts, Asanoyama (6-5) and No. 5 Enho (6-5) met for the first time, with the division's lightweight bouncing back from his Day 10 loss to Takakeisho.

Enho sidestepped Asanoyama's initial charge, then deftly grabbed the new sekiwake by the arm and hastily flung him out.

No. 2 Mitakeumi (7-4) won a hard-fought match against Abi (5-6). Abi went thrust-for-thrust with the former sekiwake until Mitakeumi found a gap and slipped to the side while pushing Abi out from behind.