Japanese Economic and Fiscal Policy Minister Yasutoshi Nishimura and his Chinese counterpart He Lifeng discussed Wednesday the rising tensions in the Middle East, stressing the importance of regional stability in the wake of Iran's missile strikes against U.S. forces in Iraq.

"Rapid fluctuations in financial markets or excessive speculative movements that do not reflect the macroeconomic fundamentals are undesirable," Nishimura told reporters following a working dinner with He in Beijing.

"Since appreciation of the yen and a rise in oil prices can negatively impact the Japanese economy, we want to pay close attention," he said. 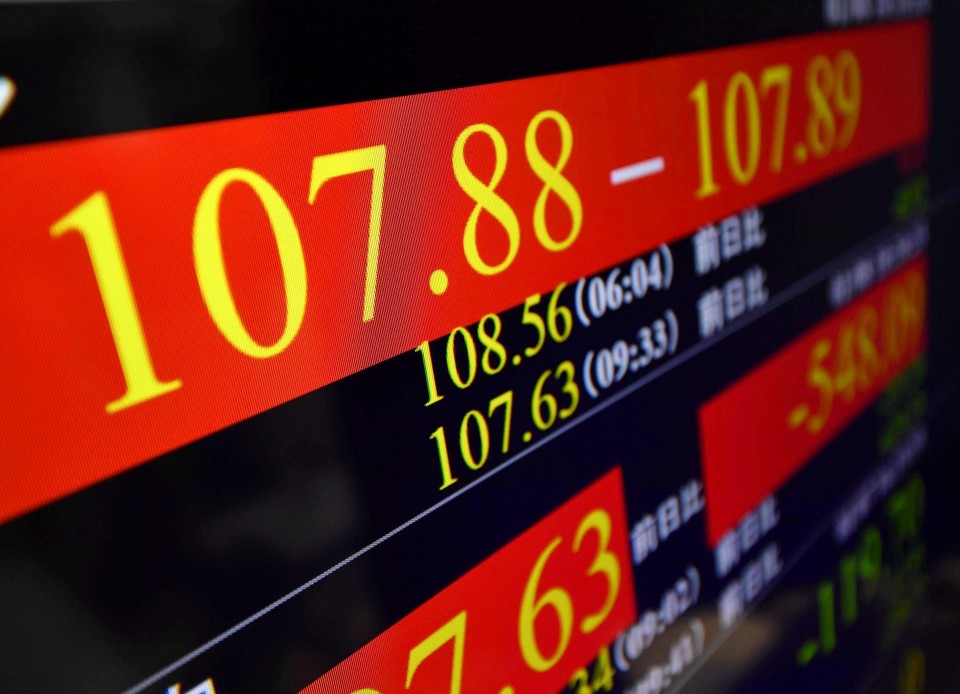 (A financial board in Tokyo shows the U.S. dollar falling to a three-month low in the 107 yen level on Jan. 8, 2020, as Middle East tensions escalated after Iran fired missiles against Iraqi bases hosting U.S. troops.)

Nishimura's remarks come amid rising fears over an all-out war after Iran launched missile strikes against U.S. forces in Iraq earlier on Wednesday in retaliation for the recent killing of a top Iranian general by the U.S. military.

The two sides also exchanged views on macroeconomic policies of both countries, mutual efforts on developing the world economy and how to tackle shared issues such as their declining birth rates and aging populations.

Acknowledging a downward risk to the slowing global economy, Nishimura and He agreed to host frequent dialogues.