Under the envisaged system, food manufacturers and retailers input information such as type, quantity and the delivery time of leftover foods they can provide, while food bank operators and welfare facilities enter the details of foods they need, the officials said.

The system will make it easier for donors and recipients to connect based on the information gathered. 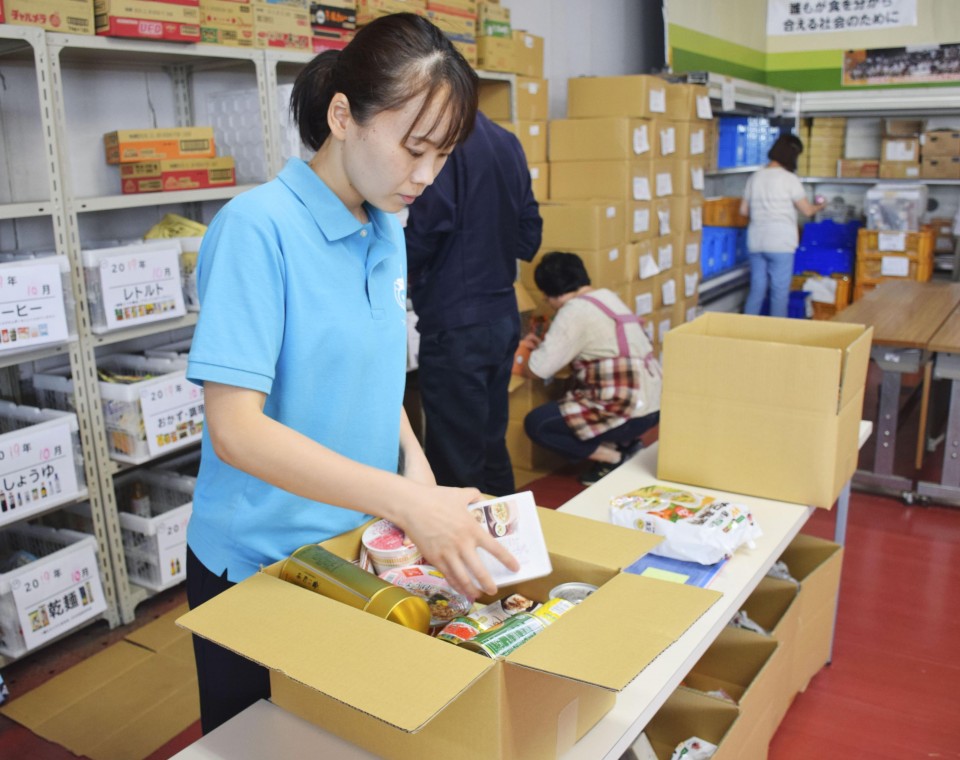 (A staff member at nonprofit organization FoodBank Yamanashi packs foods in a box at Minami-Alps, Yamanashi Prefecture on Sept. 27, 2019.)

"Many companies hesitate to donate food out of concern that they might be diverted into other channels," said a Ministry of Agriculture, Forestry and Fisheries official.

The new system "can help such companies get information such as recipients and the amount of food they need, making them feel secure about donating food," the official said.

Initially, the ministry is considering running the system in each of Japan's 47 prefectures. 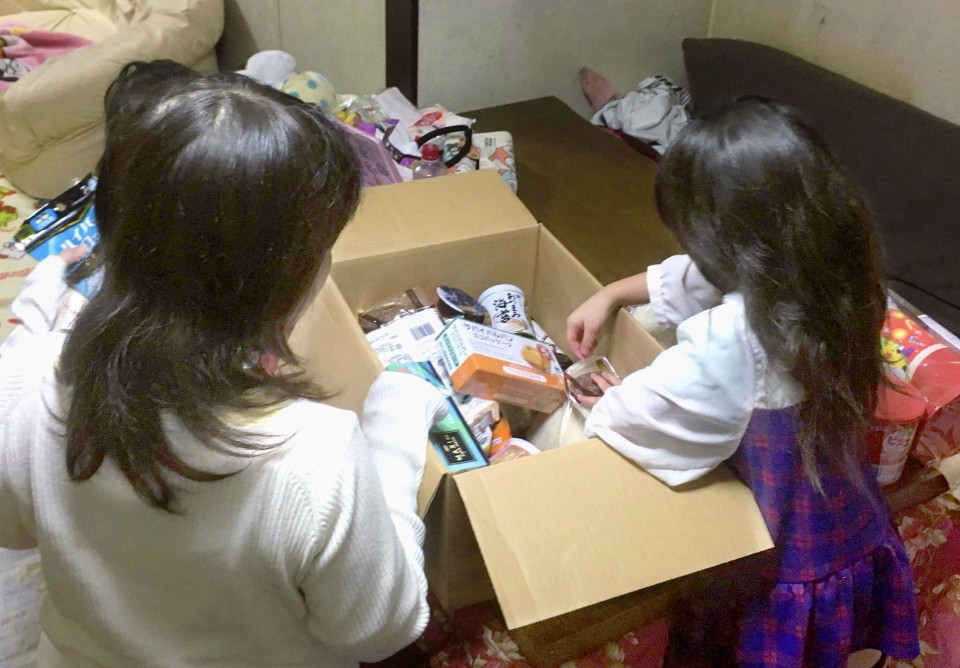 But the effect on reducing food waste across the country has been marginal.

The quantity of food utilized by food banks is around 4,000 tons a year. But, according to Environment Ministry data, a total of 6.43 million tons of food -- or 51 kilograms per citizen -- went to waste in Japan in fiscal 2016, roughly the same level of annual rice consumption in the country.

"The reality is that the amount of food being donated is overwhelmingly smaller than what is needed," said an organization dedicated to promoting food banks across Japan.