Kakuryu withdrew from the New Year Grand Sumo Tournament on Thursday because of pain in his left foot and joined fellow yokozuna Hakuho on the sidelines.

The 34-year-old pulled out on Day 5 of the 15-day meet following his third loss the previous day against No. 1 maegashira Myogiryu. Kakuryu was not in top condition due to a recent cold, according to his stablemaster Michinoku.

"I don't think he was able to pull himself together. He lost nearly 10 kilograms (ahead of the tournament) so I was worried," Michinoku said. "He needs to be fit again so he can train. He still has motivation." 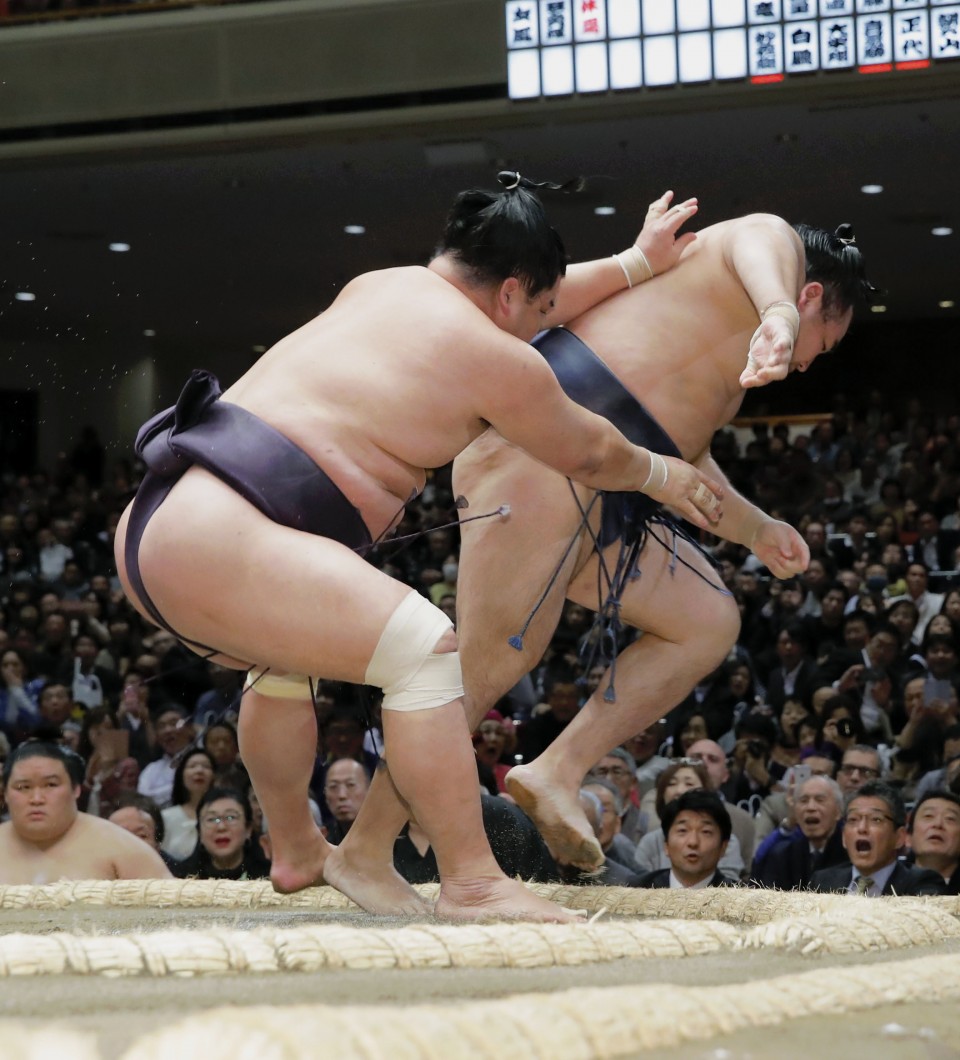 (Kakuryu (R) is shoved out to his third loss by Myogiryu)

With both Mongolian-born grand champions out injured, the meet at Tokyo's Ryogoku Kokugikan will proceed without any wrestlers competing at sumo's highest rank.

Hakuho, winner of the Kyushu basho in November, withdrew on Day 4. According to his stablemaster Miyagino, he was suffering from a fever, along with lower back inflammation following a heavy fall in his loss to Endo on Monday.

Kakuryu was making his return to the ring at the New Year meet after pulling out of the two previous tournaments with injuries to his knee and back, respectively.

He was also competing in his first grand tournament since he joined the Michinoku stable following the death of his former stablemaster Izutsu in September.

He will forfeit his scheduled bout against No. 2 maegashira Mitakeumi on Day 5, leaving him with a 1-4 record at the tournament.