Hakuho, winner of the Kyushu basho in November and one of two grand champions on the banzuke for the New Year Grand Sumo Tournament, withdrew from the first meet of the year on Wednesday.

The 34-year-old began his quest for a record-extending 44th career championship on Sunday with a win, but conceded two kinboshi, or an upset of a yokozuna by a rank-and-filer, in his next two bouts for a 1-2 record.

According to his stablemaster Miyagino, Hakuho came down with a fever Tuesday evening caused by a bacterial skin infection on his right foot. He also has inflammation in the lower back after landing heavily on the dohyo during Monday's bout against Endo.

Hakuho's absence leaves Kakuryu of Mongolia as the only yokozuna competing in the 15-day meet at Tokyo's Ryogoku Kokugikan. Hakuho gives second-ranked maegashira Hokutofuji, his scheduled opponent for Wednesday, a win by forfeit. 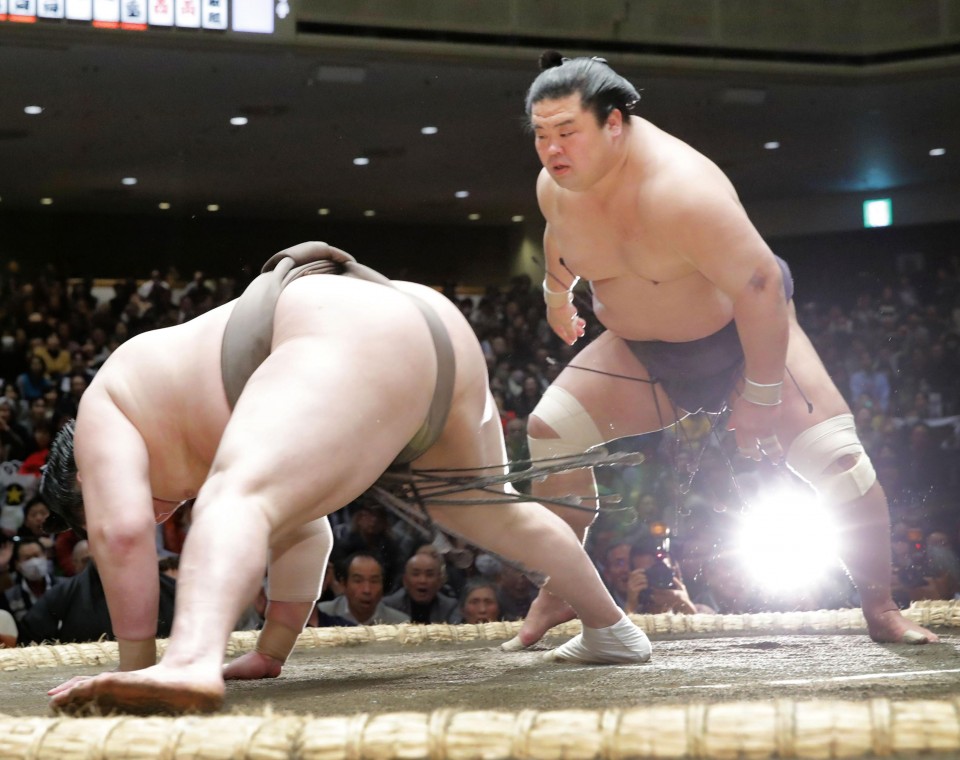 "He's getting older and getting injuries in different parts of his body. He has to take his time to recover and get used to his changing body," Miyagino said.

It marks the 14th time in his career he has missed all or part of a basho. The last time he sat out a meet was at the Autumn Grand Sumo Tournament in September, when he pulled out after two days because of a broken little finger.