Iwaya, a ruling Liberal Democratic Party member of the lower house, is one of five lawmakers who had been questioned by Tokyo prosecutors voluntarily over their alleged receipt of cash from the company, 500.com Ltd., sources close to the matter said.

All five lawmakers have denied the allegations.

"I never received money," Iwaya, 62, told reporters in his Beppu constituency in Oita Prefecture, southwestern Japan. "I was never asked to do something nor did a favor," he added.

Another LDP member, Hiroyuki Nakamura, 58, admitted he was questioned by prosecutors and also denied receiving cash from the company. 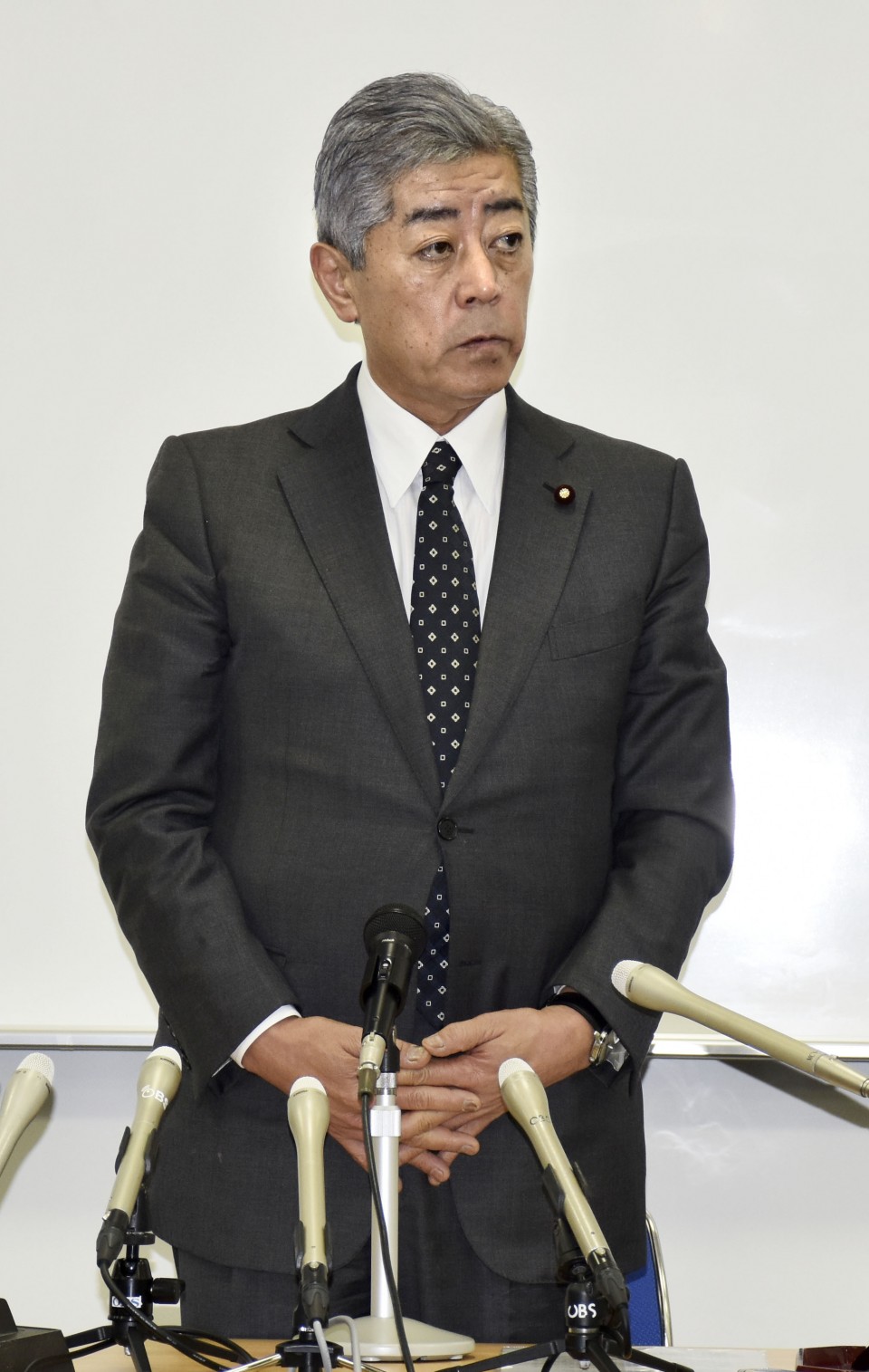 The Tokyo District Public Prosecutors Office is investigating if the lawmakers or their secretaries have received money in violation of the political funds control law, which bans donations from foreigners or foreign organizations, an investigative source said.

The questioning came after Katsunori Nakazato, 47, who served as an adviser to the company, told investigators he delivered some 1 million yen each to the five lawmakers around September 2017 when he handed 3 million yen in cash to Tsukasa Akimoto, 48, then an LDP lawmaker who was arrested last month over the alleged bribery case, the source said.

According to a report on political funds, an LDP branch headed by Nakamura received 2 million yen in donations on Sept. 26, 2017 from a Sapporo-based travel agency, which had planned a casino project in Rusutsu village in Hokkaido in northern Japan.

The branch also received 2 million yen in donations from a senior official of the travel firm on Oct. 2, 2017.

Of the 4 million yen, 1 million yen was donated on Oct. 5, 2017 to an LDP branch headed by Iwaya, the report showed. The Chinese company had announced it would invest in the project.

Nakamura told reporters in Hokkaido that the travel agency did not explain that the 4 million yen was contributed by the Chinese firm. Iwaya also said there was no such explanation.

Nakamura said the donation to Iwaya's side was intended to show gratitude for offering a lecture at his party.

Four of the five lawmakers belong to the LDP, headed by Prime Minister Shinzo Abe, and the other is a member of the opposition Japan Innovation Party, according to the source.

The two other LDP members who were questioned by prosecutors are Masahisa Miyazaki, 54, and Toshimitsu Funahashi, 59, according to the source.

Japan recently legalized casinos to be operated at integrated resorts in hopes of attracting more foreign tourists and helping to boost the economy after the 2020 Tokyo Olympics and Paralympics.