A ruling party lawmaker, who is a proponent of casino resorts in Japan, was arrested Wednesday on suspicion of receiving 3.7 million yen ($33,800) in bribes from a Chinese gambling operator.

The arrest of Tsukasa Akimoto, a 48-year-old member of Prime Minister Shinzo Abe's Liberal Democratic Party, has cast a cloud over the government's policy to promote casinos to buoy the economy, with opposition forces set to present a bill to parliament next year that would ban casino operations.

Akimoto has denied doing any favors for the Chinese company, 500.com Ltd., which is listed on the New York Stock Exchange.

In late September 2017, the lawmaker is suspected to have received 3 million yen in cash from the Chinese company in Tokyo.

In mid-February 2018, Akimoto traveled to Hokkaido at the invitation of the Chinese firm and expenses for the trip amounting to around 700,000 yen were allegedly provided by the company, according to prosecutors.

Tokyo prosecutors also arrested three people related to the company on suspicion of bribing the House of Representatives lawmaker, who resigned from the LDP following his arrest. 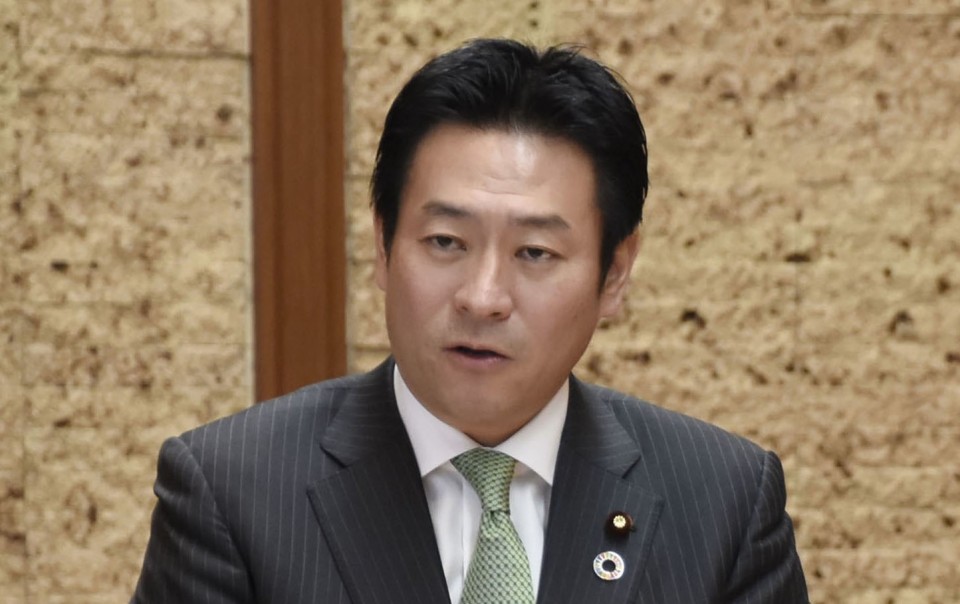 In a related move, the prosecutors searched the offices of a current and a former lower house member of the LDP. Takaki Shirasuka and Shigeaki Katsunuma accompanied Akimoto when he visited the company's headquarters in Shenzhen, near Hong Kong, in 2017.

The last arrest of a Japanese lawmaker occurred in 2010. The case of Akimoto is the latest in a series of money and gift-giving scandals linked to the Abe administration, which forced two Cabinet ministers to resign earlier this year.

A vocal supporter of the introduction of casino resorts in Japan, Akimoto told Kyodo News on Wednesday that the allegations were "groundless." He also said in a Twitter post in the morning, "I have never been involved in wrongdoing at all. I will continue to assert that."

Chief Cabinet Secretary Yoshihide Suga, the government's top spokesman, declined to comment on the allegations against Akimoto in a news conference, citing the ongoing investigation.

Asked about the impact of the arrest on the country's casino policy, Suga said the government "will steadily push ahead with it so that benefits from building IRs (integrated resorts) will be reaped as soon as possible." 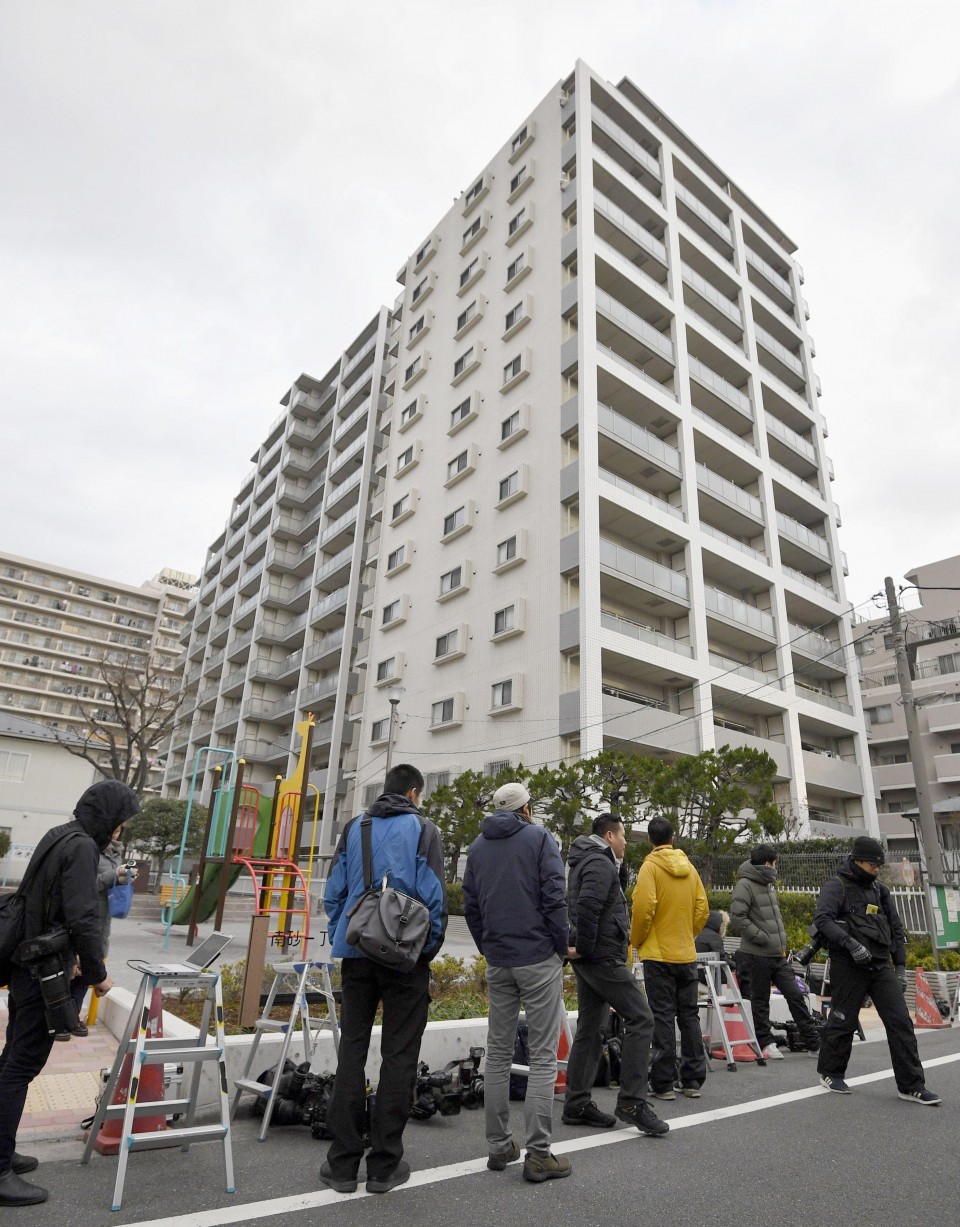 (Media crew gather in front of an apartment complex in Tokyo on Dec. 25, 2019,  where Tsukasa Akimoto lives.)

Suga also said that not all contacts between government officials and casino operators are prohibited as officials may use such information when drawing up policies.

Last week, prosecutors searched two Tokyo offices of the lawmaker over his ties to the Chinese casino and sports gambling operator, which is suspected of bringing in several million yen in cash from overseas without declaring it, in violation of the foreign currency exchange law.

He has been questioned on a voluntary basis by the prosecutors, who earlier this month also searched the homes of two of his former secretaries over their ties to the Chinese company, which runs online casinos and a sports betting business among other ventures.

The foreign exchange law bans any person from carrying more than 1 million yen in cash into Japan without informing customs authorities. Violators face a fine of up to 500,000 yen or imprisonment for a maximum of six months.

Japan has recently legalized casinos to be operated at integrated resorts in the hope of attracting more foreign tourists to invigorate the economy after the 2020 Tokyo Olympics and Paralympics.

The government plans to choose up to three locations for the first resorts, which are expected to start operating in the mid-2020s.

The Chinese company was keen on being involved in a casino resort project promoted by the village of Rusutsu in Hokkaido. The firm reached out to Akimoto immediately after setting up a subsidiary in Tokyo in July 2017, according to sources familiar with the matter. 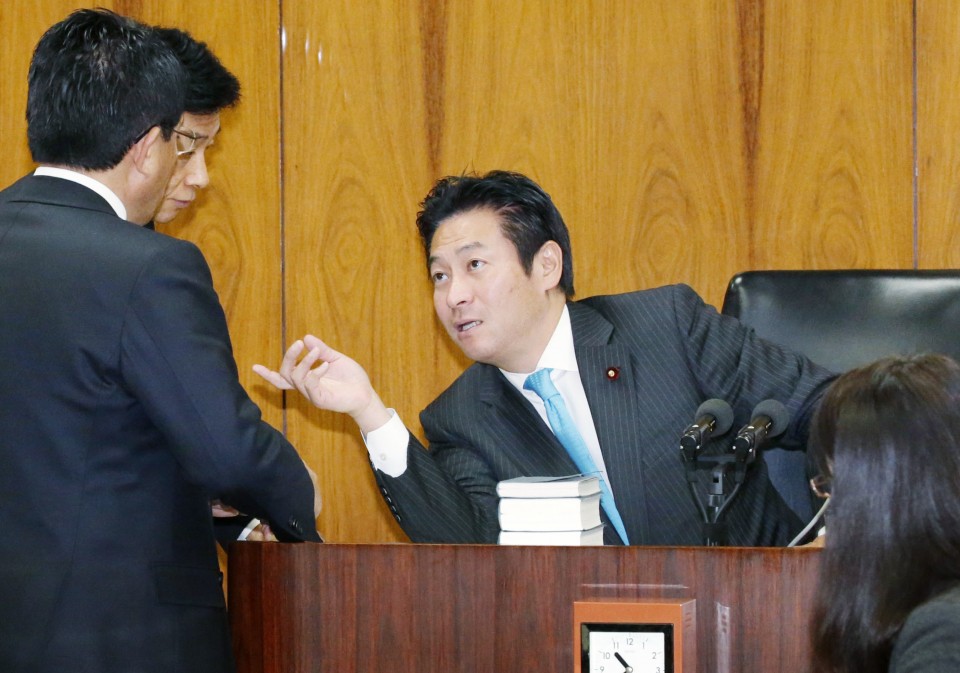 The three arrested on suspicion of providing bribes to Akimoto are Zheng Xi, 37, a former executive of the company's Japan unit, and Masahiko Konno, 48, and Katsunori Nakazato, 47, who both served as advisers to it.

In August 2017, both Akimoto and a top executive of the company attended a symposium organized by the Chinese firm on integrated resorts held in Naha, the prefectural capital of Okinawa.

In December that year, Akimoto visited the firm's headquarters in the fast-growing Chinese city and was taken on a trip to a casino in Macau.

Akimoto was first elected to the House of Councillors in 2004 after serving as a secretary to former lower house member Koki Kobayashi. In 2012, he successfully ran for a lower house seat.

In late November, the governor of Hokkaido said it will not pursue an immediate bid to construct a casino resort due to local concern about the project's environmental impact.

December 2016 -- Law enacted to prepare for legalization of casino gambling at so-called integrated resorts to be built in Japan.

Dec. 25 -- Akimoto is arrested on suspicion of bribery. He resigns from the Liberal Democratic Party, led by Prime Minister Shinzo Abe. 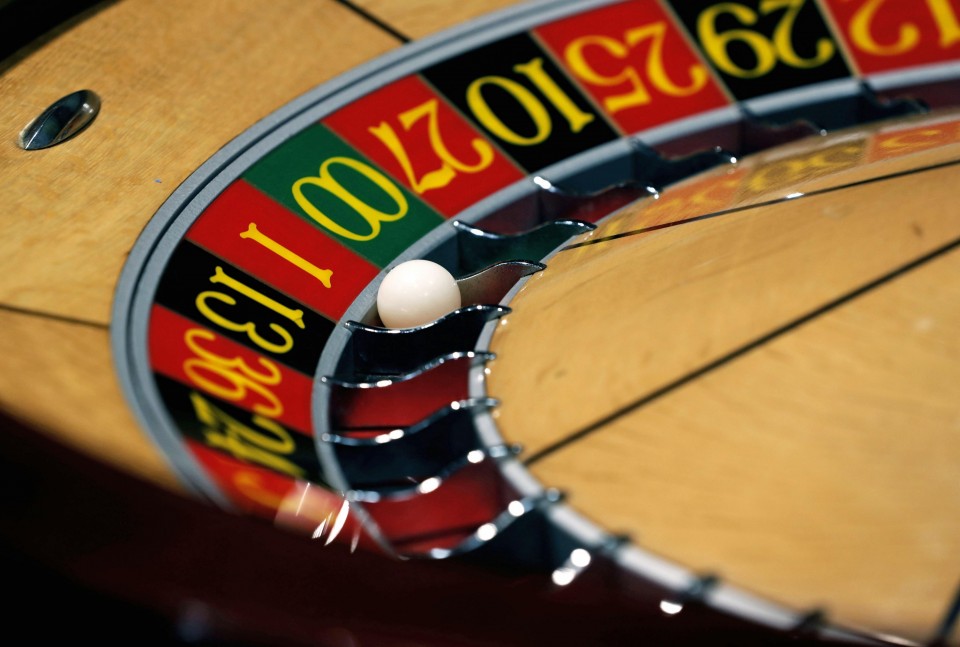