Emperor Naruhito, Empress Masako and their daughter Princess Aiko, known to be an avid sumo fan since preschool age, watched live matches of Japan's ancient wrestling sport on Saturday, the first time since he ascended the throne last May.

The emperor and empress watched the final nine bouts at Tokyo's Ryogoku Kokugikan on the penultimate day of the 15-day New Year Grand Sumo Tournament. The last time the couple went to sumo matches was 2017 when they were crown prince and crown princess.

Seated in the venue's VIP booth on the second floor, the imperial family enthusiastically applauded the wrestlers while being briefed by Hakkaku, chairman of the Japan Sumo Association, the tournament organizer. They received loud applause from spectators as they left the packed venue, waving their hands. 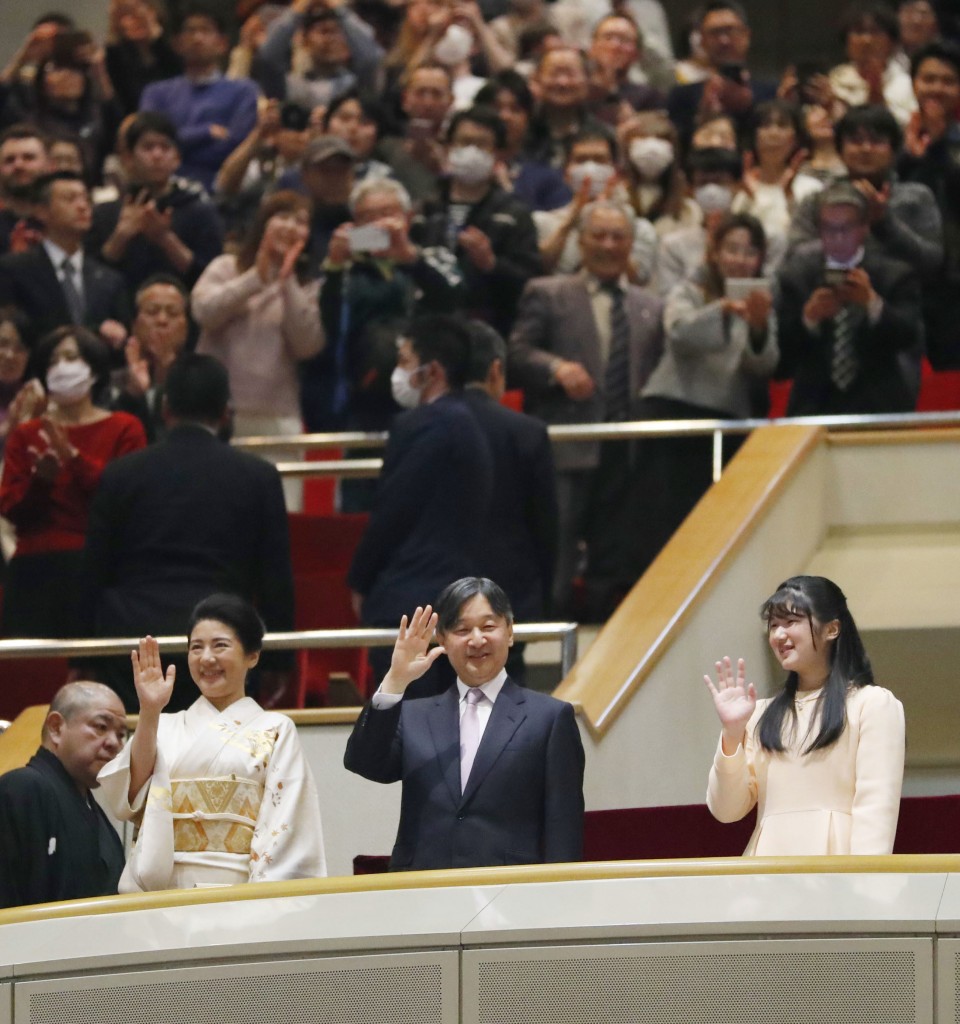 It was the third time to watch live sumo matches, and the first in 13 years, for the 18-year-old princess.

According to Hakkaku, the princess questioned him about the height of the dohyo, or raised ring with a sandy surface where wrestlers compete, while Emperor Naruhito said there were many good bouts.

Princess Aiko's experience of watching sumo live dates back to September 2006 and September 2007. As proof of her strong interest in sumo wrestling, she was marking win-loss records and had memorized the fighting names and the places of birth of some wrestlers at the time, according to the Imperial Household Agency.

Emperor Naruhito had said the princess displayed her "sumo skills" when playing with her parents or attendants. 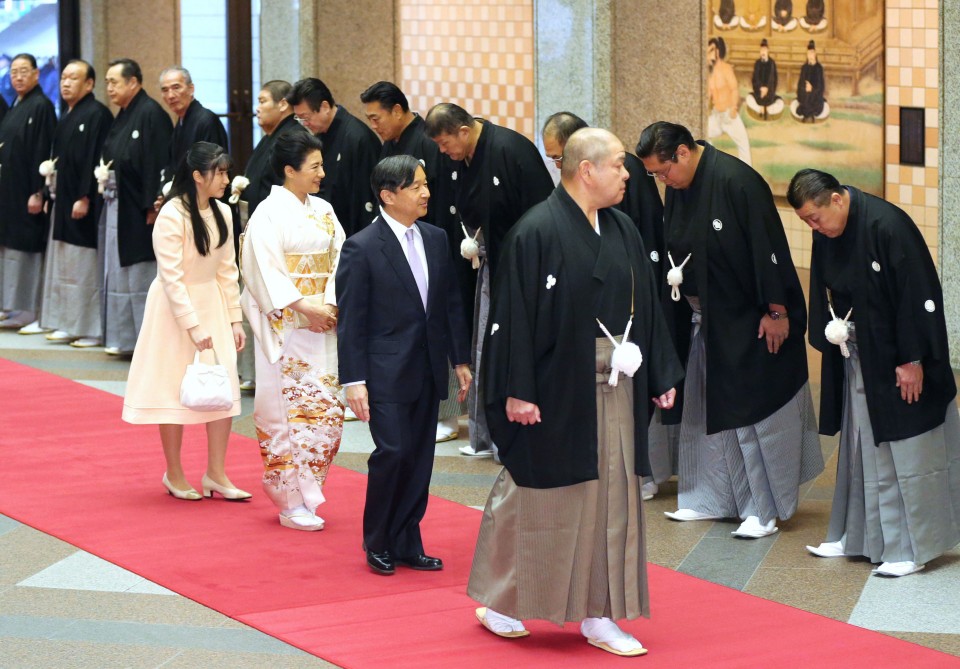