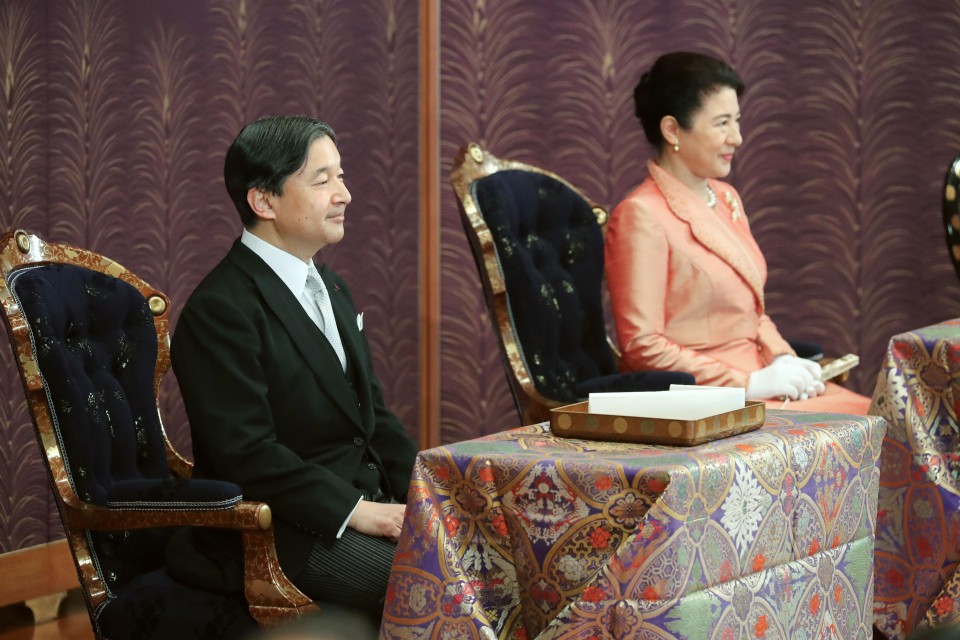 TOKYO - Emperor Naruhito expressed his hope for a bright future for children in his poem recited Thursday at the first annual New Year Poetry Reading Ceremony held after he ascended to the Chrysanthemum Throne last year.

The 59-year-old became emperor after his father, former Emperor Akihito, on April 30, 2019 became the first Japanese monarch to abdicate in about 200 years. He took part in a slew of ceremonies marking his enthronement until December.

The theme of this year's "waka" poems at the reading held at the Imperial Palace was "nozomi," meaning "hope."

Empress Masako, who has been suffering from a stress-induced illness, attended the traditional ceremony for the first time since 2003, while Crown Prince Fumihito and his wife, Crown Princess Kiko, were also among the attendees.

In his poem, the emperor described his feelings after visiting schools and institutions for children, including Azabu Kindergarten in Tokyo in June last year and Gakushuin Girls' Senior High School, where their daughter Princess Aiko studies, in November.

The official translation of the emperor's poem provided by the Imperial Household Agency is as follows:

When I hear the cheerful voices of children

Resounding through their classrooms

I hope from the bottom of my heart

They have a bright and beautiful future.

In her poem, the 56-year-old empress described her sadness at the damage caused by natural disasters in the country but also how she has been encouraged to find young people trying to help out in recovery efforts.

The imperial couple visited the city of Asakura in Fukuoka Prefecture in 2018 after it was devastated by torrential rain in the previous year.

The power of youth

To those who strive

To rise up from the calamity they suffer.

The imperial couple's poem, as well as works composed by other members of the imperial family and 10 pieces chosen from more than 15,000 entries from the public, were recited in the traditional style at the reading.

Waka poetry was developed by the court aristocracy in the sixth century, and a "tanka" poem, which is typically synonymous with waka, consists of 31 syllables in a pattern of 5-7-5-7-7.

The theme for next year's New Year poetry reading is "jitsu," meaning "fruit," the agency said.