Japan scrambled Wednesday to contain a deadly new strain of coronavirus, as the first group of evacuees from the Chinese city at the center of the outbreak arrived in Tokyo aboard a government-chartered jet.

The discovery of an eighth infection in Japan, a tour guide who accompanied a bus driver that tested positive after transporting tourists from Wuhan, underscored the difficulty the country faces.

Among the 206 Japanese nationals who were repatriated from Wuhan, 12 have been hospitalized with symptoms such as a fever or cough, according to the health ministry and the Tokyo metropolitan government. Two of those people were diagnosed with pneumonia, though none have been confirmed as infected. 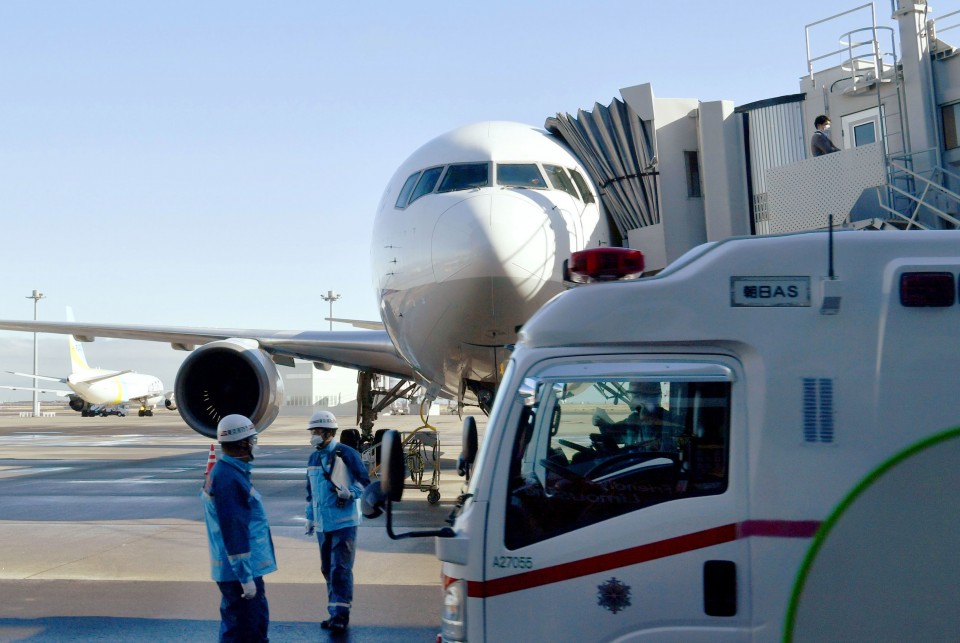 Another 440 Japanese have asked for help to leave Wuhan, though a Foreign Ministry spokesman said the number was expected to grow. A second flight that departed Tokyo on Wednesday night was scheduled to return Thursday morning with the second group of evacuees, with more flights being arranged.

It is the first time the Japanese government has evacuated nationals by charter plane due to the spread of an infectious disease. Prime Minister Shinzo Abe said the government's "greatest responsibility" is the protection of its citizens.

"We will do our utmost to prevent the outbreak from spreading," he said.

Other countries are also taking steps to evacuate citizens. The United States sent a plane to the Chinese city on Tuesday to repatriate diplomats and citizens, with South Korea, France and Australia, where cases have also been confirmed, planning to do the same.

The plane carrying the first group of Japanese evacuees, a wide-body Boeing 767 operated by All Nippon Airways Co., landed around 8:40 a.m. at Tokyo's Haneda airport.

"We are very relieved to have returned to Japan swiftly," said Takeo Aoyama, one of the passengers.

Aoyama told reporters the other passengers "appeared relieved and exhausted at the same time" and called for measures to secure the safety of those waiting for upcoming flights back to Japan.

Another passenger, Takayuki Kato, reflected on the days leading up to the evacuation, saying, "I trusted I would be safe if I stayed inside as much as possible and wore a mask and washed my hands thoroughly."

Medical personnel on board checked the evacuees' health and found five -- three men and two women in their 30s to 50s -- had symptoms including a fever or cough and were rushed to medical facilities in Tokyo. The two diagnosed with pneumonia are men in their 40s and 50s.

A further eight were later found to have similar symptoms after being taken to the National Center for Global Health and Medicine in Tokyo, seven of whom were also hospitalized.

The new pneumonia-causing coronavirus that has already claimed at least 132 lives and infected more than 6,000 people in mainland China is continuing to spread globally.

Japan has so far confirmed eight infections. On Tuesday, it found what is believed to be the first domestic case of human-to-human transmission of the virus -- the Japanese bus driver in his 60s residing in Nara Prefecture, western Japan, who had transported tourists from Wuhan twice this month.

The tour guide who accompanied him, a woman in her 40s living in Osaka Prefecture, also tested positive for the coronavirus and was hospitalized with pneumonia, the Ministry of Health, Labor and Welfare said.

Health minister Katsunobu Kato warned the situation had "reached a new stage" in Japan and must be addressed accordingly.

Kato said 104 people had come into contact with the driver, of whom 18 had "close contact," including the man's family and medical staff.

The bus driven by the man traveled to places including Tokyo, and Yamanashi and Nara prefectures, his employer said.

Although showing no symptoms, the remaining passengers on the charter flight that arrived Wednesday are being asked to stay indoors for two weeks and be vigilant for any sign of symptoms, according to government officials. The aircraft carrying the evacuees was disinfected, All Nippon Airways said.

Prior to the arrival of the plane from the capital of Hubei Province, where the virus was first identified, seven buses and about 20 emergency vehicles were on standby at Haneda airport.

The second charter flight for Japanese nationals left Haneda just before 10 p.m. Wednesday and was expected to return at 7:30 a.m. Thursday, the government said. A government source said a further two planes may be sent Thursday due to an increase in the number of Japanese nationals seeking to be evacuated. There has also been talk of using a larger aircraft.

China has imposed a virtual lockdown on Wuhan and other cities in Hubei Province in an effort to contain the outbreak during the Lunar New Year holiday. 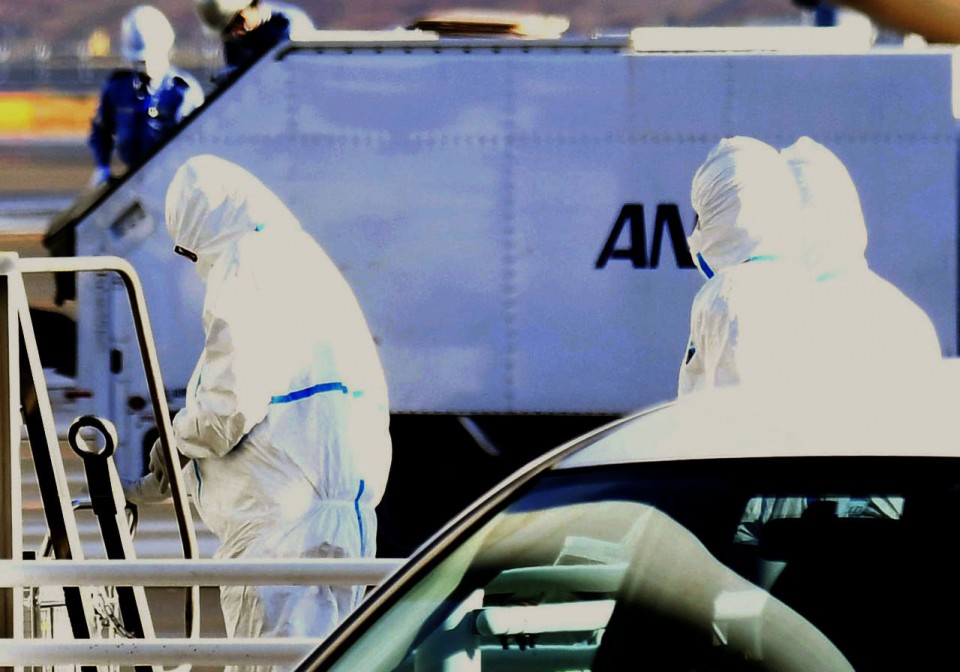