China and the World Health Organization agreed Tuesday to work closely to curb the spread of a new pneumonia-causing coronavirus that has infected more than 4,500 people and killed over 100 across the country.

During his meeting with President Xi Jinping in Beijing, WHO Director General Tedros Ghebreyesus expressed hope that the Chinese government will take the initiative in controlling the outbreak of the mysterious and deadly virus.

Xi said China is "fighting an uphill battle" and is "confident" about overcoming the infections, which have expanded to over 10 countries, but, so far, the U.N. agency has not declared a public health emergency of international concern.

According to Chinese state-run media, Xi asked the WHO chief to make a judgement about the recent spread of the new virus in an "objective" manner. Tedros also held talks with Foreign Minister Wang Yi earlier in the day.

Across China, the virus has claimed the lives of 106 people, after 24 more people died in Hubei Province, the epicenter of the outbreak, bringing total deaths in the central Chinese province to 100, the nation's health authorities said. 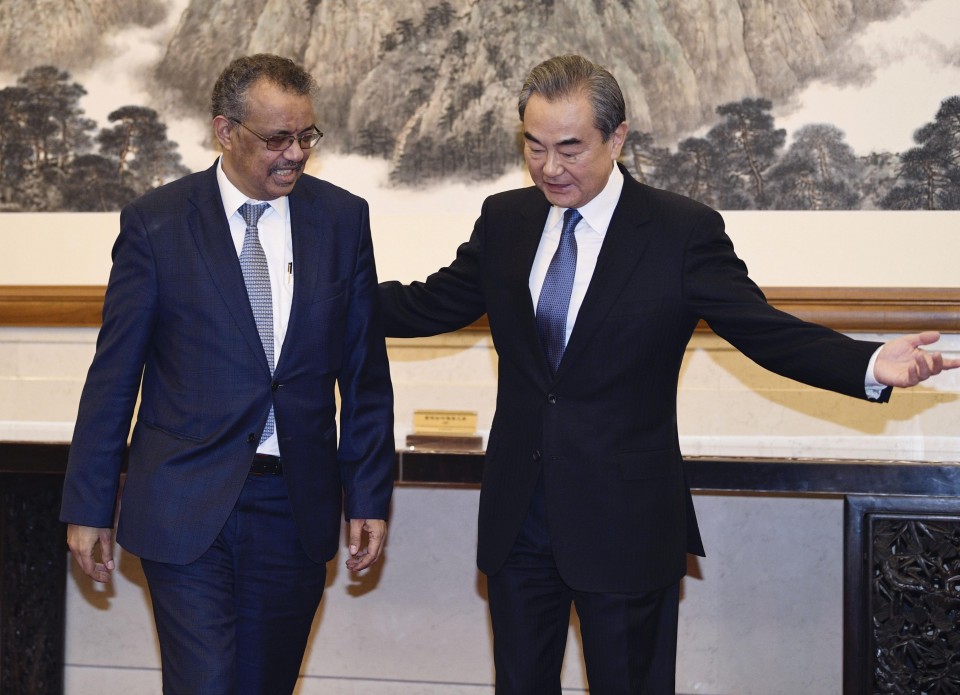 Over 4,500 patients, including around 90 in Beijing and more than 60 in Shanghai, were infected with the virus as of Tuesday afternoon.

In Beijing, the first death from the virus was confirmed Monday. Municipal authorities in Shanghai, the biggest commercial hub in China, have ordered firms -- excluding those related to food and infrastructure -- to close their doors until Feb. 9.

Health authorities have called on people to refrain from going outside and to avoid crowds, to reduce the risk of infection from the virus, which has been found to transmit between humans.

The virus is believed to have begun spreading last month in Wuhan, the capital of Hubei Province, around 1,000 kilometers south of Beijing. The city is a major business hub with a population of 11 million.

With Wuhan effectively in lockdown since last week due to the outbreak, a U.S. chartered flight will arrive there as early as Tuesday night to bring its citizens and diplomats back to the United States, U.S. government sources said.

Japan also sent a chartered plane to Wuhan from Tokyo's Haneda airport on Tuesday night to evacuate its nationals, while South Korea said on the same day that it plans to follow suit on Thursday and Friday.

Since last Thursday, civil transportation services, including trains and airplanes, have been suspended in Wuhan. Nearby cities such as Huanggang and Ezhou began enforcing similar, unprecedented measures on Friday, affecting millions more people. 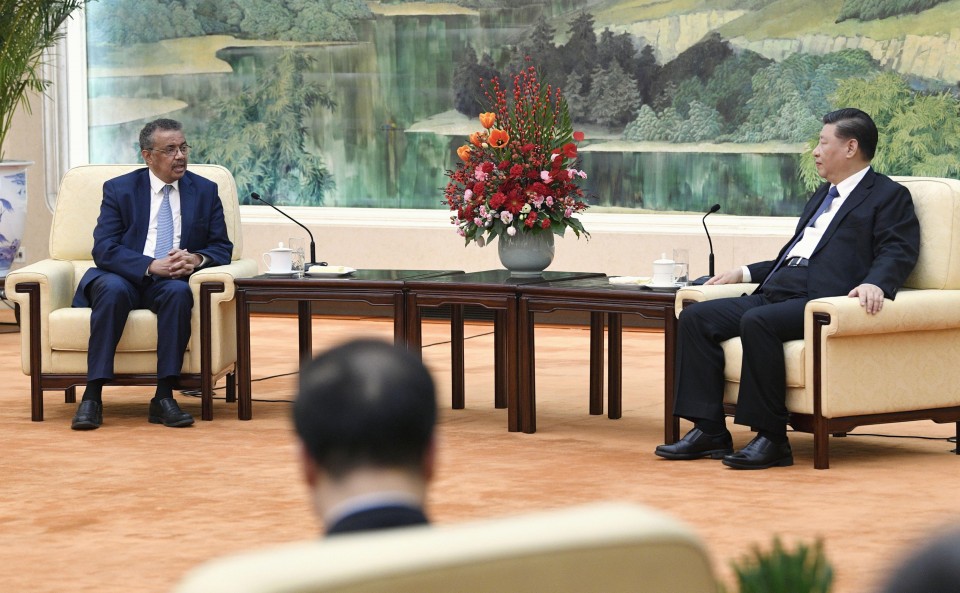 Hong Kong announced Tuesday that all rail and ferry routes between the sovereignty and the mainland would be halted effective midnight on Thursday, although it has stopped short of a full border closure, local media reported.

On Monday, U.S. President Donald Trump offered to help China contain the outbreak. "We are in very close communication with China concerning the virus...We have offered China and President Xi (Jinping) any help that is necessary. Our experts are extraordinary!" he tweeted.

The U.S. State Department, meanwhile, has urged the public to "reconsider" any plans to visit China in its latest travel advisory.

Multiple infections have also been confirmed in other Asian countries like Japan, South Korea, Singapore, Thailand, Malaysia, and Vietnam, as well as in Europe, North America and Australia.

On Tuesday, the Japanese government identified more cases in the nation of the new coronavirus, including a tour bus driver in his 60s who has never been to Wuhan. The driver is also the first Japanese national confirmed to be infected with the new virus in Japan.

It is known to cause fever, coughing and breathing difficulties. Its incubation period is about 10 days but can be between one and 14 days, according to China's National Health Commission. The commission says it can be transmitted to others before symptoms emerge.

Large amounts of the coronavirus were found in samples taken from a seafood market in Wuhan that also traded in wild animals, Chinese media reported.