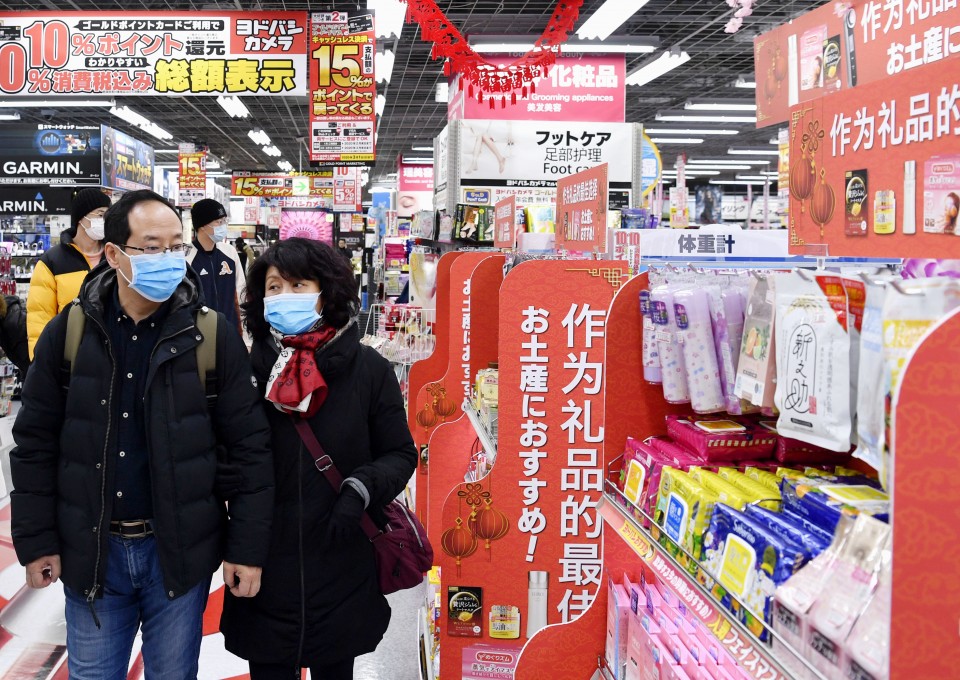 (Chinese tourists walk in an area where face masks are sold at an electronics store in Tokyo's Akihabara district on Jan. 27, 2020.)

TOKYO - The government confirmed three more cases in Japan of the new coronavirus on Tuesday, including a tour bus driver who has never been to the central Chinese city of Wuhan, where the outbreak of the deadly virus began in a seafood and poultry market.

The bus driver in his 60s became the first Japanese to be infected with the virus in Japan, the health ministry said. He drove two groups of Chinese tourists from Wuhan earlier this month.

The findings bring the total number of confirmed infections in Japan to seven.

The tour bus made a round trip between Tokyo and Osaka during the period between Jan. 8 and 16, the ministry said.

It briefly stopped in Nara Prefecture, western Japan, according to the prefectural government, which did not give details.

The driver, who is from Nara, was diagnosed with pneumonia on Saturday and has been hospitalized in the prefecture.

The ministry also said a man in his 40s from Wuhan has developed pneumonia and been in hospital in the central prefecture of Aichi. He arrived in Japan on Jan. 20.

In the seventh case, a woman in her 40s from the Chinese city was diagnosed with pneumonia at a medical institution in Hokkaido on Monday, the ministry said.

The three new patients are not in severe condition, the ministry said, adding that it is checking the health of people who had contact with them.