Prime Minister Shinzo Abe may go to Saudi Arabia and the United Arab Emirates in mid-January as part of his planned trip to the Middle East intended to explain Japan's plans to send its defense forces to the region, government sources said Thursday.

The government is considering the dispatch of a destroyer and a P3-C patrol plane operated by the Self-Defense Forces to enhance information-gathering capabilities and ensure the safe navigation of ships. The Cabinet is expected to endorse the plan by the year's end.

Japan is exploring its own contributions in the Middle East that don't involve joining a U.S.-led coalition to guard ships traveling through the Strait of Hormuz, a vital oil shipping route. Saudi Arabia and the UAE are part of the U.S. initiative. 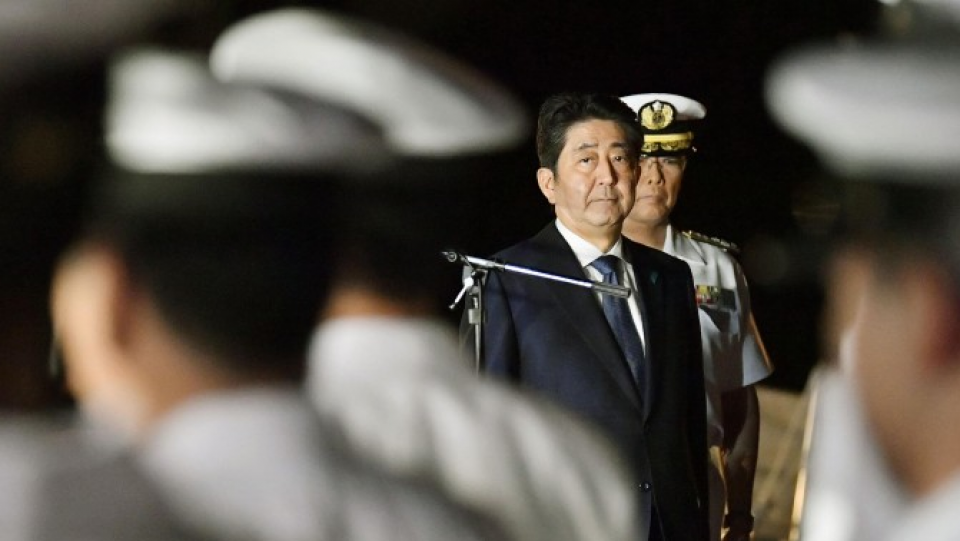 The Gulf of Oman, the northern part of the Arabian Sea, as well as the eastern part of the Bab el-Mandeb Strait connecting the Red Sea and the Gulf of Aden, have been tapped as potential locations for Japan's dispatch of the SDF.

The government is weighing the possibility of having a refueling base in Oman for the SDF destroyer and Defense Minister Taro Kono may visit the country at the end of December to seek cooperation, according to the sources.

Japan is drawing up the dispatch plan with its closest security ally the United States and its longtime friend Iran in mind. Japan informed Iran of its intention to send the SDF when Abe met Tuesday with Abbas Araghchi, a special envoy of President Hassan Rouhani.

Within the ruling coalition, Komeito, the junior partner of Abe's Liberal Democratic Party, is seen as more cautious about sending the SDF.

One option being floated is to limit the dispatch period to one year first and make it extendable when necessary, according to government sources.

"We have to set a limit of some sort," Noritoshi Ishida, Komeito's policy chief, said at a press conference on Wednesday, adding that how long the mission will last should be discussed.

Japan has been seeking to help defuse tensions in the Middle East and serve as a bridge between Washington and Tehran amid the months-long standoff over a 2015 nuclear deal.

Abe's visit to Iran in June, the first by a Japanese prime minister in about four decades, did not yield substantive progress and two oil tankers -- one operated by a Japanese shipping firm -- were attacked near the Strait of Hormuz during his trip.