Capt. Miho Otani became the first woman to take the helm of a Japanese Aegis destroyer on Monday, pledging to set an example for other female sailors to follow.

"I expect you to pursue our missions without hesitation," Otani, 48, told the 300-member crew of the Myoko, the Aegis defense system-equipped Maritime Self-Defense Force destroyer she will captain, at the Maizuru Base in Kyoto Prefecture, western Japan.

Speaking to reporters, she explained the weight she will carry in the role.

"It is a great honor to become the first female captain (of an Aegis destroyer). I would like to think about how we can make this trend a norm as I believe an increasing number of women will enroll (in the SDF) from now on." 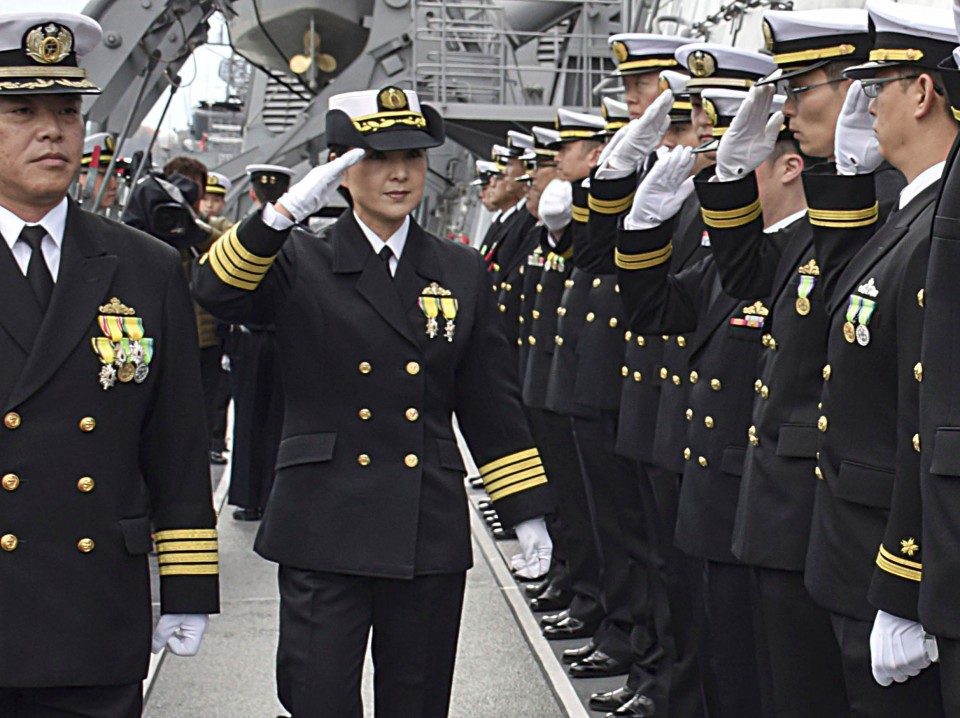 Otani became the first female skipper of an MSDF destroyer when she took the helm of the Yamagiri in 2016.

A native of Suita, Osaka Prefecture, Otani has long been a trailblazer.

She graduated from the National Defense Academy in 1996 as one of the first women to do so and became the first female captain of a training vessel in 2013, according to the MSDF.