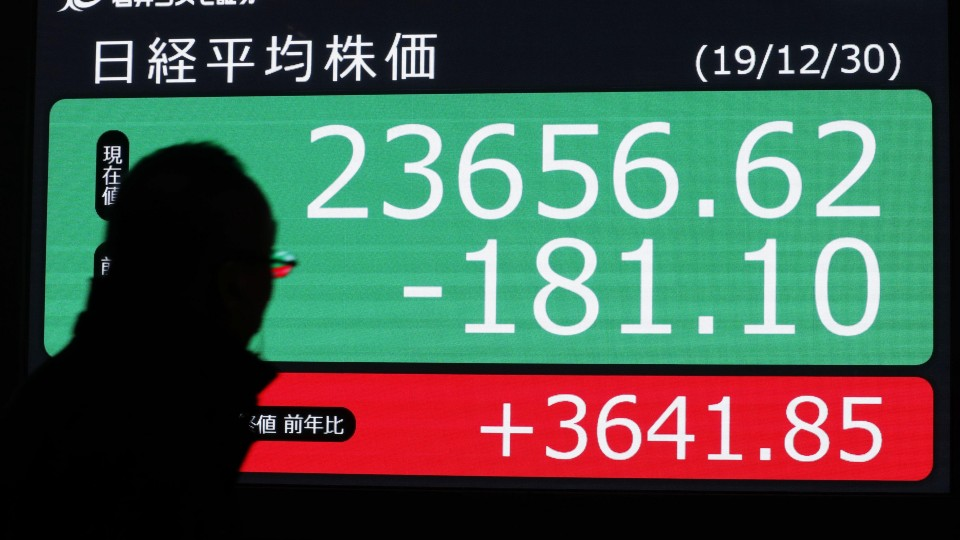 TOKYO - Japan's benchmark Nikkei stock index on Monday saw its highest year-end close since 1990, though Tokyo shares succumbed to mild selling to lock in gains ahead of the New Year holidays.

The Nikkei gained 18 percent this year. Stocks staged a strong rally toward year-end, helped by an interim trade deal between the United States and China as well as interest rate cuts by the Federal Reserve to boost the U.S. economy, one of the biggest destinations for Japanese exports.

Fears of a global economic slowdown due to the trade tensions between the world's two largest economies had weighed on stock markets around the world.

Monday's close was the fourth highest in Japan's postwar history. Such a level was last seen in the final phase of the country's economic bubble period.

"The issue of U.S.-China trade relations remained the dominant force behind the rattling of the market," said Shingo Ide, chief equity strategist at the NLI Research Institute. Ide added, however, that the market was underpinned by positive news from negotiations between the world's two largest economies.

Looking ahead, uncertainties over the U.S. presidential election, Britain's trade talks with the European Union in connection with Brexit and the pro-democracy protests in Hong Kong will be major market risks next year.

"The Nikkei may struggle to go beyond the current level, or may even face brief declines amid so much uncertainty," said Chihiro Ota, general manager of investment research at SMBC Nikko Securities Inc. 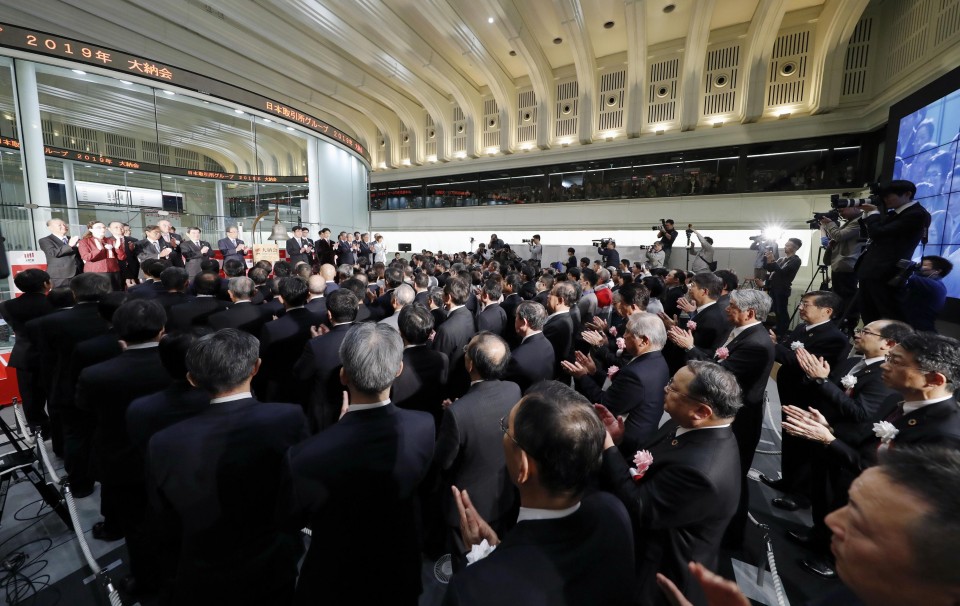 On Monday, nearly all industrial categories lost ground, with major decliners including metal product, electric gas and power, and machinery issues. Exporters were notably lower on a stronger yen against the U.S. dollar, brokers said.

Investors were also reluctant to purchase stocks, awaiting U.S. and Chinese manufacturing data due out later this week, among other market-moving factors, they said.

Japanese financial markets will be closed from Tuesday through Sunday due to the New Year holidays.

On the First Section, declining issues outnumbered advancers 1,541 to 542, while 78 ended unchanged.

Among gainers, Nitori Holdings advanced 315 yen, or 1.9 percent to 17,225 yen after the furniture chain store operator on Friday reported forecast-beating earnings for the quarter through November.