The Bank of Japan left its ultraeasy monetary policy unchanged Thursday despite signs of a slowdown in the country's economy since a consumption tax hike in October.

After a two-day meeting, the BOJ Policy Board decided to keep the short-term interest rate at minus 0.1 percent and guide long-term rates to around zero percent. It will also continue its massive asset purchase program. 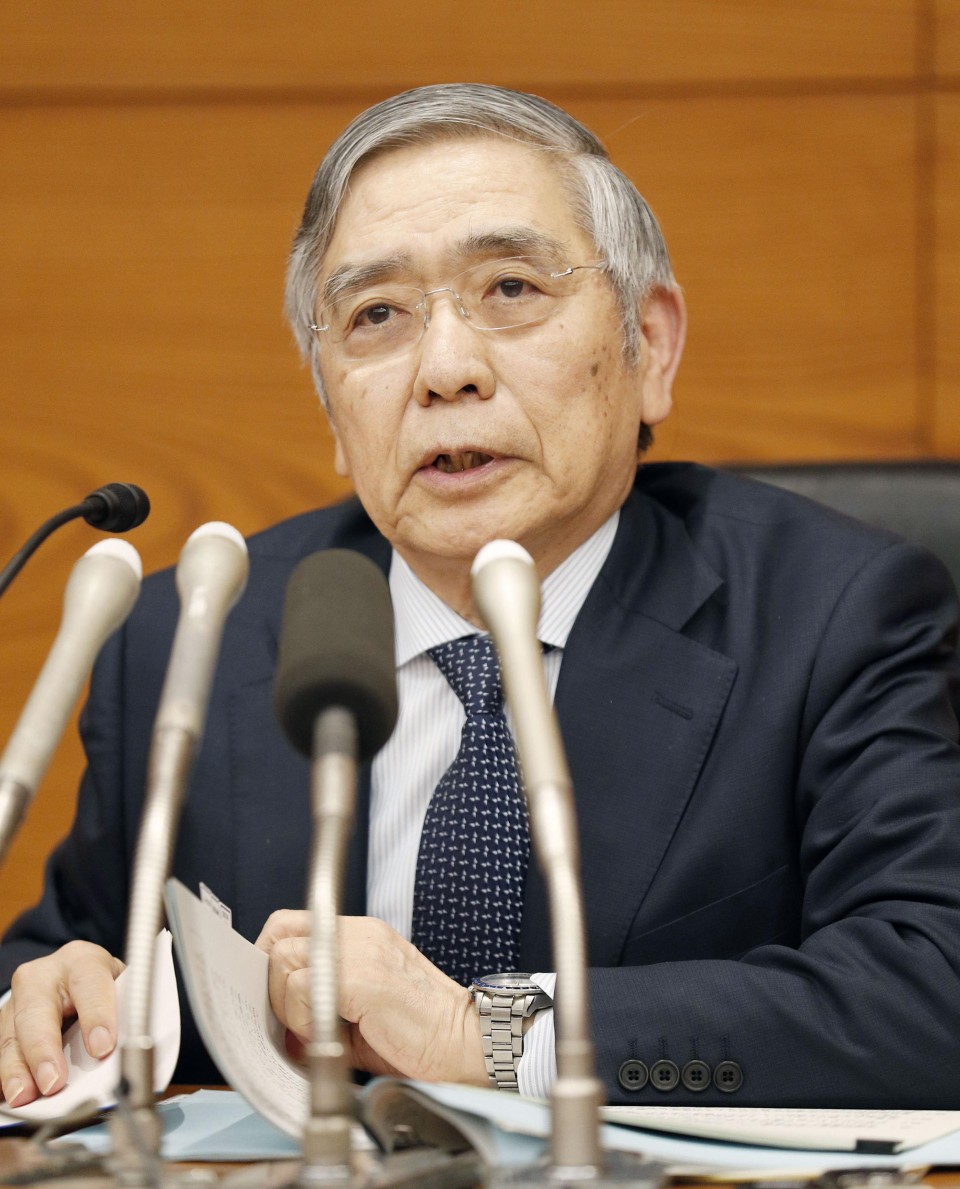 The decision came after the central bank's quarterly Tankan survey released Friday showed sentiment among large manufacturers worsened for a fourth straight quarter to a near seven-year low.

But the BOJ followed the U.S. Federal Reserve and the European Central Bank, which kept their interest rates unchanged last week.

"Japan's economy has been on a moderate expansion trend," BOJ Governor Haruhiko Kuroda said at a press conference, although the central bank said in a statement there were some indications of weakness in the country's exports, production and business sentiment due to a series of natural disasters and sluggish demand abroad.

Robust stocks in Tokyo, where the benchmark Nikkei index last week topped the 24,000 line for the first time in 14 months, and the yen's stability against the dollar apparently prompted the BOJ to hold off on further easing steps.

Concern about the global economy has eased somewhat following a partial trade deal between the United States and China as well as British Prime Minister Boris Johnson's general election victory that provided some certainty about the United Kingdom's departure from the European Union.

"Risks in overseas economies, however, remain at a high level and we have to closely watch developments," said Kuroda, reiterating the central bank "will keep its stance of being more conscious of easing" if there is a greater possibility that momentum toward achieving the BOJ's price stability target will be lost. 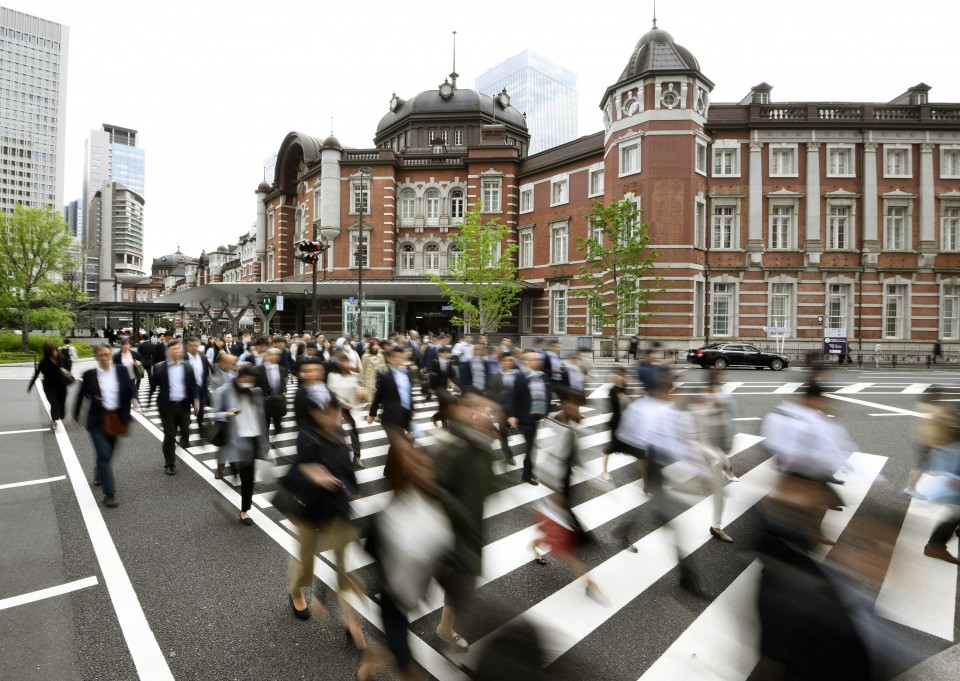 Kuroda also said the BOJ could further lower the short-term interest rate in negative territory as a policy tool, as he said at the previous press meeting in October.

The consumption tax increase to 10 percent from 8 percent has put pressure on the Japanese economy, with government data showing that spending in households of two or more people dropped 5.1 percent in October from a year earlier, the fastest pace of decline in over three and a half years.

But the board expressed an upbeat view, saying, "Private consumption has been increasing moderately" with fluctuations stemming from the tax hike on the back of "steady improvement in the employment and income situation," according to the statement.

"The negative impact of the tax hike has been smaller than that in April 2014," when it was raised to 8 percent from 5 percent, said Kuroda, adding "natural disasters including a typhoon (that hit Japan in October) weighed on the economy."

Japan's core consumer prices rose 0.4 percent in the same month from a year earlier following the 2 percentage-point consumption tax increase. Excluding the impact of the tax hike, however, the index rose just 0.2 percent, the slowest since March 2017 and far below the BOJ's 2 percent inflation target.

To bolster the economy, Prime Minister Shinzo Abe's Cabinet earlier this month approved a package of stimulus measures worth 26 trillion yen ($237 billion) to be financed by an extra budget for fiscal 2019 and the fiscal 2020 budget.

Despite the large amount of spending, Kuroda said the stimulus was not a problem as the government has maintained its target for fiscal reconstruction. "We can expect synergy effects (with the BOJ's aggressive monetary policy) as a policy mix."

The BOJ board voted 7 to 2 to maintain its current monetary policy, with Goshi Kataoka, one of the two dissenters, demanding a further lowering of the short-term negative rate.

It also decided to lend index-linked exchange-traded funds, purchased by the BOJ as part of monetary stimulus, to major market participants as early as next spring to provide more liquidity in the ETF market.