A large marionette clock featuring Doraemon, the robotic cat from a popular Japanese cartoon adapted into a TV animation, movies and video games, was unveiled Friday at Tokyo's Odaiba waterfront district, to celebrate the 50th anniversary of the start of the manga series.

The face of Doraemon, who travels from the 22nd century to help elementary school boy Nobita, is depicted on the 3.8-meter tall, 4-meter wide automaton clock. 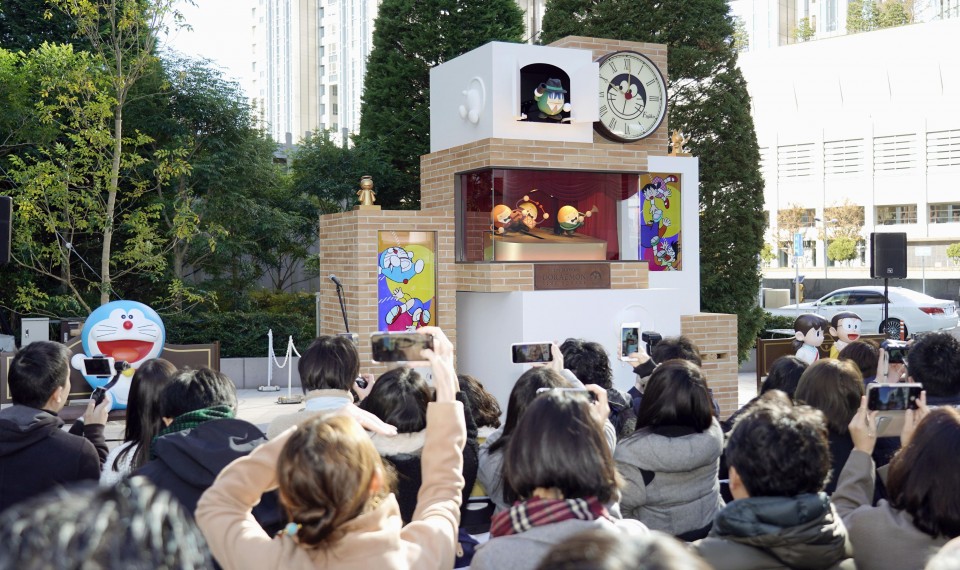 One of his secret tools, a "mood-lifting orchestra," appears from behind the curtain at the center of the clock at certain times of the day, performing to the theme song of the Doraemon TV animation program.

"Fifty years on, Doraemon is still alive and kicking. I'm grateful" for fans, said Zensho Ito, president of Fujiko Pro Co., as the clock began moving at around 10 a.m. in front of the DiverCity Tokyo Plaza commercial facility.

The first official Doraemon store will open on Sunday at the shopping complex. 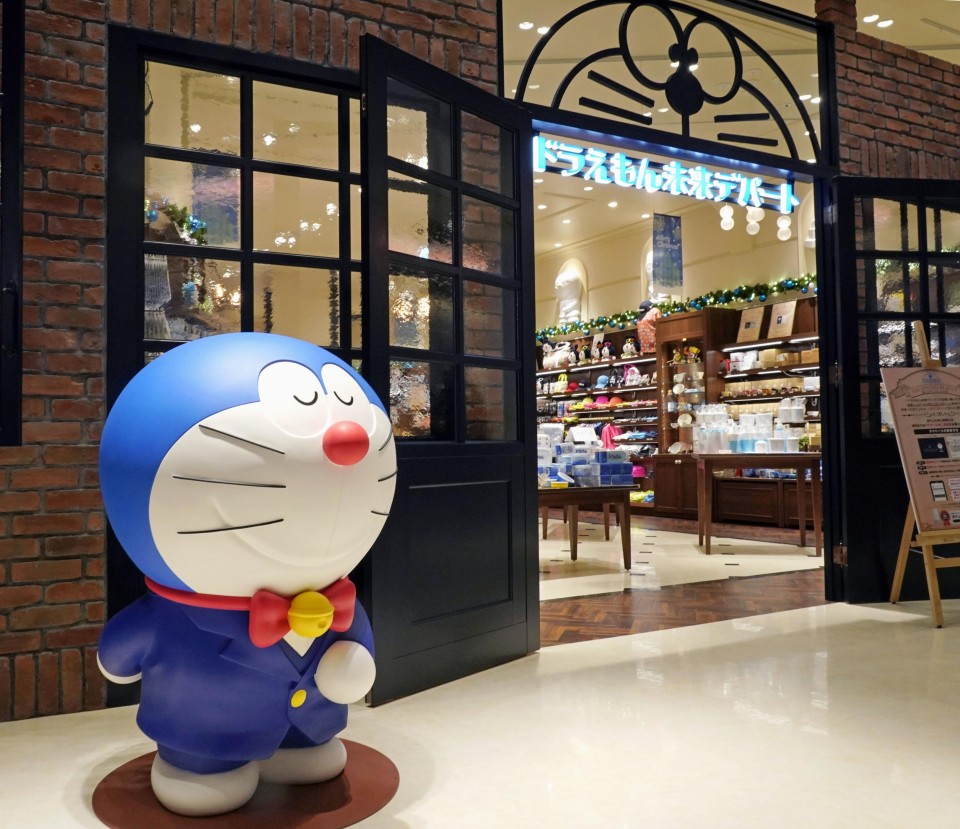