The posters have been created to raise awareness about the Tour de Tohoku, an annual charity cycling event held to support recovery efforts following the Great East Japan Earthquake that devastated the country's northeastern coastline on March 11, 2011.

They will be placed in Shinjuku's Marunouchi Line station, the Hanzomon Line station in Shibuya, and in the subway at Sendai Station between Aug. 26 and Sept. 17.

There are a total of nine poster designs which were created by Wataru Watanabe, the author of the series. Five will feature Sendai-born Hanyu and characters from "Yowamushi Pedal" riding bicycles and hanging out against the backdrop of actual scenery the event will pass.

"(Yowamushi Pedal) is a series I love as it always provides me with the strength to take a step forward and the power to focus on heading towards a single goal," said Hanyu, who became the first figure skater to defend the men's Olympic title in 66 years at last year's Winter Games in Pyeongchang, South Korea. 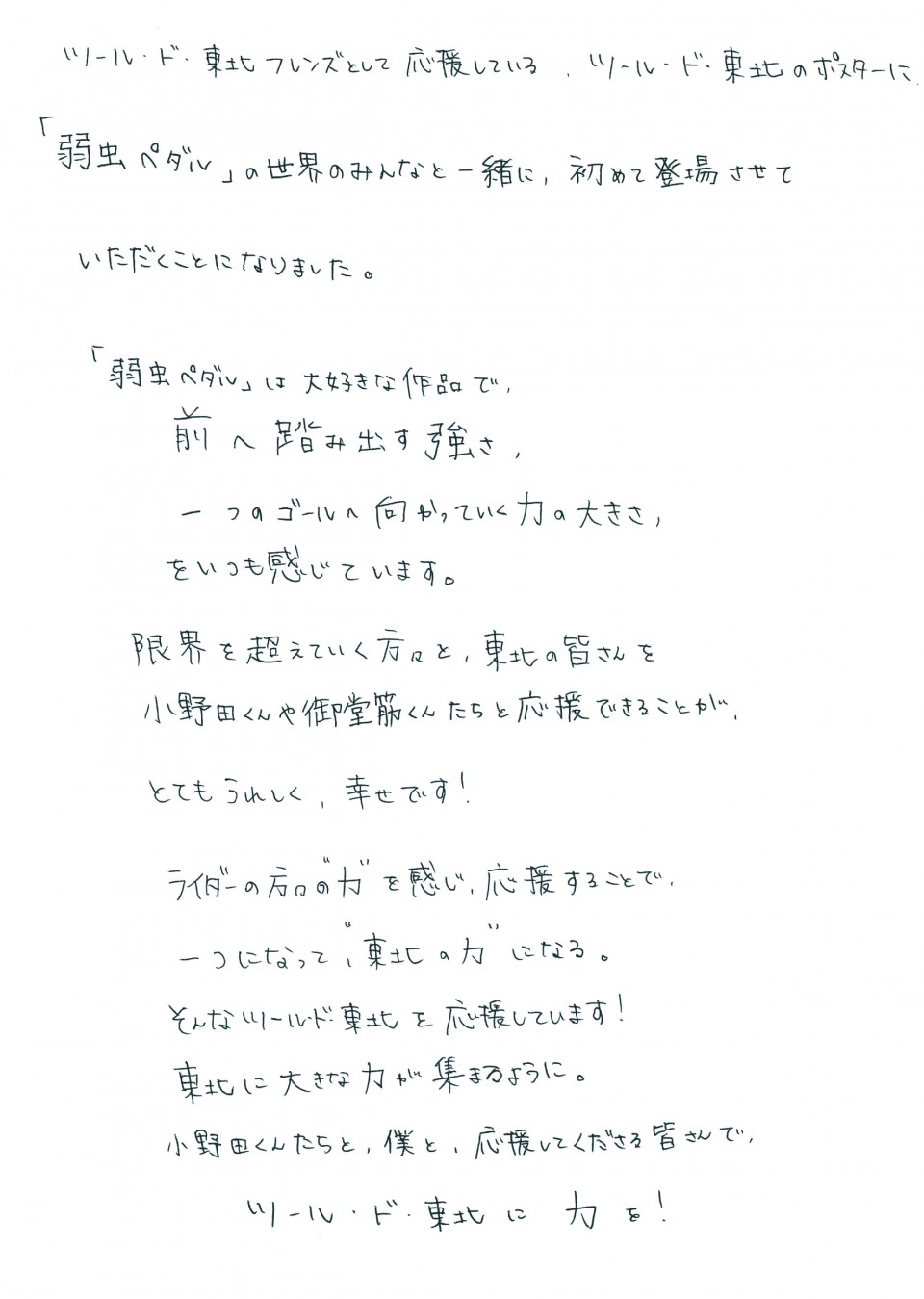 "I am really happy be able to support the people of Tohoku as well as (cyclists) going above and beyond their limits alongside Onoda-kun and Midosuji-kun," Hanyu said, referring to the two of the main characters in the anime.
The seventh edition of the Tour de Tohoku will be held Sept. 14-15.