The three were arrested on suspicion of obstructing officers from performing their duty after clashing with riot police deployed to the area, the police said.

According to organizers, around 500 people marched approximately 2 kilometers, between JR Shimbashi Station and Kyobashi subway station, chanting "(The ceremony) violates the Constitution. Let's end the imperial system," and other slogans.

Separately, similar rallies were held in other parts of Tokyo, including Yurakucho and Nihombashi, where, at times, protesters were seen arguing with supposed right-wing groups. 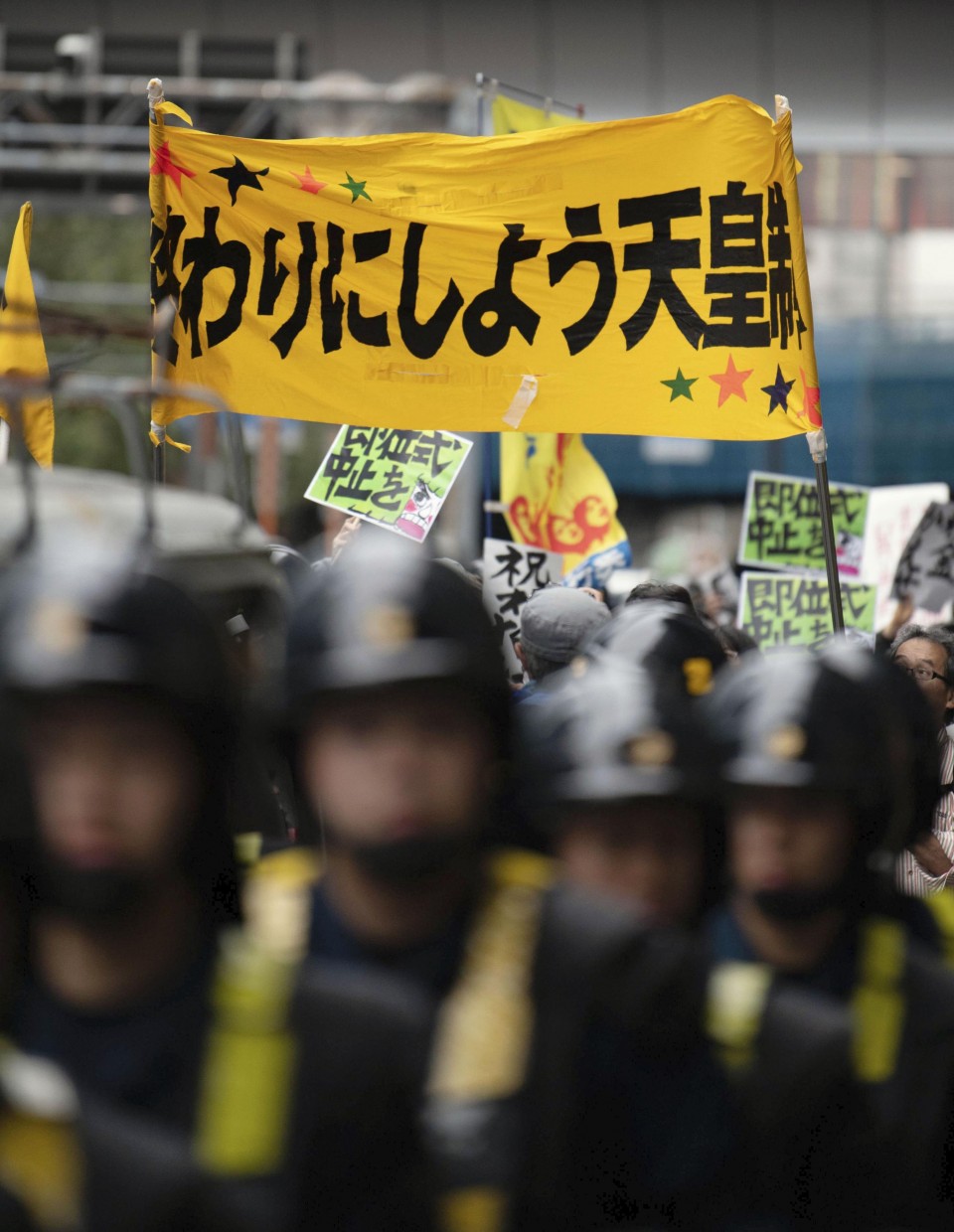 "(The ceremony) gives the impression that the emperor is the head of state. We cannot allow (the rite) because it violates the constitutional separation of state and religion," said Koichi Shin, 60, who participated in the rally.

Security was tight in Tokyo on Tuesday with police on the highest alert level in 20 years, as some 2,000 guests, including 420 dignitaries from about 190 countries and international organizations, attended the ceremony.

Up to 26,000 police were mobilized from across the country to guard the capital.

Police stood watch from the roadside of the Imperial Palace grounds, where many had gathered from early morning to celebrate Emperor Naruhito's enthronement. 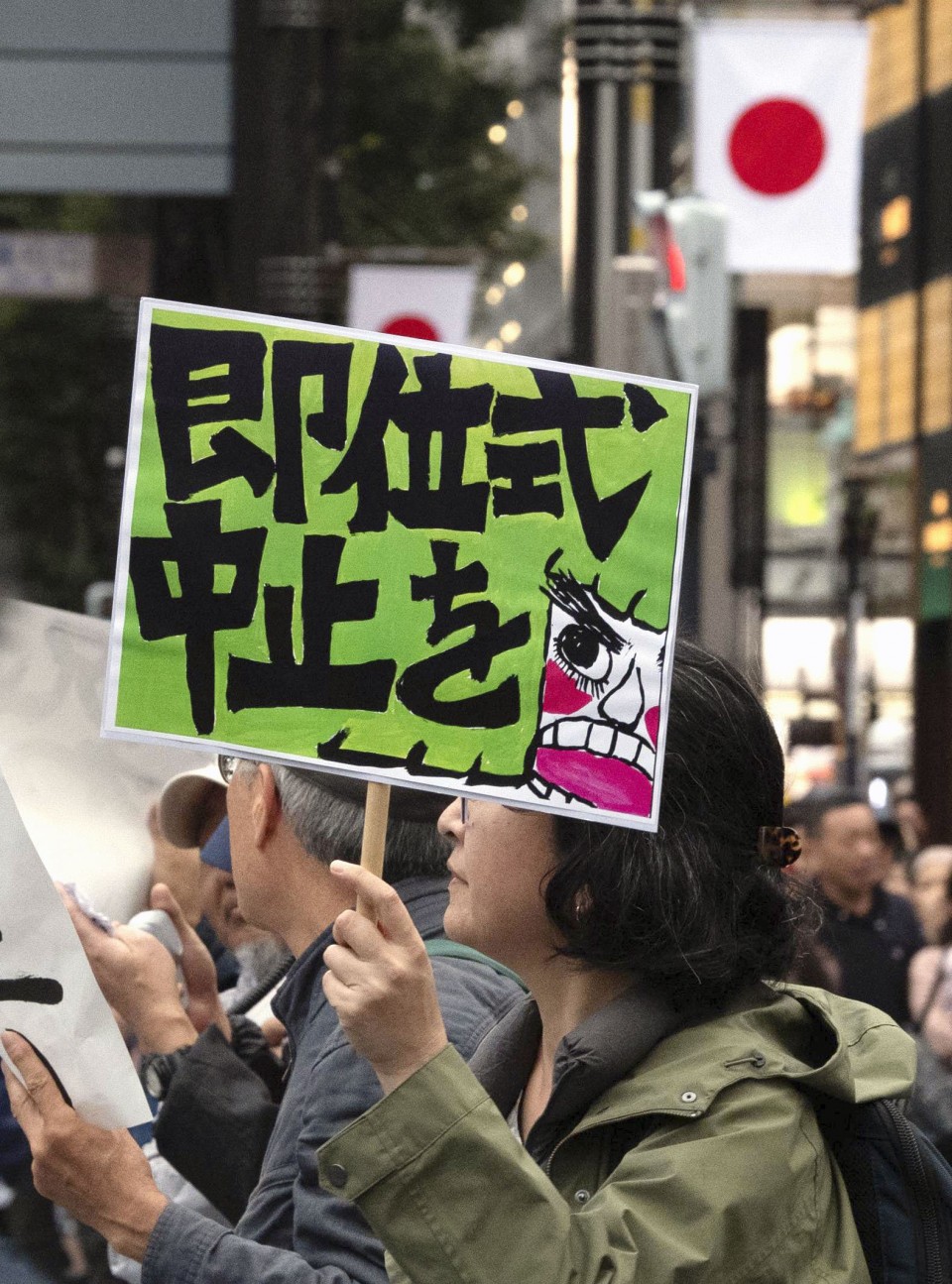 Numerous roads were closed off to accommodate the transport of the imperial couple and foreign dignitaries attending the ceremony, with traffic restrictions enforced across Tokyo.

Counterterrorist emergency response teams and police drone units were on standby to deal with any potential threats.

Embassies and accommodation facilities were heavily guarded by police, who were also on the lookout for suspicious objects at airports and major train stations.