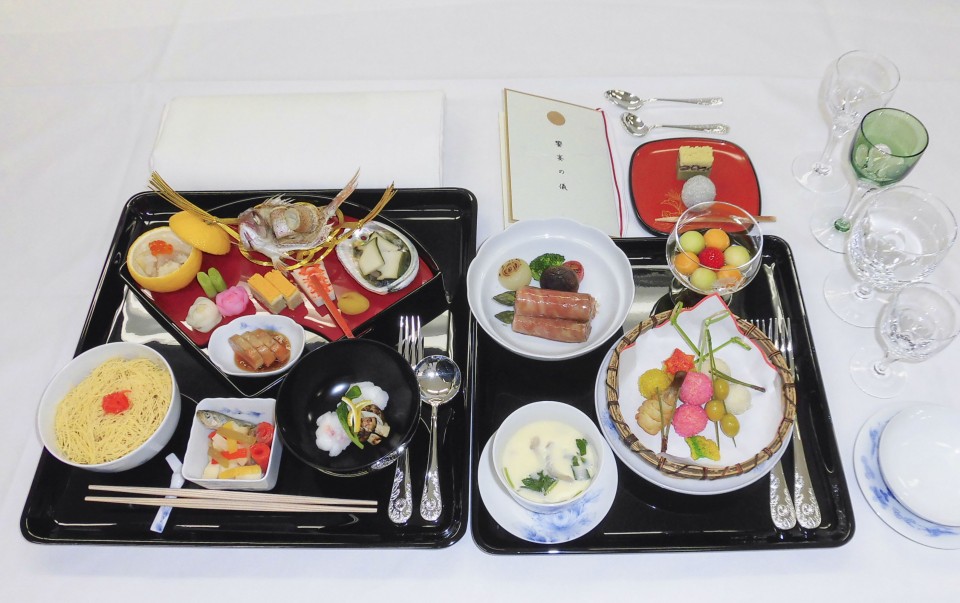 The menu for the around 450 guests including foreign dignitaries in the palace's Homei-Den state banquet hall features grilled young seabream, salt steamed abalone, and a soup of Japanese spiny lobster and "matsutake" mushrooms.

"We want our guests to enjoy Japanese delicacies from mountains and the sea," a senior official of the Imperial Household Agency said before the banquet, broadly in the style of the 1990 court banquets to mark the enthronement of Emperor Akihito, who abdicated on April 30 this year.

In consideration of guests from diverse backgrounds, halal dishes have been prepared for Muslim guests, and the chefs have substituted soy milk skin for beef in a dish for vegetarians.

For guests unfamiliar with Japanese cuisine, Western dishes such as beef and asparagus rolls have also been prepared.

Three other "Kyoen no gi" court banquets are scheduled for Friday, Oct. 29 and 31 to celebrate the enthronement of the emperor, who ascended to the throne on May 1.

A total of 2,600 guests are expected to attend the four banquets, according to the agency.