As his Brave Blossoms teammates lick the wounds they sustained in their Rugby World Cup quarterfinal loss, veteran scrumhalf Fumiaki Tanaka is already thinking about the bright side that has come out of Japan hosting rugby's marquee event.

Thanks to the team's sensational efforts on home soil, which included group-stage wins against Russia, Ireland, Samoa and Scotland, rugby has taken more attention and exposure than ever after years of struggling to gain a mainstream foothold in baseball and soccer-obsessed Japan.

"There is now an environment in which fans support the national team, but it's not like we can win the tournament (yet)," he told a press conference on Monday, a day after Japan suffered a 26-3 defeat to South Africa.

"We need to continue increasing the recognition of the sport in the buildup to the 2023 tournament so fans and media alike will continue to come (to our games)."

The 1.66-meter, 75-kilogram Tanaka, dubbed the "Small Giant" at home, played in all five of Japan's matches. On Sunday, he came off the bench in the second half to claim his 75th international cap, the most by any active Japan team player. 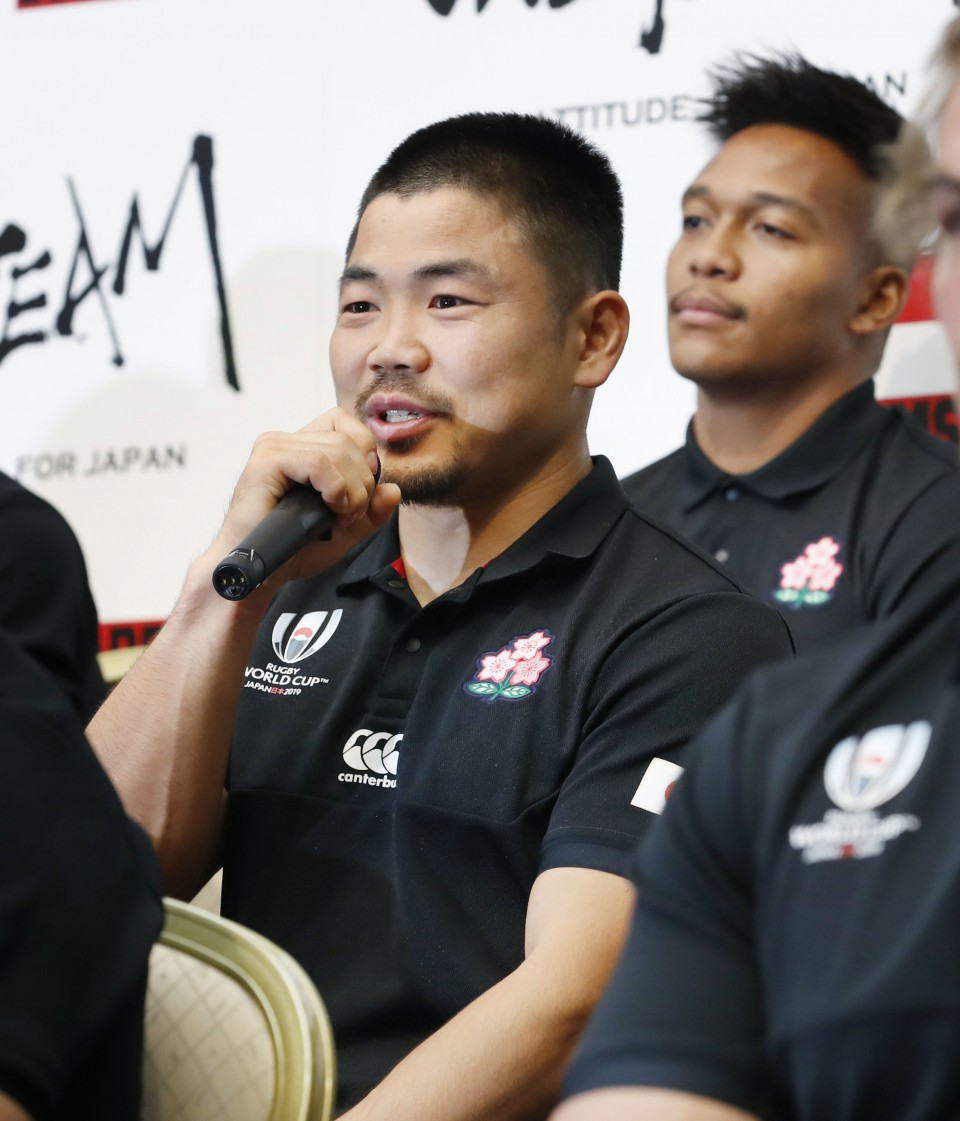 The 34-year-old had been open that his third World Cup would be his last. After the match at Tokyo Stadium (Ajinomoto Stadium), which was filled to bursting with fans in red and white jerseys, he said that it all seemed too good to be true.

"I saw what I had dreamed of since 2011. Of course, it's disappointing to lose, but I think this is a new start for Japanese rugby," Tanaka said.

"Seeing the fans made me realize that Japan rugby can really evolve and the thought made me really emotional," he said.

Promoting the sport has become one of his priorities, and he says he noticed the importance of doing that when he saw how little airtime TV news media devoted to Rugby World Cup in 2011 in New Zealand.

While the Brave Blossoms' famous upset over the Springboks at the 2015 World Cup in England, known as the Brighton Miracle, created a rugby boom in the country, the popularity was short-lived.

In the buildup to the ongoing World Cup, Tanaka worked to expand rugby's presence in Japan. He visited elementary and junior high schools with fellow Japan international Rikiya Matsuda in order to inspire a new generation of players and fans.

"I've always imagined rugby being a part of the Japanese culture, and being in the last eight was the first step for that to happen," Tanaka said.

"Of course, it would've been better if we went one step further, but so many people supported us during our campaign."

Tanaka became the first Japanese to join a Super Rugby side when he signed with the New Zealand-based Highlanders ahead of the 2013 season. He returned to Japan after playing four seasons in Dunedin and currently plays for the Canon Eagles in the domestic Top League.

"Young players, who watched the 2015 (tournament) and thought they need to work harder, really pulled off a great effort at this tournament," he said.

"If young players, who saw us at this tournament, are reminded of the importance of working hard and playing well, I think that will open a new door for the sport in Japan."