Kenki Fukuoka's last game as a Brave Blossom highlighted the fact that there is still a place in rugby for players of all shapes and sizes.

While Japan's 26-3 defeat to South Africa in the Rugby World Cup quarterfinals, ultimately came down to the Springboks' physicality, the fact that Japan were even in the knockout stages was down to some of the smaller players in the Japan team.

"The brand of rugby we play is inspiring...and ideal for promoting the game," said Japan coach Jamie Joseph.

That brand makes the most of the players who have been dubbed the "Ferraris" on Japan's wing and can only be played thanks to the input to another of the not-so-tall brigade. 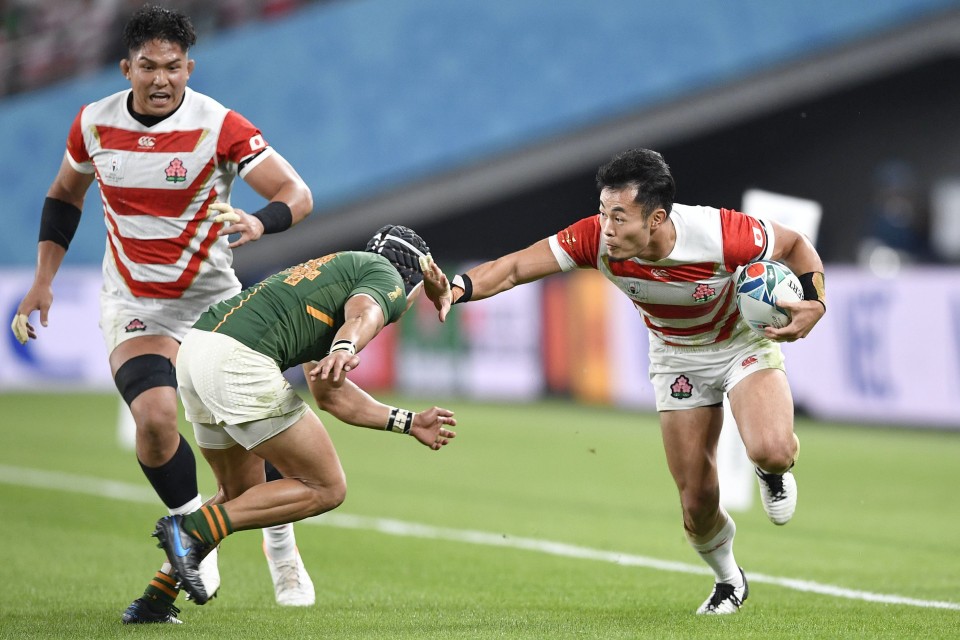 Scrumhalf Yutaka Nagare was outstanding all tournament, his speed to the breakdown and speed of pass key to Japan going through their pool games unbeaten.

"Not just South Africa, but all of the teams competing at the World Cup are bigger than us," Nagare said.

"Though we are small, I think everybody played really well and it became a confidence-booster. But that is totally different from winning a quarterfinal. They know the pressure of playing in the quarterfinals and how to win the game. I think we were just missing some factors." 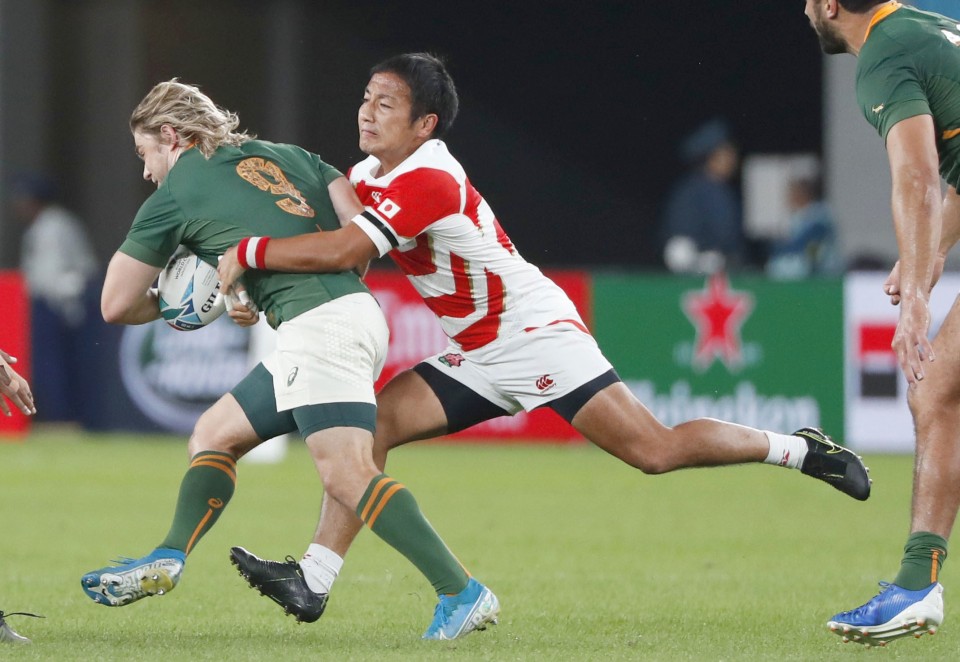 Much has been written of the electric breaks down the touchline that saw Fukuoka and Kotaro Matsushima pick up nine tries between them in the pool stages. But there is much more to their game.

Both were immense Sunday in defense, taking every high kick and tackling every player that came their way.

One defensive read from Matsushima in the first half saw him stop a try even though he initially had to cover four players.

Fukuoka has one remaining goal for his country as the 2016 Rio de Janeiro Olympian aims for an Olympic encore before eventually hanging up his winged boots in order to attend medical school. 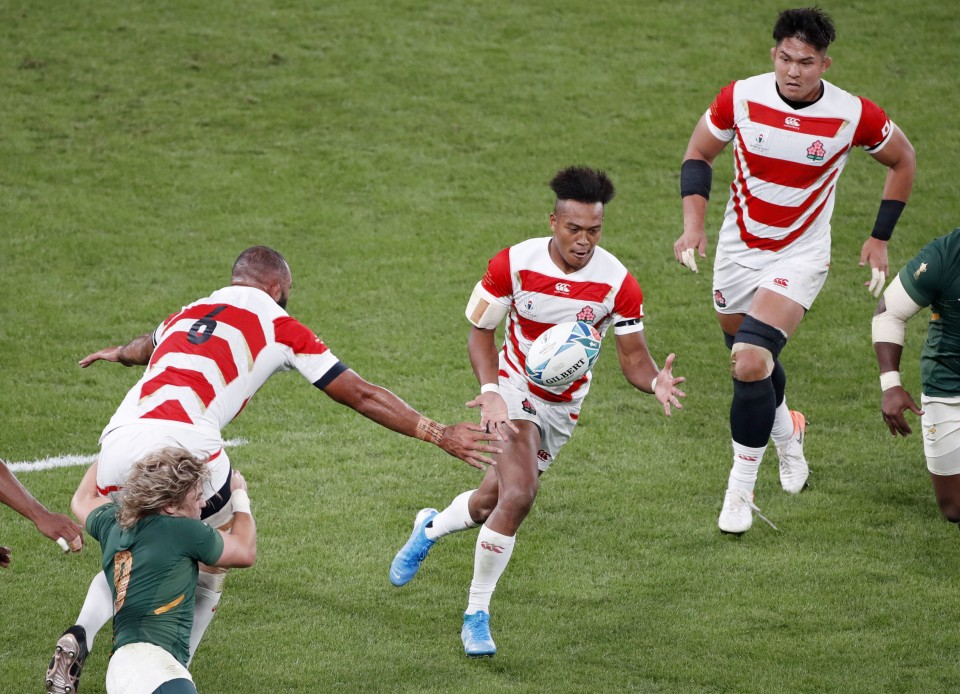 "The 2020 Olympics are next year, so I hope that that strength of the Japanese players can be built up on," he said.

Although he will be missed, Fukuoka has left a legacy, showing rugby fans throughout the world that the sport still has a place for men with attributes other than brawn.

"I think it would be wonderful if small players like us can give hope to others by playing physically," he said.