Japan's oldest monorail, which has operated at a Tokyo zoo since 1957, made its final run on Thursday, with fans bidding a fond farewell.

Fans both young and old gathered to take pictures and board the two-car-monorail that runs 330 meters between western and eastern parts of Tokyo Zoological Gardens. 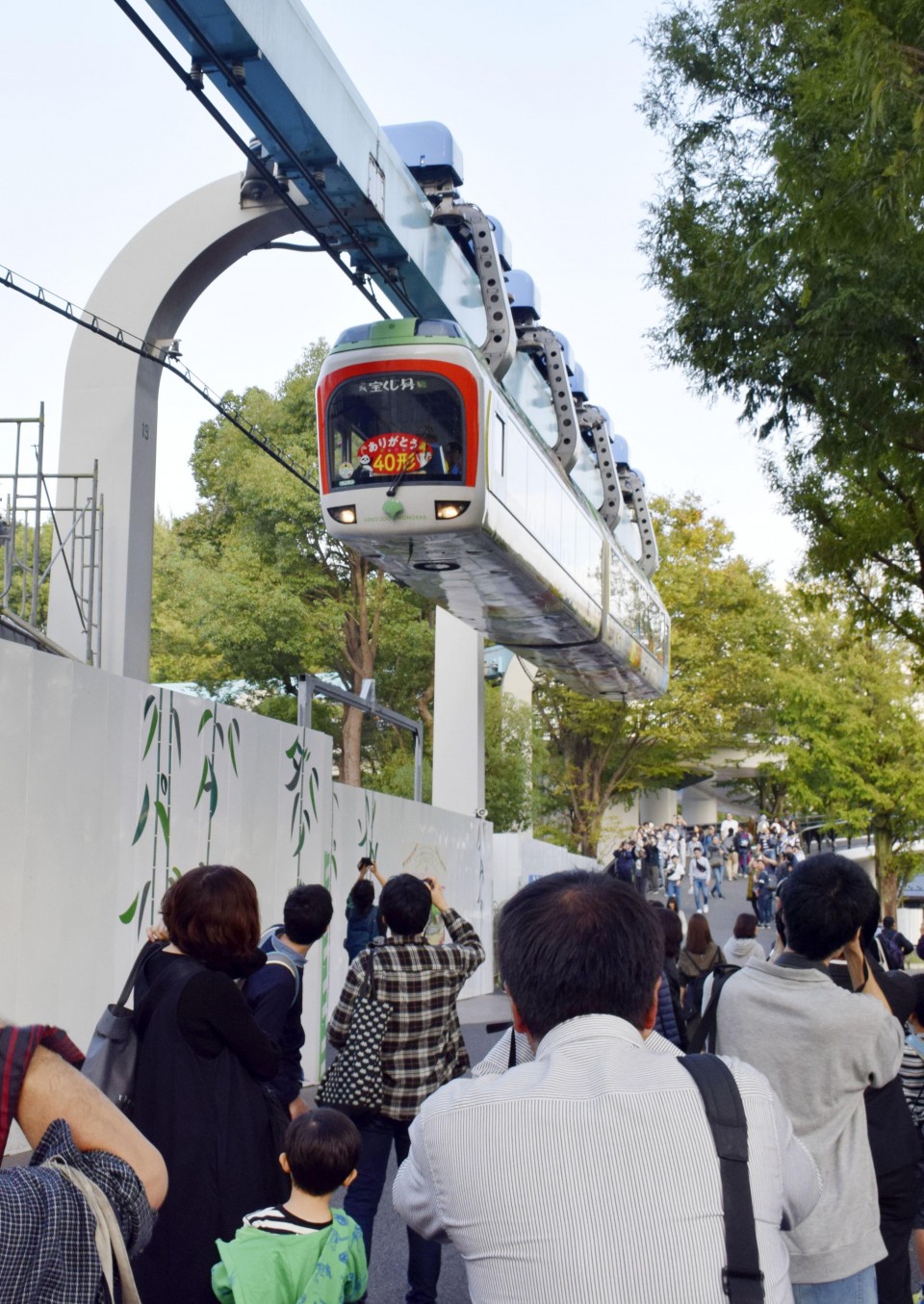 "It was a symbol of the zoo," said Norie Tate, 44, who took the day off work to witness the train's retirement with her 3-year-old son Amane. "I wanted them to preserve it," she said.

"I want to ride it more," Amane said. 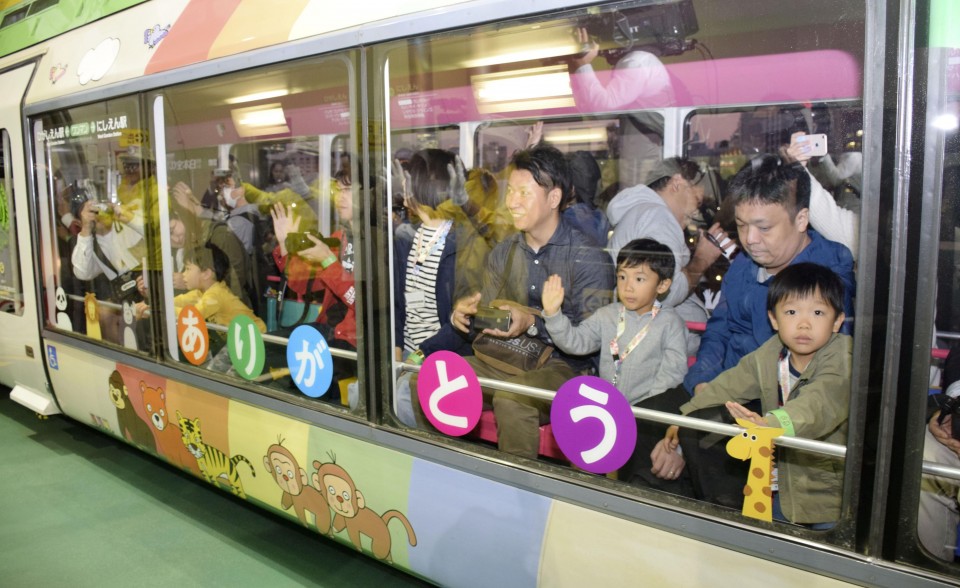 (Passengers on the final run)

In a departing ceremony for the final run, stationmaster Kazuhide Nagata thanked the visitors and said, "I cannot forget children saying it was fun." There were a total of 6,378 passengers on the final day.

The suspended monorail stopped its service due to the aging of the cars. It was established as part of an experiment by the Tokyo metropolitan government to examine suitable public transportation that could replace street cars. 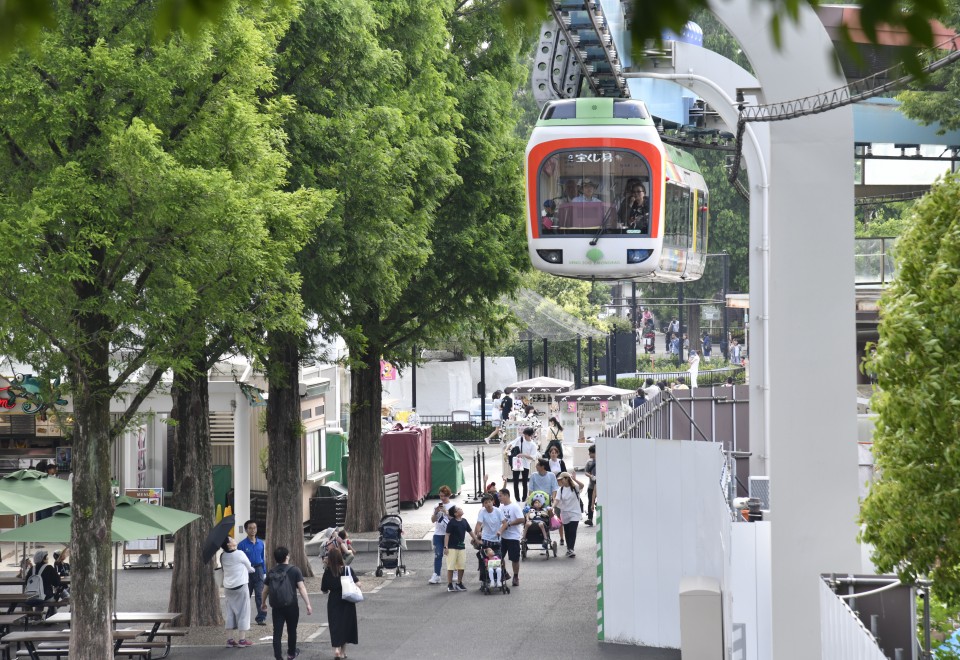 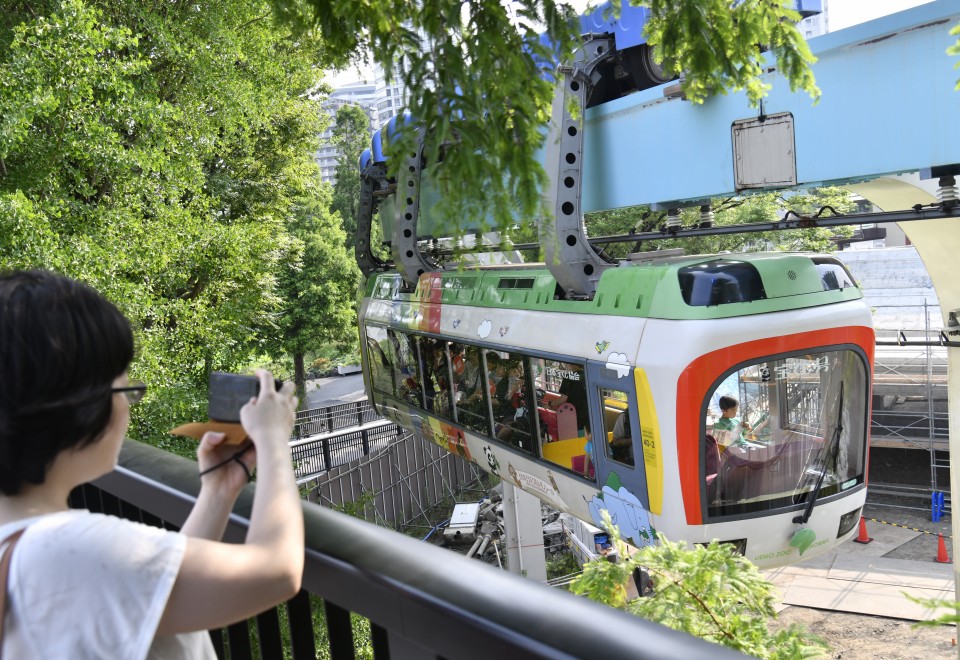 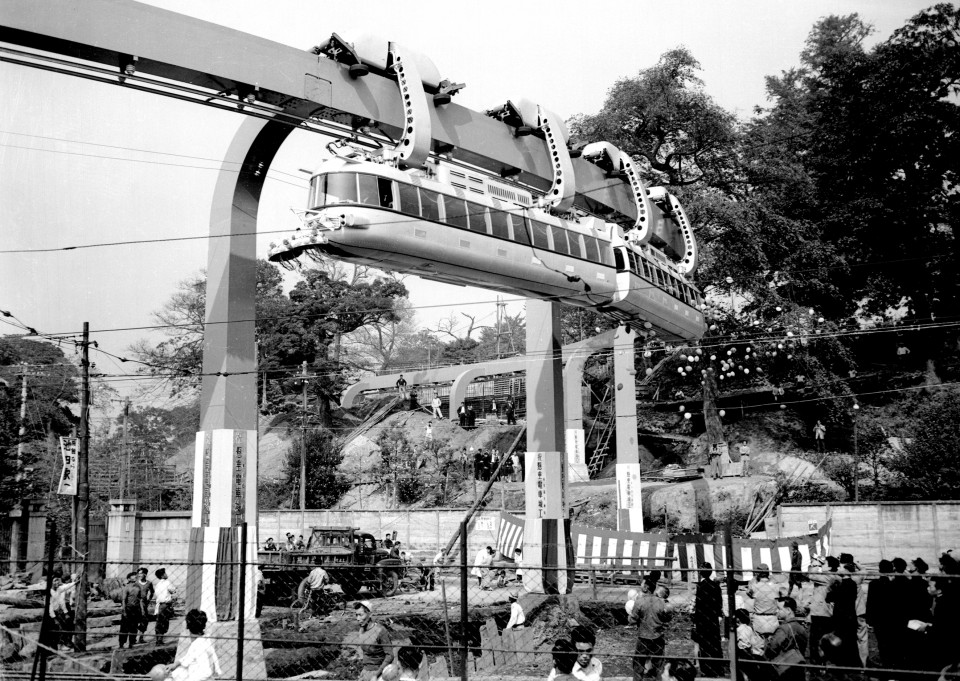