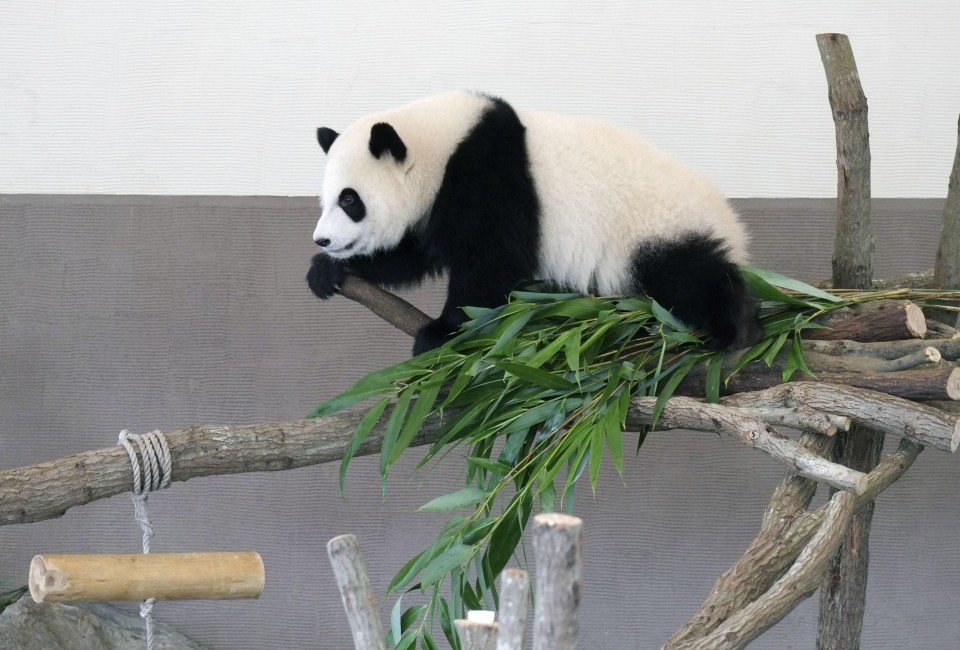 TANABE, Japan - A 1-year-old female giant panda has been moved to a different facility at a western Japan zoo so she can develop independently of her mother, the Adventure World amusement park said Thursday.

Saihin, born in August last year, had been living with her mother Rauhin at the park in Wakayama Prefecture.

She weighed 75 grams at birth, making her the smallest panda cub born at the zoo, but she now weighs 37.4 kilograms and recently began eating bamboo stems.

At her new home, Saihin was seen climbing wooden structures and eating apples.

"I hope she will grow up healthy and give birth to a lot of cubs," said Hideaki Nishioka, 32, who was visiting the park with his family from Kobe.