A zoo near Tokyo, struggling to provide water for its animals amid a prolonged power outage due to a typhoon earlier this week, resumed operations on Saturday, encouraged by a wave of moral and material support from the public.

Ichihara Elephant Kingdom, a public zoo in Ichihara, Chiba Prefecture, had been closed since the storm triggered a massive blackout on the Boso Peninsula, southeast of the capital.

In the absence of electricity, zookeepers were forced to cut back on water provisions to elephants and other animals, as an in-house power generator has been the only way to pump water up from a well.

The zoo prioritized supplying water to breast-feeding mother elephants in the facility that keeps a total of 13 elephants along with other animals. 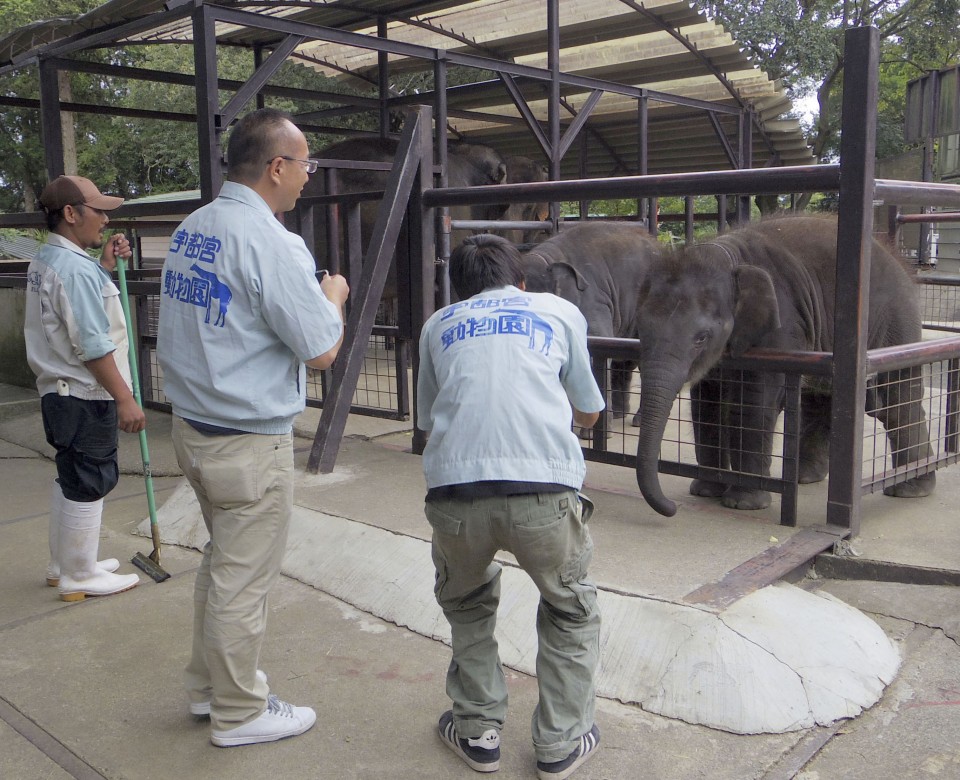 When the zoo called for help through Facebook on Thursday due to the power generator working poorly, many people offered assistance and more than 10 power generators, as well as food and water, were delivered to the facility.

"We feel really grateful," said Sayuri Sakamoto, the head of the zoo. "I hope that people will be all right," the 69-year-old added, referring to local residents who are coping with the ongoing blackout after the storm.

Among the volunteers, a husband and wife came to the zoo from Niigata Prefecture, roughly 300 kilometers from Ichihara, bringing in a power generator.

A fellow zookeeper from Utsunomiya, Tochigi Prefecture was also one of such people providing help.

Haruyuki Kuroda, 50, delivered apples and vegetables to the zoo by car on Friday. "We were helped out when the Great East Japan Earthquake struck (in March 2011). I was relieved to find that the elephants were fine," he said.

Parts of Chiba Prefecture remain without power five days after the typhoon despite Tokyo Electric Power Company Holdings Inc.'s efforts to restore electricity to the area.