The South Korean government filed a complaint on Wednesday with the World Trade Organization over Japan's tightening of export controls, which further chilled ties in the countries' increasingly frosty relationship.

The Japanese move, which "directly targets" South Korea, is "discriminatory and was motivated by our court rulings on the forced labor issues," South Korean Trade Minister Yoo Myung Hee said in a news briefing to explain the government's decision. Japan denies the allegation.

Japan's Ministry of Economy, Trade and Industry said it had received a request to begin bilateral consultations, the first step of the WTO's dispute settlement process, and that it will "deal with the matter appropriately."

Isshu Sugawara, who was appointed the country's trade minister in a Cabinet reshuffle Wednesday, said the measure is in line with WTO rules and that he will work to make it known among the international community.

"It's highly regrettable that South Korea has continued to take antagonistic actions," he said at a press conference in Tokyo. 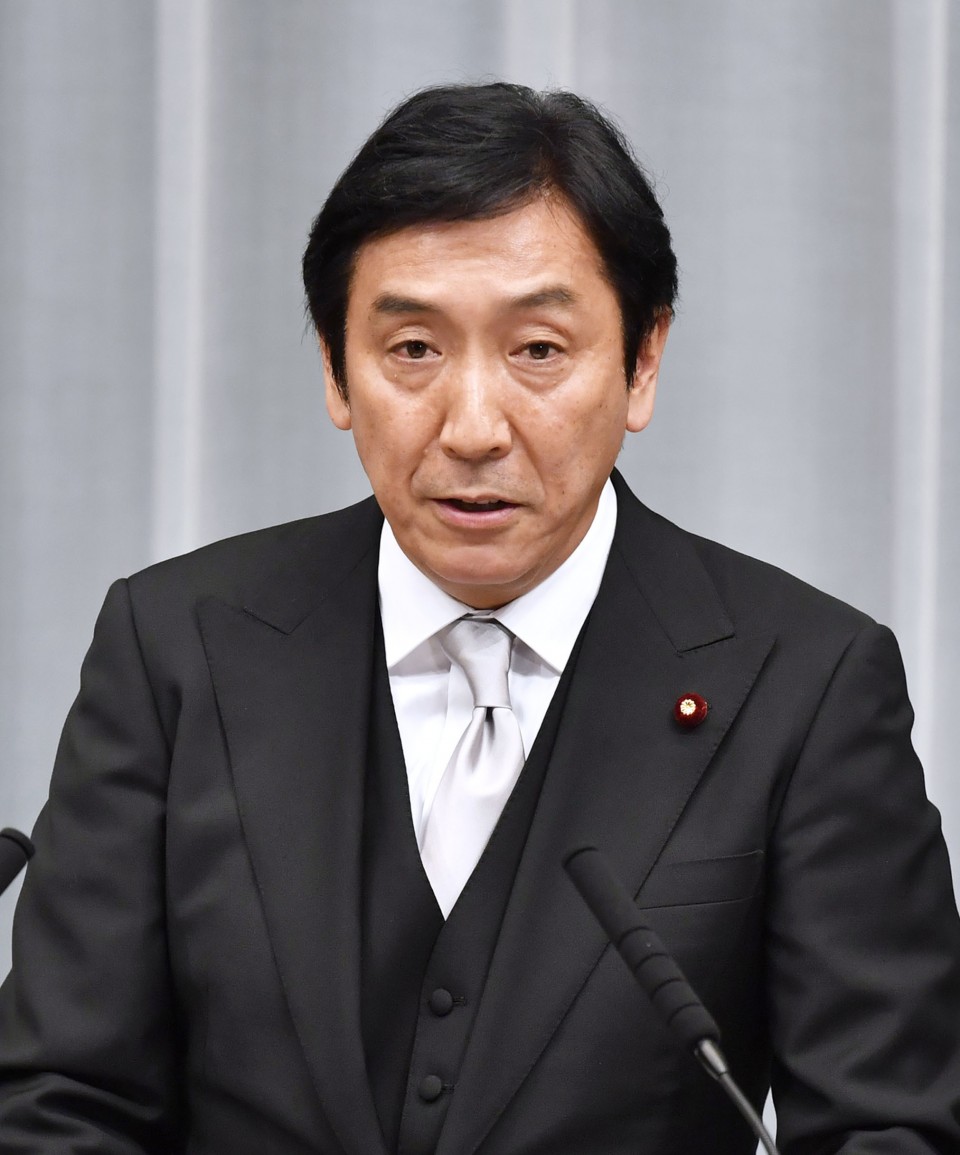 The feuds over wartime history and trade have seen Japan-South Korea ties plummet to their lowest point since they established diplomatic relations in 1965.

Under the WTO dispute resolution process, South Korea will first seek to settle the matter through dialogue with Japan. If it cannot be resolved this way, South Korea will ask the WTO to establish a dispute settlement panel.

Seoul will start the process by sending consultation requests to Tokyo and the WTO by the end of Wednesday, Yoo said. She asked the Japanese government to show a "mature and responsible" attitude so the matter could be settled quickly.

The minister said she expected the WTO to take about 15 months to hand down a ruling if a dialogue-led settlement proved impossible.

Also Wednesday, South Korea's Trade, Industry and Energy Ministry claimed it has won a case at the WTO over its antidumping duties on Japanese pneumatic valves, despite a WTO ruling on Tuesday that upheld a decision urging South Korea to take corrective action.

In addition to toughening its export controls on South Korea, Japan last month revoked the country's preferential status as a trade partner for the purchase of goods that can be put to military use.

Under the tougher export rules implemented July 4, exporters of hydrogen fluoride, photoresist and fluorinated polyimide are required to obtain a license prior to each shipment leaving for South Korea.

Previously, the Japanese government had given three-year preferential permits for exports of the chemicals.

Since the materials are used by such leading South Korean manufacturers as Samsung Electronics Co. and SK Hynix Inc., the rule change has raised concern about possible disruption to global supply chains.

While the Japanese government has granted three relevant shipments since its rule change in July, the South Korean government says uncertainty remains because Tokyo can refuse to issue export licenses at will.

In response to Japan removing South Korea from its "white list" of preferred trade partners, Seoul plans to take Japan off its equivalent list by the end of this month.