The head of a minor opposition party, whose primary goal is to "crush" Japan's public broadcaster NHK, makes a remark hinting that genocide is the solution to overpopulation in a video uploaded to YouTube on Friday.

"To put it very roughly, 'we should just wipe out races that have babies like idiots,' or something like that," Takashi Tachibana of the NHK Kara Kokumin Wo Mamoru To (the party to protect the people from NHK) says in the video, adding he has "no motivation to do so though." 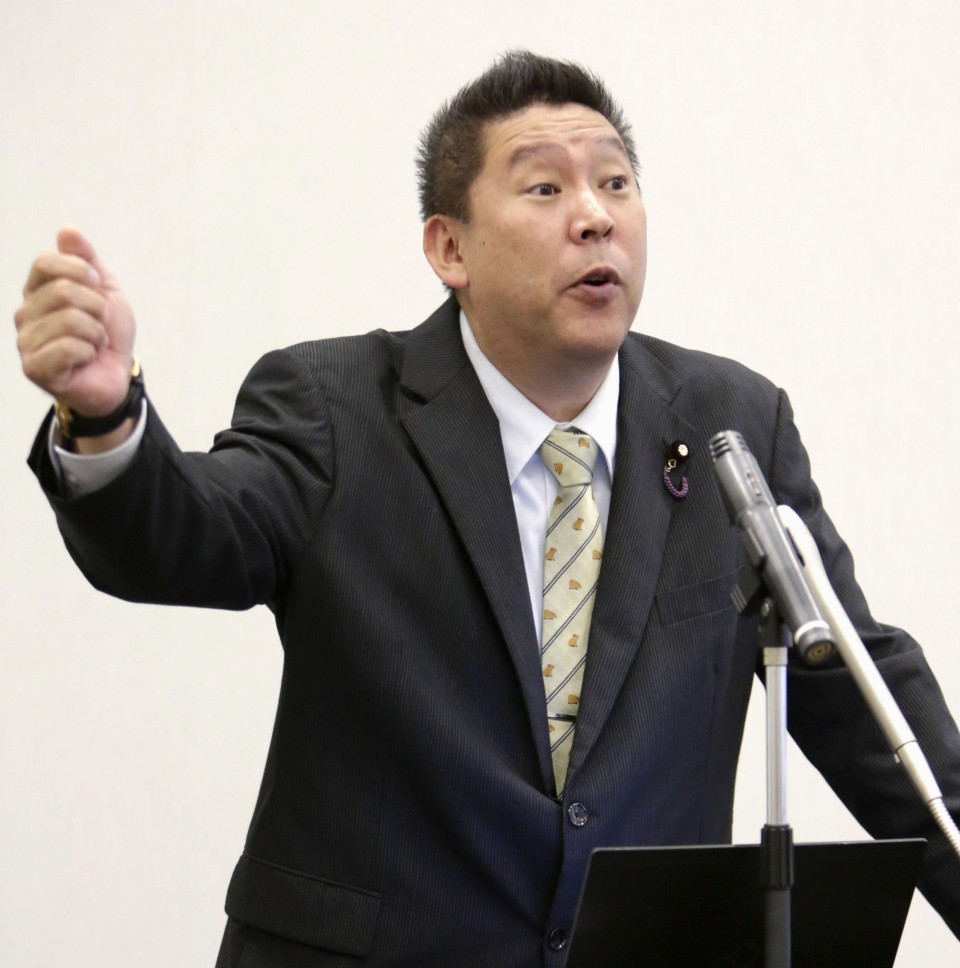 Tachibana also questions the provision of educational support to countries in poverty.

"It's impossible to teach dogs. (They're) close to being dogs. There are an overwhelming number of people like that in the world," he says, adding, "These countries have babies to the point of idiocy."

In a separate video discussing racism, Tachibana suggests that discrimination and bullying are forms of divine providence.

"Isn't it good for things to be natural? The natural order God created. People killing each other is part of God's system, too," he says.

Tachibana, a former employee of the broadcaster formally called Japan Broadcasting Corp., is known for making inflammatory remarks about TV personalities and those who oppose him on his YouTube channel.

His party calls for the abolishment of mandatory payment of subscription fees to the public broadcaster, arguing that only those who watch the network should have to pay.

The party received around 980,000 votes in the proportional representation system in the July 21 upper house election.