The head of a minor opposition party, whose primary goal is to "crush" Japan's public broadcaster NHK, said Monday he was questioned by police for alleged intimidation.

Takashi Tachibana of the NHK Kara Kokumin Wo Mamoru To (the party to protect the people from NHK) said he will "not resign immediately" but suggested he would do so if found guilty. 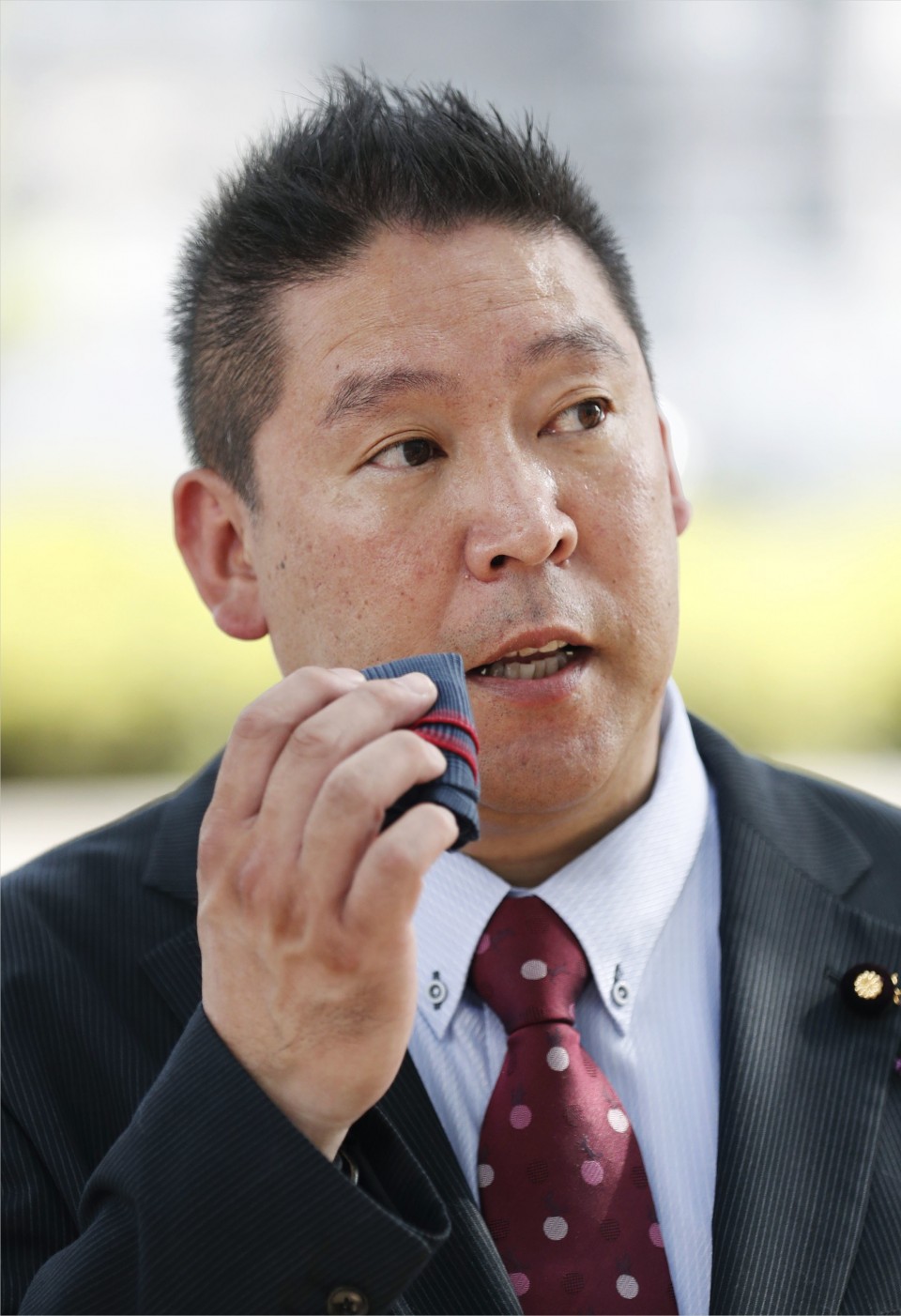 "There's no problem at all," Tachibana said at a press conference after an hour-long interrogation.

He admitted the police had questioned him on suspicion of blackmailing a male assembly member of Tokyo's Chuo Ward.

The alleged victim, who won as a party member in April's local election, was expelled in June after a financial problem with the party emerged, according to a source familiar with the party.

Tachibana uploaded a Youtube video condemning the man, describing him as "a turncoat" and pressuring him to resign. The man submitted a complaint to the police saying Tachibana threatened him.

The interrogation comes less than two months after the party won its first Diet seat in an upper house election in July.

Tachibana, a former employee of the company formally called Japan Broadcasting Corp., is known for making inflammatory remarks about TV personalities and those who oppose him on his YouTube channel.

The party is calling for abolishing mandatory payment of subscription fees to the public broadcaster, arguing that only those who watch the network should have to pay.

The party won around 980,000 votes in the proportional representation system in the July 21 upper house election.

Tachibana is not the only controversial figure belonging to the party. Hodaka Maruyama became the vice leader after being expelled from the opposition Japan Innovation Party for suggesting Japan should wage war with Russia over a territorial dispute.