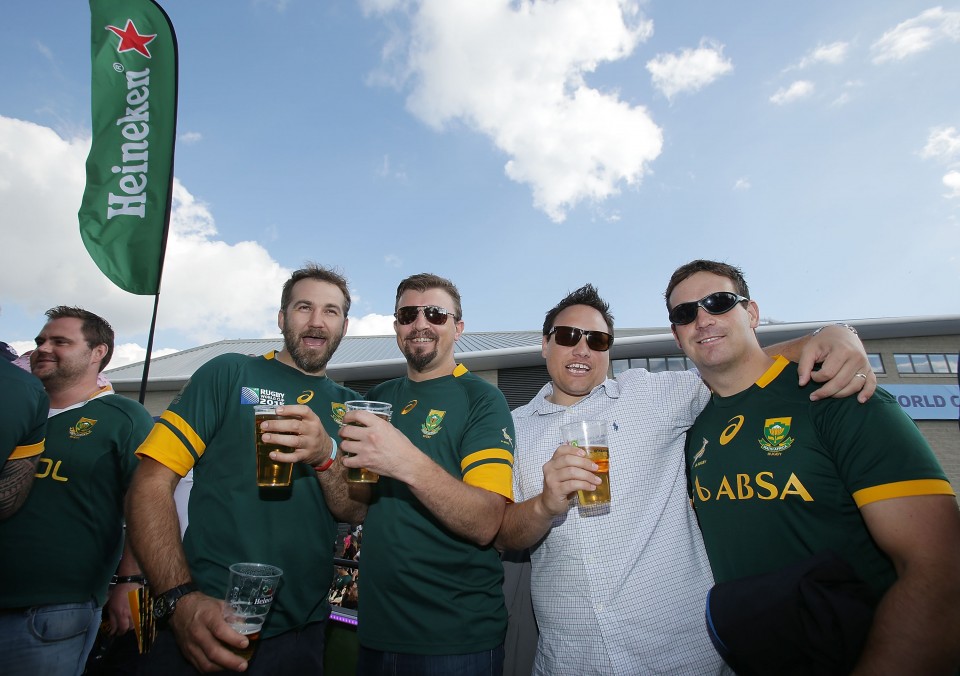 TOKYO - From the start of Rugby World Cup until it finishes in November, a bar nearby Tokyo Stadium will lay on three times the normal number of backup beer kegs.

"So far, a lot of foreign rugby fans have come here before and after watching international games, and they didn't seem to drink that much," said Tetsumasa Yumino, 35, who runs the bar "Good Dreams" near Tokyo Stadium (Ajinomoto Stadium), where the World Cup kicks off.

"But the World Cup is a quadrennial festive event, so the situation might be different over the next two months."

The custom of gulping beer not only during a match but also before and after the game has taken root in rugby's powerhouse nations, but it may appear a little unusual to most Japanese people. 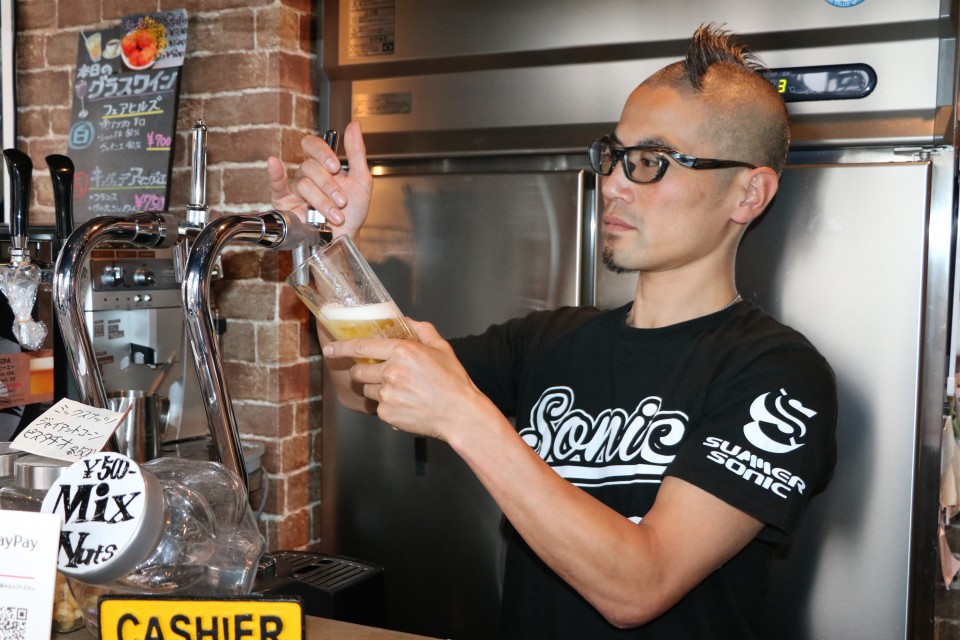 Amid expectations that a number of bibulous rugby fans will travel to Japan, the first Asian country to host the world's third biggest sporting event, many bar and restaurant owners are bracing for a huge increase in alcohol consumption.

According to the World Cup organizing committee, some 1.9 million liters of beer were drunk at fan zones and match venues in England at the last World Cup in 2015. In venues that also host soccer games, the average beer consumption during RWC 2015 was six times more than at soccer matches.

At RWC 2003 in Australia, a venue hosting an Australia match on Saturday and an Ireland game on Sunday sold its entire supply. In France in 2007, the city of Marseille virtually ran out of beer and wine when hosting a quarterfinal between South Africa and Fiji.

Research by the organizers suggests high-income earners account for a larger percentage of rugby fans than those of other sports, meaning they can afford to spend more on alcohol.

Organizers in Japan have arranged 16 fan zones, where visitors without tickets can watch games on giant screens with alcohol and snacks in hand in 12 cities across Japan. But many people are expected to turn up at establishments near stadiums to slake their thirst. 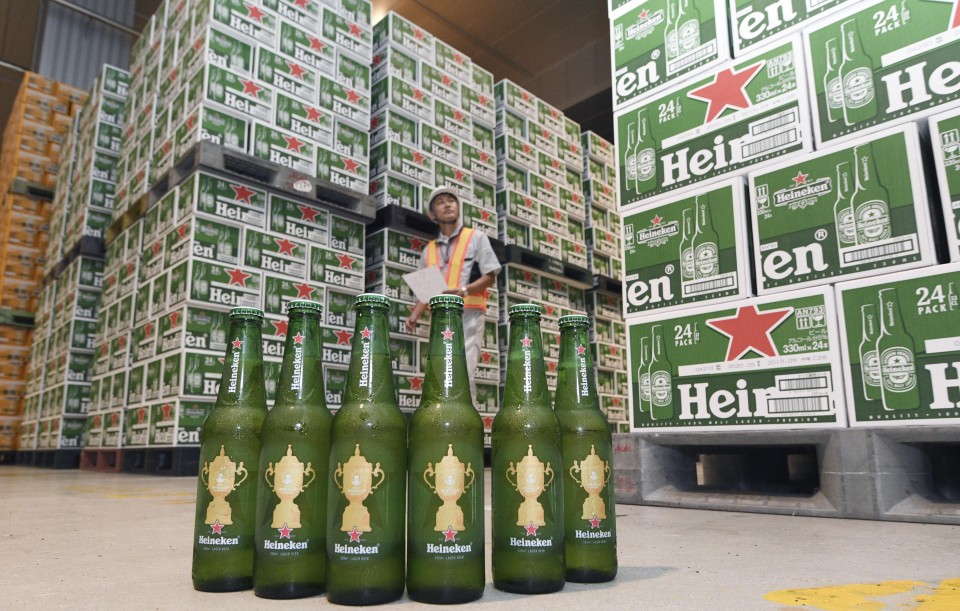 Tokyo Stadium will host eight games. Yumino's bar nearby normally opens from evening on weekdays, but he will open during the daytime on match days to bring in more customers.

"It's possible our beer casks may empty momentarily, but even if it happens, we are prepared so we will be able to replenish them quickly by asking liquor stores for help," said Yumino.

"The World Cup is a big business opportunity. We'll do our best to bring guests again in the future, especially during the Tokyo Olympics and Paralympics next year."

A report published by the organizing committee says it is usual for traveling rugby fans to stay in the host country for a few weeks during the World Cup, and estimates up to 400,000 foreign visitors in Japan will watch games.

According to the report, the upcoming World Cup is expected to create a roughly 437 billion yen ($4 billion) economic boost for Japan. That includes a direct impact of over 100 billion yen from spending by overseas visitors, with a significant amount expected to come from purchases of beer.

Heineken Kirin K.K., an affiliate of Japanese beverage maker Kirin Brewery Co. which handles products of the RWC official beer sponsor Heineken beer in Japan, said it aims at a year-on-year sales rise of about 70 percent between September and November.

It also plans to increase beer production in September by around 80 percent from the same time last year.

To call local business circles' attention to the possibility of a "beer crisis," organizers held explanatory sessions targeting them in five cities from February to June. They warned that locals would "end up missing business opportunities" if they run out of beer and could face the consequence that "bad reputations (for establishments) might spread" through social media. 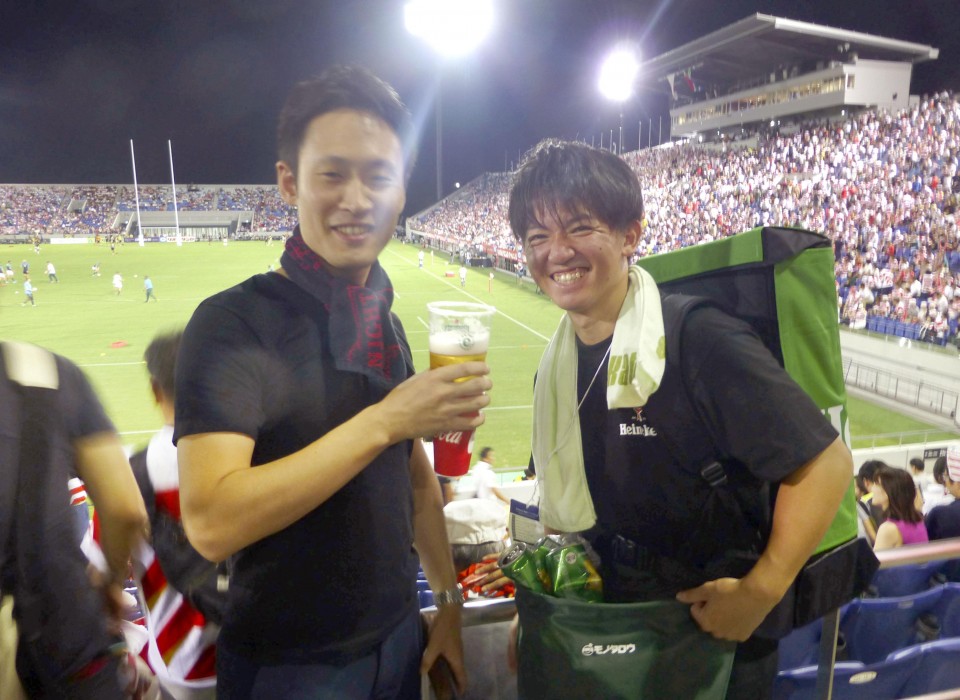 (A beer seller (R) is pictured at Kumagaya Rugby Stadium in Saitama Prefecture, one of the venues of the 2019 Rugby World Cup)

The government of Oita Prefecture, where New Zealand, Australia and Wales will play, said it has asked the largest four beer producers in Japan to strengthen their supply chains during the tournament so they can respond to urgent orders.

The tourism bureau of the western Japan city of Kobe, which hosts England, Ireland and Scotland, held a seminar for local food and beverage business operators in May. An official said it was necessary given that fans of the three teams "are said to drink liberally."

When attendees asked how much beer they would have to keep in stock, bureau officials replied that they should secure four to five times as much as normal -- based on materials provided by the organizing committee.

Kyoto-based sake brewer Kizakura Co. released two new types of canned and bottled beer, "No Side" and "One for All All for One," with packaging featuring rugby players. A company spokeswoman said the products "have enjoyed unprecedented sales" since their release in June and August.

"We hope time foreign rugby fans spend in Japan will trigger their interest in Japanese beer, and also in sake," she said.