The whistle to be used by referee Nigel Owens when the Rugby World Cup kicks off on Sept. 20 in Tokyo arrived in Japan on Thursday following a roughly 20,000-kilometer journey by bicycle and ferry from London.

South African Ron Rutland and Hong Kong native James Owens arrived in Osaka via ferry from Shanghai with the commemorative whistle safely intact following a trip through 27 countries that has taken 223 days so far.

With just 600 km remaining on their epic journey, Rutland said, "Touch wood, we know we have it in the bag, so we aim to treat (the ride to Tokyo) as the Champs-Elysees stage," referring to the final, relaxed leg of the Tour de France that usually sees the riders sip champagne as they approach the finish line.

That final leg will see them joined by friends and family before they hand the whistle over to referee Owens next Thursday at Tokyo Stadium (Ajinomoto Stadium). 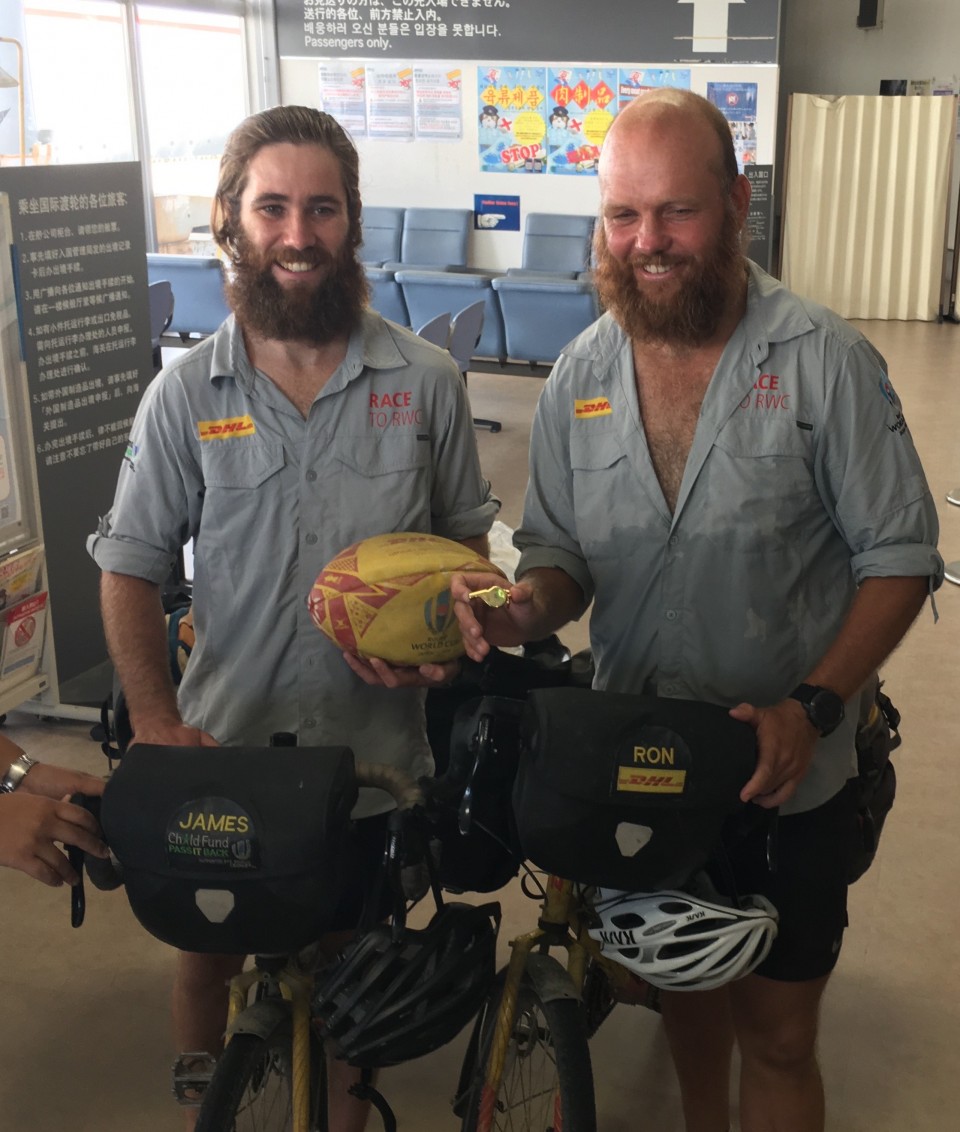 The following day the Welshman will use it to signal the World Cup kick-off as Japan takes on Russia.

Having begun their journey at London's Twickenham Stadium on Feb. 2, the pair have averaged 600 to 700 km a week, "which involved 40 to 50 hours in the saddle."

They experienced temperatures from -12 C in Eastern Turkey to 42 C in India, suffered 14 punctures and reached an altitude of 4,600 meters in Pakistan's Khunjerab Pass.

"It's just a relief to get here, given how tight a schedule we were on," Rutland said.

The pair -- entrusted to carry the whistle by World Rugby -- used the journey to raise funds and awareness for ChildFund Pass It Back, a program that empowers underprivileged children across Asia through rugby.

The 28-year-old Owens worked for the charity for four years. Every day on the trip, he has placed a photograph of one of the coaches involved in the program on his bike, "so I feel as if I am riding for that person." 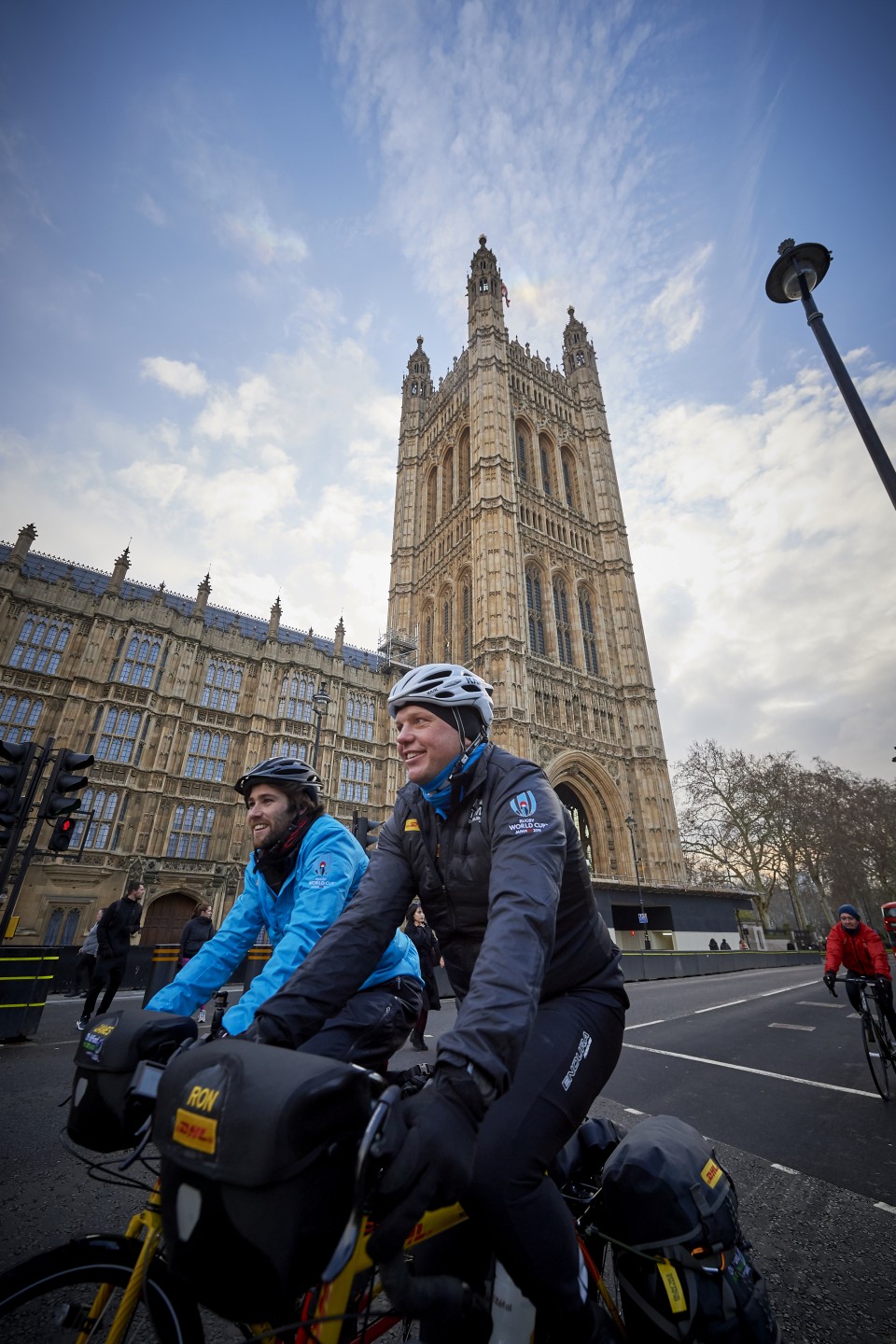 (James Owens, left, and Ron Rutland cycle past the Houses of Parliament on Feb. 2, 2019)
[Photo courtesy of Ben Fisher]

On Thursday, it was announced that in addition to the 67,000 pounds ($82,000) raised by Rutland and Owens, the charity had benefited to the tune of 2 million pounds thanks to pledges by rugby fans who have bought tickets for the Rugby World Cup.

The rugby ball in their saddlebags, along with their limited clothing and camping gear, ensured "bewilderment and curiosity" towards the two heavily bearded cyclists whenever they made a border crossing.

With the end in sight, the pair hopes to explore as much of Japan as they can during the tournament, though they have differing views on how they want the tournament to end.

Rutland is hoping the Springboks will provide a fitting finale to this trip by winning the tournament, while Owens hopes England will come away with the Webb Ellis Cup.

"We have gone 230 days and are still talking, but it could all end up in fisticuffs," quipped Rutland.