Two octopuses predicted Friday that host Japan's Brave Blossoms will not advance to the knockout stage of the Rugby World Cup, which opens next week.

Octopuses from Obira in Japan's northernmost main island of Hokkaido, selected the outcomes of the hosts' pool matches by moving in a vinyl children's pool divided into sections representing Japan, their opponents and a draw.

Under head coach Jamie Joseph, Japan aim to reach the knockout stage for the first time. At the last tournament in 2015, they failed to advance despite winning three of their four pool games.

According to the two molluscs' predictions, Japan will open their World Cup campaign with a loss to Russia on Sept. 20. They will stage an upset against world No. 1 Ireland eight days later, before suffering defeats to Samoa and Scotland. 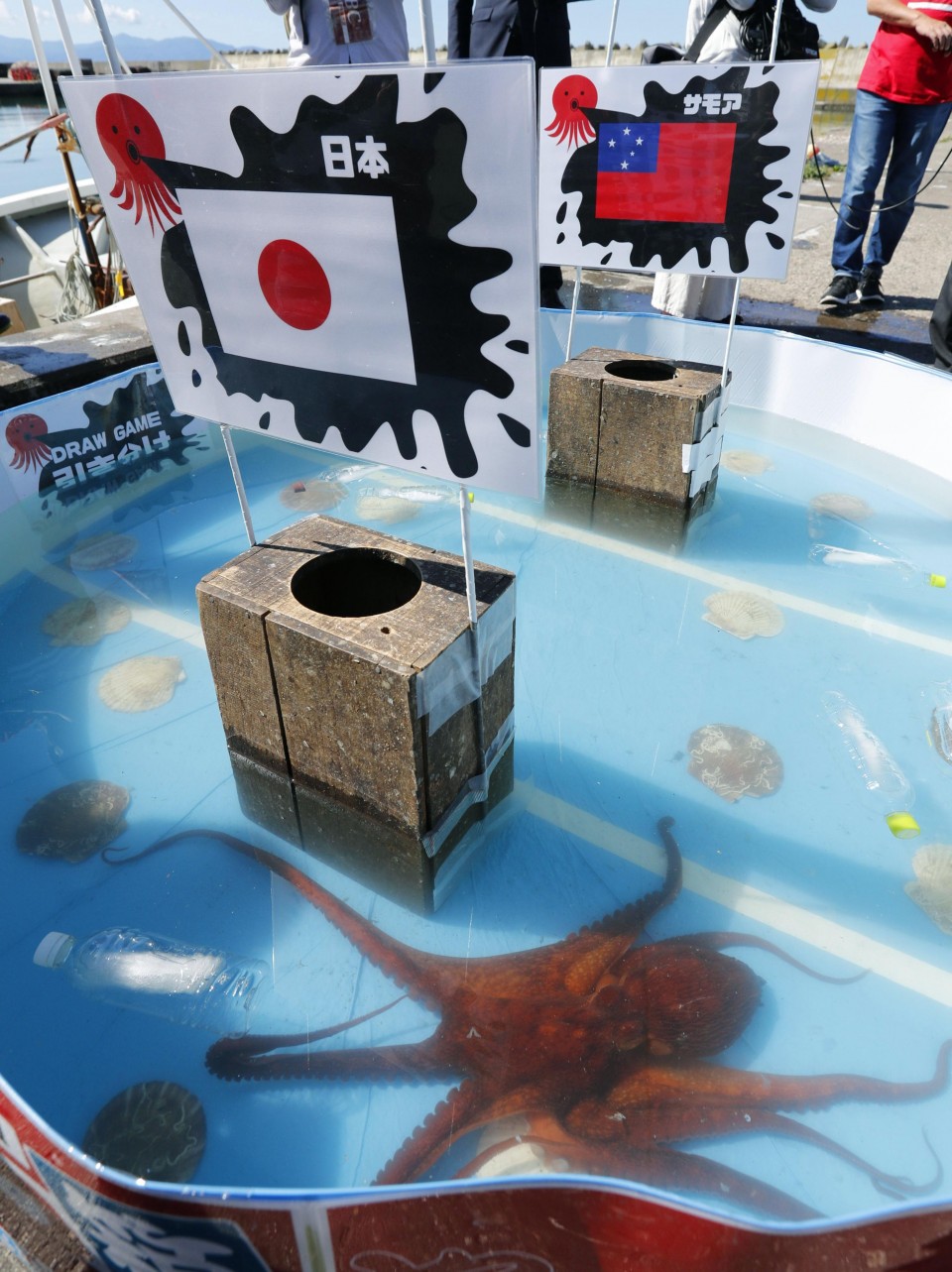 Rabiot, a fortune-telling octopus from the town, became famous for predicting correctly the outcome of all three of Japan's matches at last year's soccer World Cup.

Since that octopus has since been boiled and sold, Friday's prediction event took place using two octopuses caught by local fisherman Kimio Abe on Thursday and given the same name as the previous psychic cephalopod.

The two octopuses were each in charge of two matches. Once they were released in the pool, they moved around swiftly, although hesitating at times.

"I hope Japan will do their best despite the difficult prediction. I will boil and ship out the octopuses that gave the prediction if I receive an order," Abe said.

With defending champions New Zealand seeking a third consecutive title, and their fourth overall, the 20 national sides will play 48 matches in 12 venues stretching across the Japanese archipelago, from Sapporo in Hokkaido to Kumamoto on the southwestern main island of Kyushu. 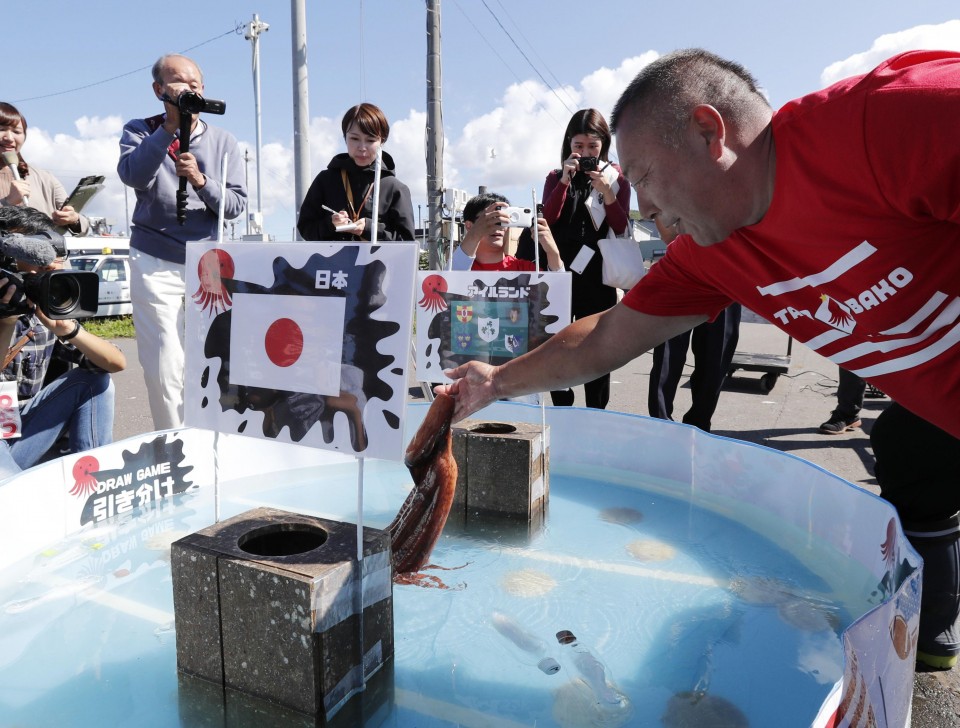