Kyoto Animation Co. said Monday it will remove later this month an altar set up near its studio for the victims of the deadly arson attack in July.

The company will accept flowers, messages and other tributes at the temporary stand until next Sunday. It was set up two days after the July 18 attack, in which 35 people were killed and dozens of others injured.

Along with the notice of the removal on its website, the company also expressed its gratitude for encouragement and support from people around the world. 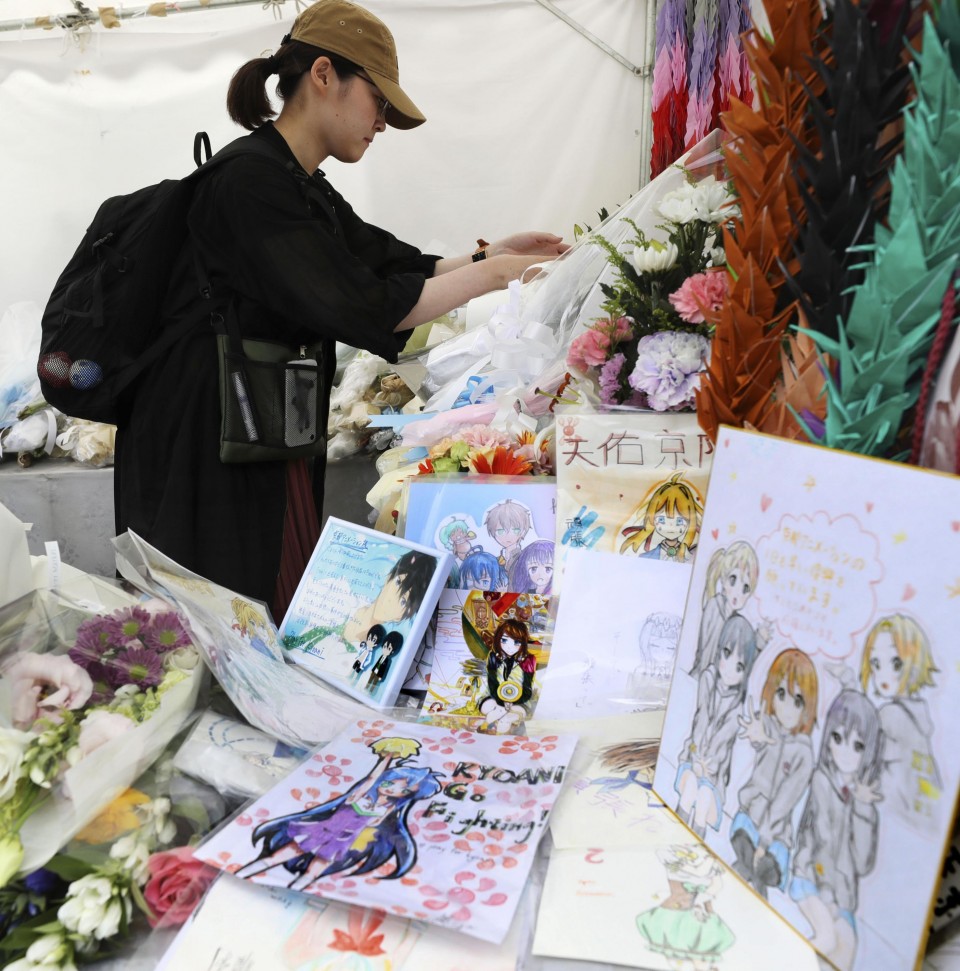 "In response to warm regards sent beyond national borders by many people, we will try to produce animations that can deliver dreams, hopes and moving experiences to everyone," it said.

The company's studio in Kyoto's Fushimi Ward, the center of its anime production, was set ablaze in the attack after a man spread and ignited gasoline inside the three-story building.

The man, Shinji Aoba, remains hospitalized with severe burns. Police are waiting for him to recover before they serve him with an arrest warrant for murder and arson, among other charges.