Animation directors Yasuhiro Takemoto and Futoshi Nishiya, along with veteran animator Yoshiji Kigami, were among the 35 victims of the arson attack at a Kyoto Animation Co. studio earlier this month, police announced Friday.

Takemoto, 47, was widely praised as one of the company's leading directors who worked on a range of projects including "Lucky Star." Nishiya, 37, was known for his role as character design director for "Free!".

"This (keychain) didn't burn in the flames. Although a long time has passed (since the fire), it still smells of smoke," he said.

Takemoto was believed to have been working on the third floor of the studio on the day of the attack. 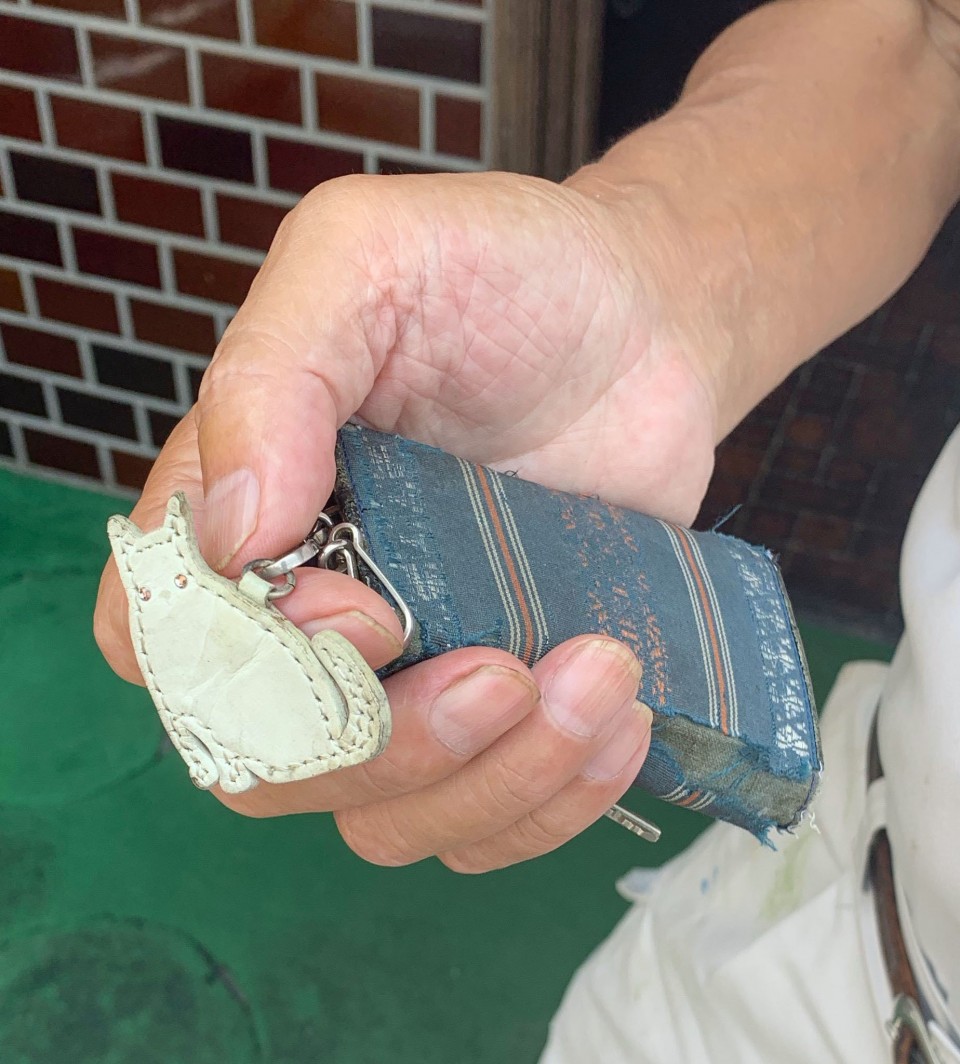 Judging it would be better not to see Takemoto's face, his father could only touch the cloth pulled over his son's body in the coffin when he said goodbye.

Takemoto's young daughter, who had been asking for her father, realized he would never return sometime during the wake and funeral. Now, possibly due to the shock, she can no longer go to the toilet by herself, according to the grandfather.

"I can't think of the perpetrator right now," he said. "My thoughts only revolve around the fact that my son is gone. And all I can think about is it must have been hot. It must have been painful...I'm so sorry."

Futoshi Nishiya, 37, who was the character design director of "Free!", and animator Yoshiji Kigami, 61, were also amongst the 10 victims police named Friday after obtaining consent from their families. 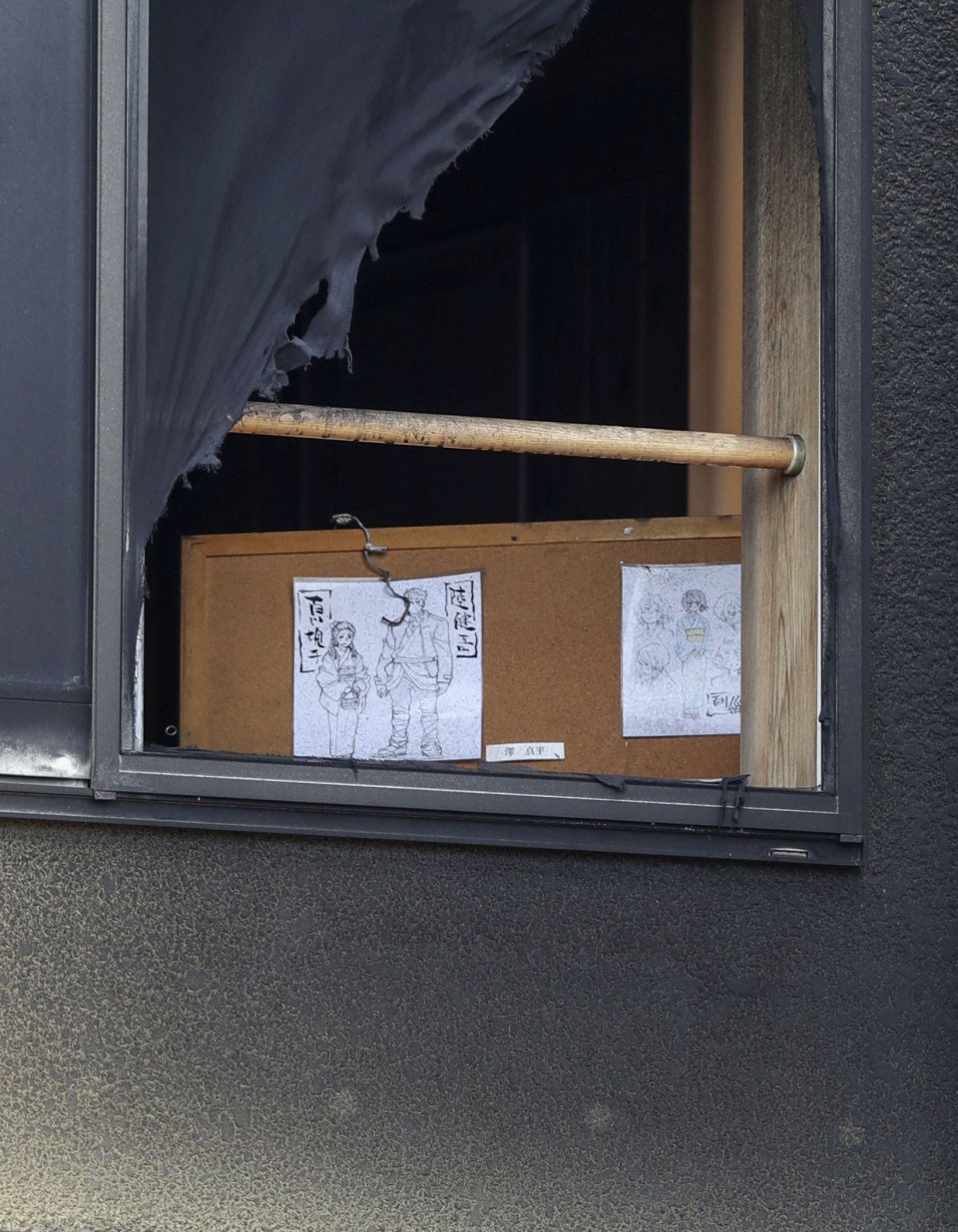 Nishiya, who went to high school in Hiroshima Prefecture, is described by a former classmate as having always been good at art. "I was sure he would work as an artist in the future," the friend said.

Kigami, who was invited to join the company, affectionately known as "Kyo Ani," in the 1990s for his artistic sense and skill, was seen as a role model by many younger animators.

"I think he felt strongly about wanting to develop people. His influence played a big part in Kyo Ani becoming known for its art," a former colleague said.

The police said they carefully considered the timing and ways of disclosing the identities of the victims, given their families need time to come to terms with their deaths and arrange their funerals.

Tsuda, who had worked on projects such as "Detective Conan," was described by her father as "a girl with a fighting spirit, who never cut corners even in the most detailed work," while Omura, who had only just entered Kyo Ani, spoke of mastering skills in the industry.

The identities of all 35 victims, in their 20s to 60s, have been confirmed using DNA analysis, the police said, adding they will continue to seek approval from the other victims' families to release their names.

Kyoto Animation, however, has submitted a written request for police not to release the names, saying it received numerous requests from fans, who want the identities kept private.

The studio in Kyoto's Fushimi Ward, the center of the company's anime production, was set ablaze on July 18 as Shinji Aoba, a 41-year-old resident of Saitama, near Tokyo, splashed and ignited gasoline inside the three-story building. 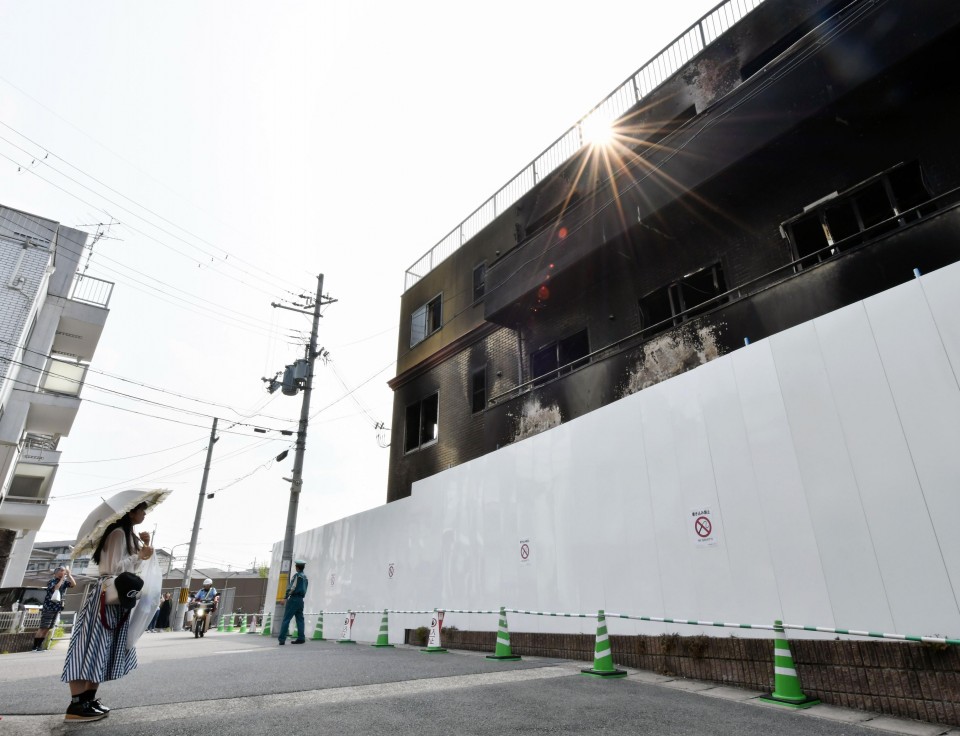 Of all the 35 victims, 26 burned to death, while four died from carbon monoxide poisoning, two from burns covering their entire body and one from an unidentified cause, according to the police. In the incident, 33 others sustained injuries.

Aoba is receiving treatment for severe burns himself and the police plan to formally arrest him after he recovers.

"He remains in a critical condition, and it is impossible to predict what will happen," an investigative source said.

After Aoba was apprehended by the police near the scene, he said he carried out the attack because the company "stole a novel," indicating his ideas had been plagiarized. The company has denied the claim.

Following confirmation that Takemoto was amongst the victims, fans wrote on the internet. "I feel so frustrated I can't stand it," one of the posts said, while another said, "This is too unfortunate."