The three women's world championships 100-meter butterfly medalists on Monday made a touching show of support for star Japanese swimmer Rikako Ikee in her battle with leukemia.

After the race, Canadian gold medalist Margaret MacNeil held her hands up to photographers to show "NEVER GIVE UP" written across her palms, with Australian bronze medalist Emma McKeon and Swedish silver medalist Sarah Sjostrom and showing "Rikako" and "Ikee" written on their respective hands, along with two hearts.

Sjostrom won the women's 100 butterfly final to win gold at the Rio de Janeiro Olympics. Ikee set a national record in finishing fifth in the race, one place ahead of McKeon. 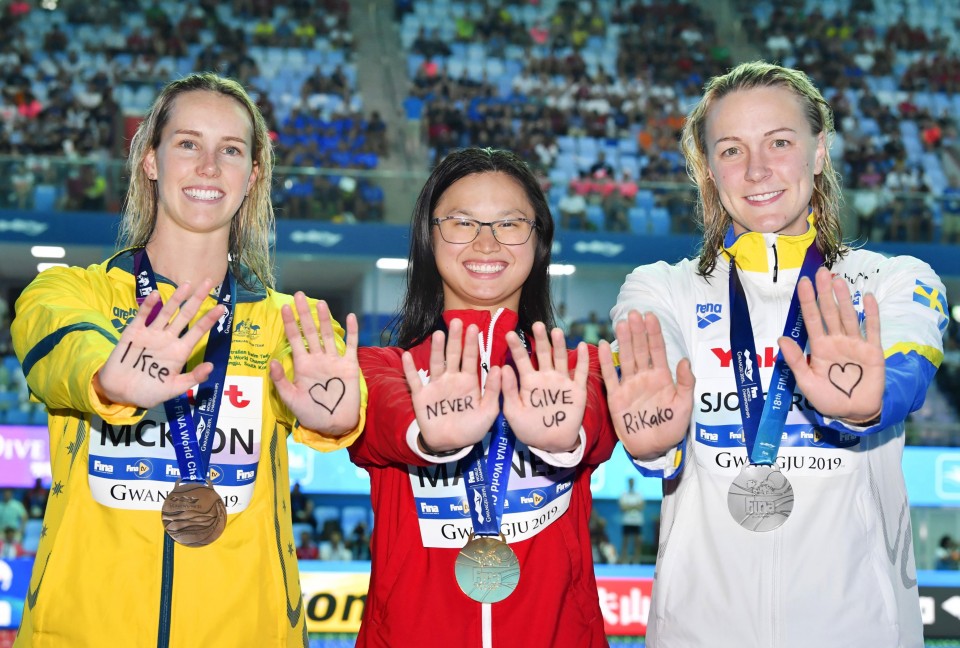 Swimming: Rikako Ikee discharged from hospital in May amid leukemia fight

Ikee posted a message on Instagram on Tuesday with photographs of the three swimmers. "Thank you...love you guys," she wrote on the social media platform, where her account has about 219,000 followers.

The 19-year-old Ikee, a multiple national record holder and a strong medal contender for the 2020 Tokyo Olympics, announced her leukemia diagnosis in February. She is currently undergoing treatment.

Following the shock news, messages of support poured in from around the world, triggering her to launch a website to thank fans and document her treatment for blood cancer. 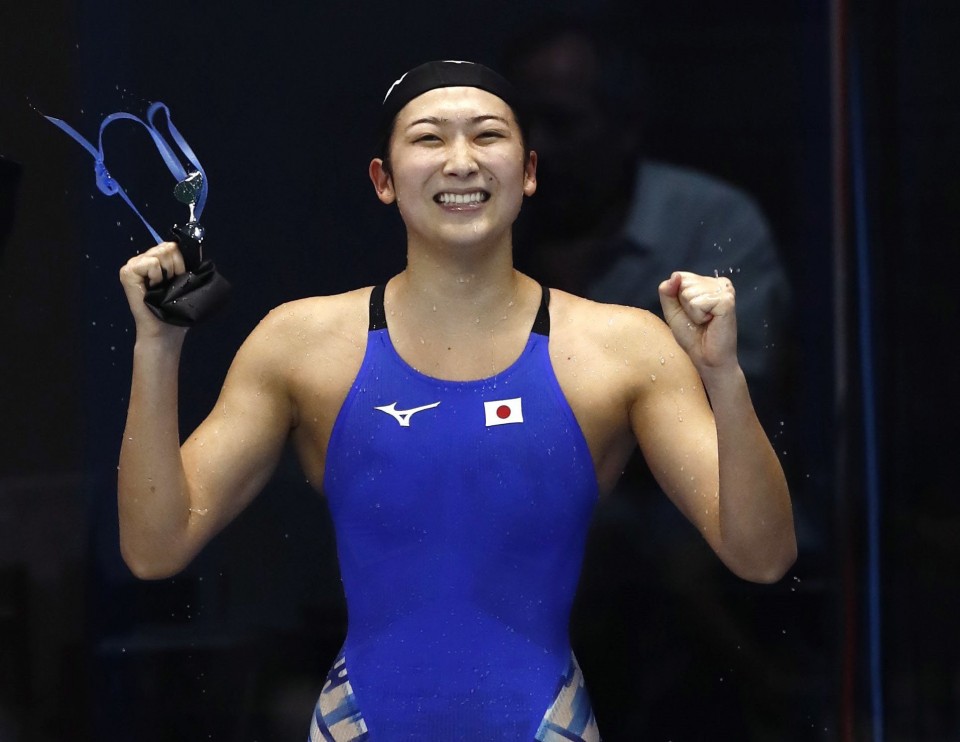 In June, she revealed on the site she was temporarily discharged from hospital and spent a few days at home.

Her most recent post on July 4 showed a 19th birthday celebration put on by her friends. A photo of the gathering showed Ikee wearing a hat and standing in front of a birthday balloon arrangement.