Swimming: Rikako Ikee discharged from hospital in May amid leukemia fight

Japanese swimming star Rikako Ikee, who revealed her leukemia diagnosis in February, was temporarily discharged from hospital, she said on her website on Wednesday.

According to her management agency, the 18-year-old, considered a strong medal contender for the 2020 Tokyo Olympics, was allowed to return home for a few days late last month before being readmitted for further treatment.

"While I was away from the hospital, I spent relaxing days, enjoying meals with my family and getting lots of fresh air," Ikee said in a message on her website, where she also shared a photo of herself smiling next to her siblings.

Her agency said the photo, which shows her wearing a polo shirt and a beanie, was taken at that time, and that Ikee has been experiencing hair loss from chemotherapy. 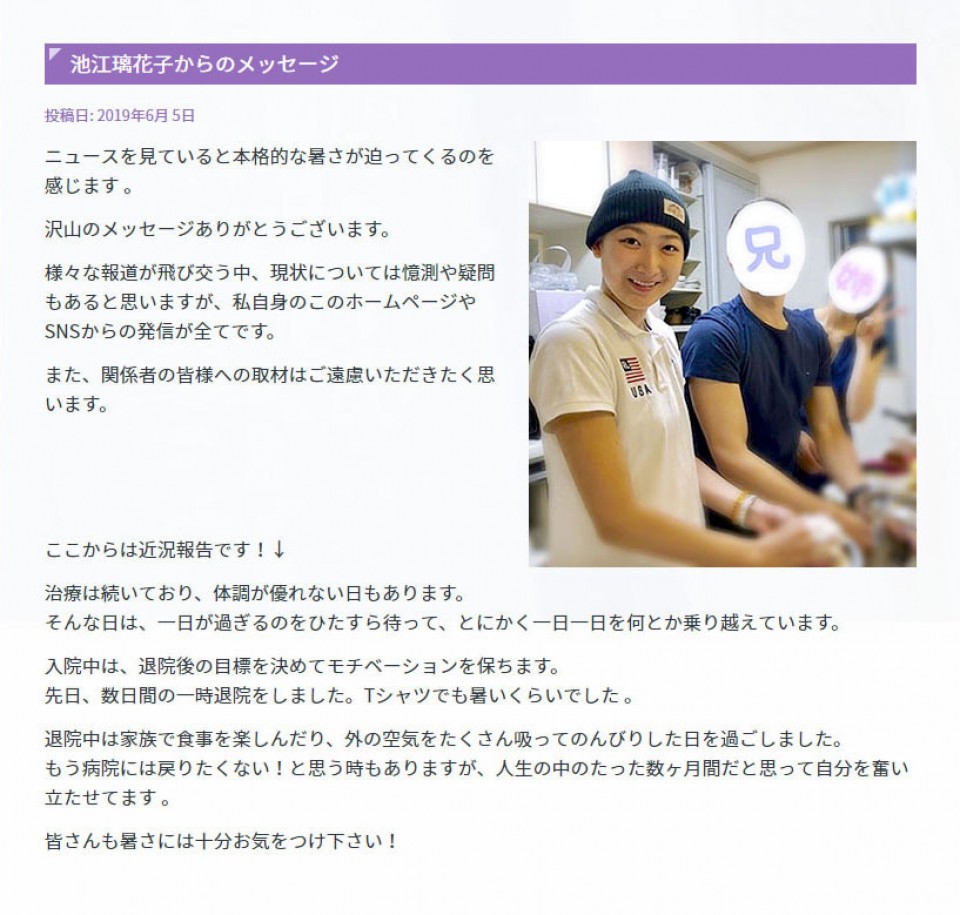 On the website, which she launched on May 8, Ikee asks the media to respect her privacy, saying that despite doubts and speculation, her social media posts are "everything."

"Treatment is ongoing, and there are days I don't feel so well. On those days, I just wait for time to pass and somehow manage to survive. I stay motivated by setting a post-discharge goal for myself," she said.

Her coach Jiro Miki said on Saturday that Ikee had resumed light exercise on a stationary bike that she had taken to her hospital room.

Ikee said in March she will not give up on competing at next year's Olympics.

Last summer, she became the first female athlete to win six gold medals at the Asian Games when she won the 50-meter freestyle.