Japan's space agency said Thursday its Hayabusa2 space probe has touched down on an asteroid 250 million kilometers from Earth, and believes that it has collected the first-ever asteroid subsurface samples.

The debris collected this time by the probe, which last landed on the Ryugu asteroid in February to take surface samples, will help gain new insight into the origins of life and the evolution of the solar system, according to the Japan Aerospace Exploration Agency. 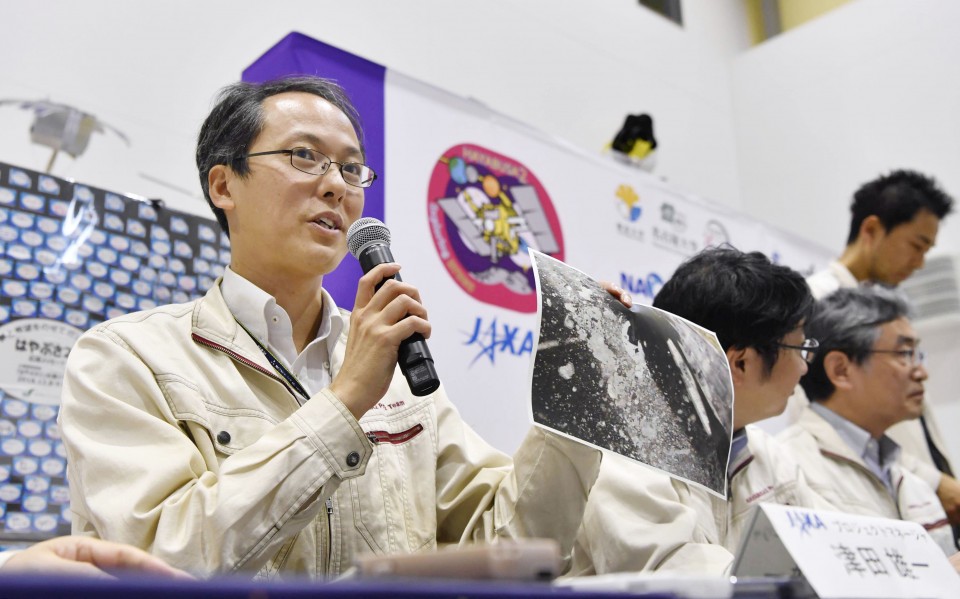 "We have obtained a piece of the solar system's history," said Hayabusa2's project manager Yuichi Tsuda at a press conference, adding the collection of both surface and subsurface samples would allow for their comparison.

The samples targeted by Hayabusa2 on its latest mission were a layer of debris believed to have piled up on the surface after the probe created an artificial crater in April by firing a projectile at the asteroid.

Ryugu's surface has weathered due to the impact of solar winds, but the subsurface samples are believed to contain traces from when the solar system was created 4.6 billion years ago. These dark-colored samples may contain organic materials and water, according to JAXA.

Hayabusa2 touched down on its targeted area measuring 7 meters in width, located 20 meters from the artificial crater's center. The probe extended a tube to the surface and fired a small metallic projectile from it, successfully capturing the subsurface debris as it floated up, the agency said.

"The landing was a huge success as (Hayabusa2) made a perfect move almost in line with our expectations," said Takashi Kubota, a professor at JAXA's Institute of Space and Astronautical Science in Sagamihara, near Tokyo. 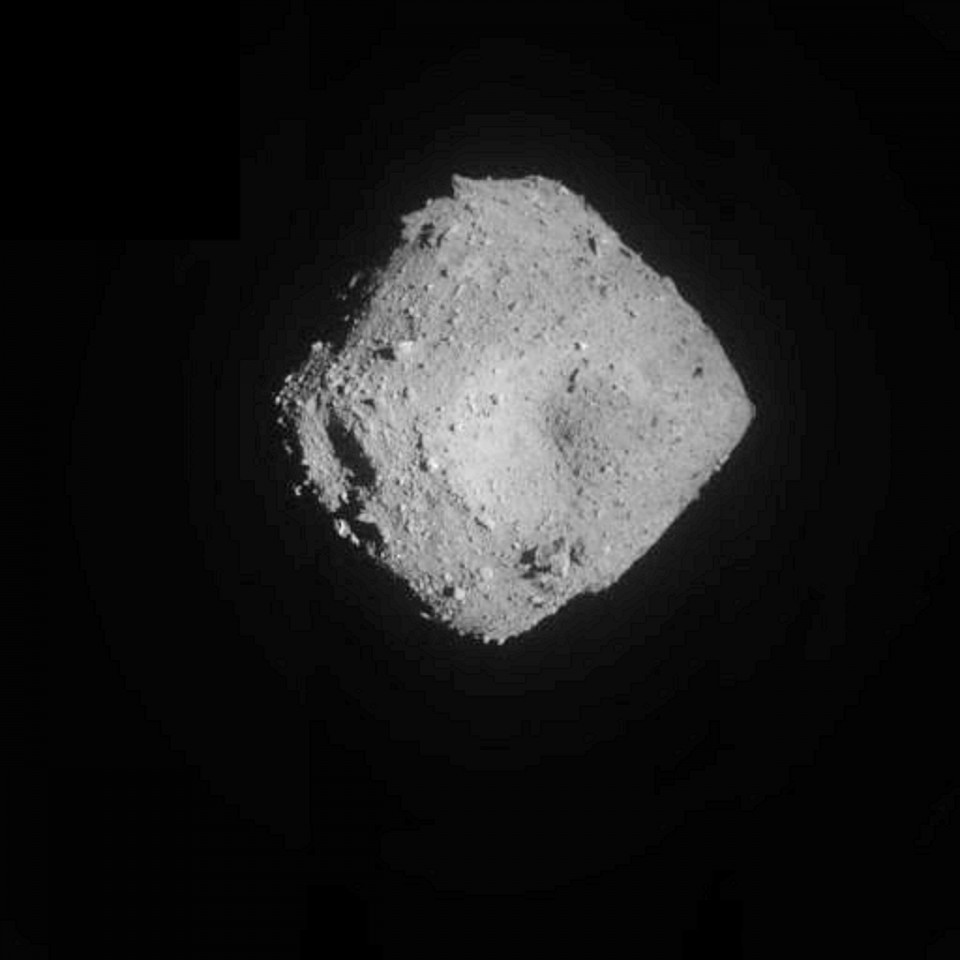 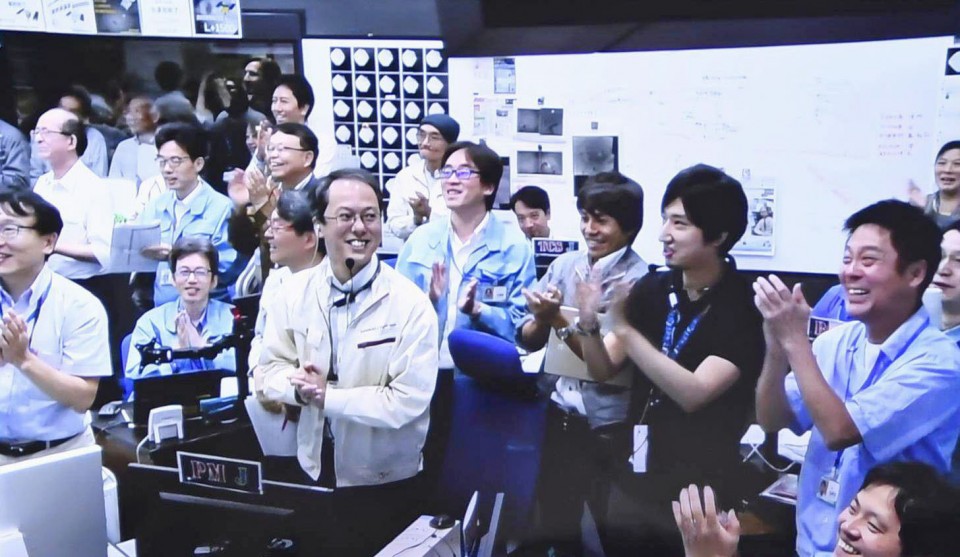 Tsuda put the latest success down to a team effort, saying each member's "excessively self-critical mind" allowed them to identify every possible worst-case scenario. He said that by eliminating each they were able to take on a second landing with confidence.

As it takes 14 minutes to transmit information between Earth and the probe, raising the possibility the control room could be too late to intervene if a problem arises, Hayabusa2 operated autonomously once it reached 30 meters above the surface.

The probe started its descent on Wednesday from its stationary position 20 km above the asteroid surface.

With the collection of the samples, the probe's mission is almost complete, and it will start its journey back to Earth at the end of this year.

"We are only at the stage of getting hold of (the samples) and we have to operate (the probe) carefully in order to bring them back," said Tsuda.

[PPTD] This animation shows the DEM (digital elevation map) near the 2nd touchdown point (© JAXA, University of Tokyo & collaborators). This is also from our operation article: https://t.co/qaS3JZDAdF pic.twitter.com/bgpVj8m74X

Hayabusa2, which reached its stationary position above Ryugu in June last year after traveling 3.2 billion km on an elliptical orbit around the sun for more than three years, is due to reach Earth at the end of 2020.

More than 80 JAXA officials at the control room burst into applause at around 10:20 a.m., when data came in confirming a successful touchdown and the probe's subsequent ascent, with many making a V-sign for victory.

As JAXA officials confirmed the probe's landing, some 200 people also cheered at nearby Sagamihara City Museum while watching a live broadcast from the control room.

Some cried "congratulations" as they snapped photographs and took videos of the screen showing the control room.

"I want the rock samples to be safely brought to Japan," said Jyutaro Haga, an 11-year-old who lives in Myanmar but returned to Japan during the summer holidays.

"I am filled with deep emotion. This project was the first in the world and I was very nervous, but I am happy that the touchdown was successful," said a 48-year-old woman from Sagamihara.

"This is a wonderful result," said Deputy Chief Cabinet Secretary Kotaro Nogami. "We expect that (the probe) will return safely, (having made) the first collection of an asteroid's subsurface sample."