Japan's space agency said Thursday a metal object fired at the Ryugu asteroid by its Hayabusa2 space probe made 10 other craters.

When the asteroid explorer,  on a mission to explore the origin of life and the evolution of the solar system, launched the metal object on April 5 to create a crater in the world's first-of-its-kind experiment, scattered fragments produced other smaller ones, about 1 meter in diameter, the Japan Aerospace Exploration Agency said. 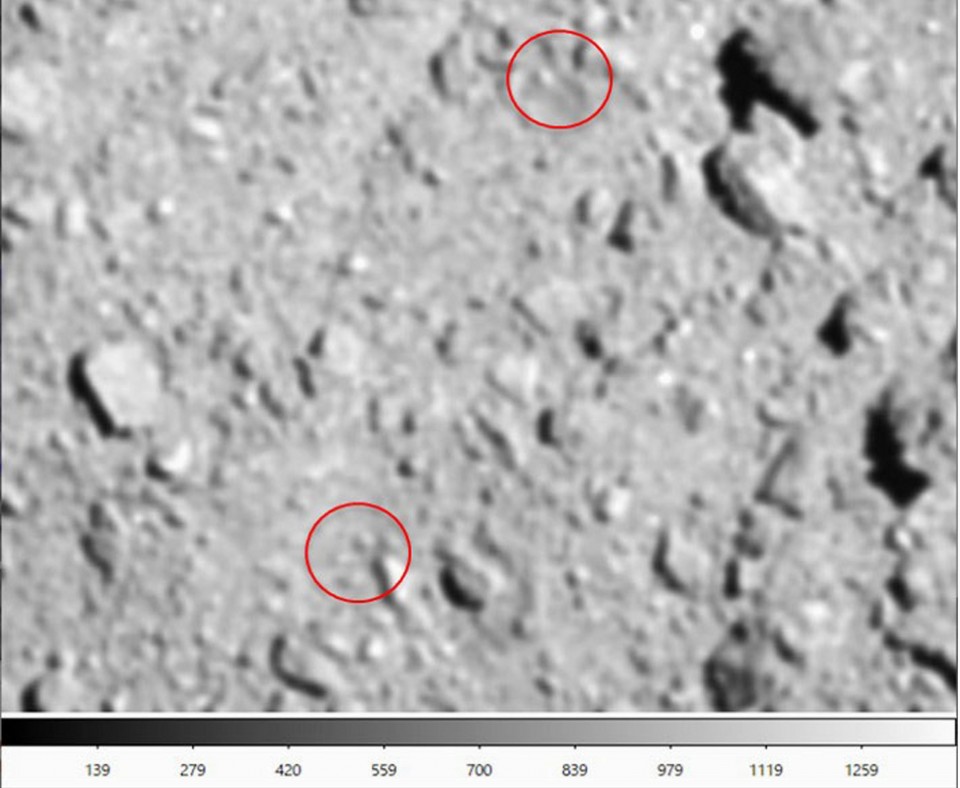 (Small craters (in circle) made by Hayabusa2 on an asteroid.)
[Photo courtesy of JAXA]

The newly discovered craters along with the initial one -- about 10 meters in diameter and 2 to 3 meters in depth -- are expected to help the agency examine the surface of the asteroid and estimate its age, according to JAXA.

The agency will continue to investigate the surface of Ryugu, around 340 million kilometers from Earth, in the hope that by June it will have found a suitable site for Hayabusa2 to collect more surface samples following the first such procedure in February.

Launched in December 2014 from the Tanegashima Space Center in southwestern Japan, Hayabusa2 reached Ryugu last June and is scheduled to return to Earth around the end of 2020 after completing its mission.