Japan's major neighbors are closely watching how the result of Sunday's upper house election will affect the regional situation, as Prime Minister Shinzo Abe is still believed to stick to what they regard as hawkish policies.

South Korea, whose ties with Japan have sharply deteriorated over wartime labor disputes and other issues, expects that Abe may shift his hardline stance against Seoul if his Liberal Democratic Party wins the election with the support of conservative voters.

But some South Korean pundits say Tokyo is unlikely to work to improve relations with Seoul even after the election, as Abe is not inclined to get along with President Moon Jae in, who has pursued leftwing liberal policies centering on social equality and egalitarianism.

China, meanwhile, has been eager to boost ties with Tokyo amid trade and security spats with the United States, but it is vigilant about the possibility that Abe will push ahead with amending Japan's pacifist Constitution if his LDP scores a landslide victory.

"Although Abe is certain to become Japan's longest-serving prime minister, he has failed to make major achievements. Territorial negotiations with Russia have been stalled and a Japan-North Korea summit has yet to be realized," a diplomat of an Asian nation said. 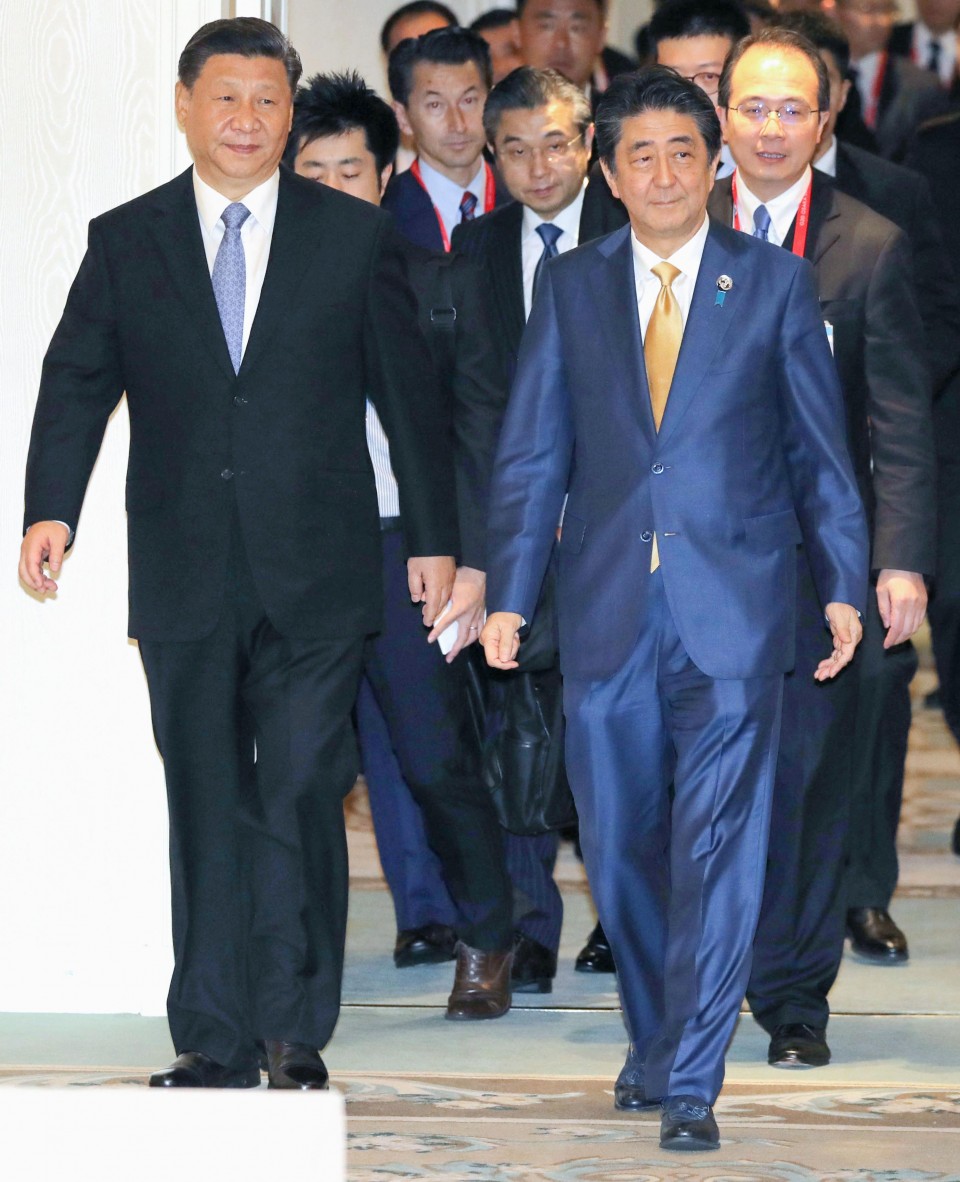 "Before his tenure expires in 2021, Abe will try to create legacies such revising the seven-decade-old Constitution, written during the U.S.-led occupation after Japan was defeated in World War II, in a bid to close the chapter on postwar politics," he said.

Japan invaded Korea and a huge swath of China before the end of war that lasted until 1945.

In its campaign pledge for the House of Councillors election, Abe's LDP has promised to clarify the status of the Self-Defense Forces in Article 9 of the Constitution. China and South Korea have opposed the revision of the war-renouncing article, saying it would lead to Japan's remilitarization.

"What neighboring countries fear is that in line with constitutional revision, the Abe-led government might make its diplomatic policies toward East Asian nations more hawkish and aggressive," the diplomat in Beijing added.

Parties engaging apathetic youth in hopes of increasing support base

Relations between Tokyo and Seoul have reached their worst level in many decades, especially after a South Korean destroyer allegedly locked its fire-control radar on a Japanese patrol plane in December last year.

As the two countries have also been at odds over a string of South Korean court rulings ordering compensation for wartime labor, Abe and Moon skipped one-on-one talks on the fringes of the Group of 20 summit in late June in Osaka, western Japan.

Earlier this month, Japan started to impose stricter controls on exports to South Korea of materials used to produce semiconductors and display panels. Abe's government has argued the decision is intended to address national security concerns.

Given that trade strains would hurt the economies of both nations, a source in the South Korean Embassy in Tokyo said Seoul hopes that "there will be room (for Japan) to deal with South Korea in a calmer manner" after the upper house election.

Such an optimistic view, however, is not shared by others in South Korea. Cho Seong Ryoul, senior adviser at the Institute for National Security Strategy, said, "The outcome of the election itself won't really have an impact on the S. Korea-Japan relationship."

"Of course, South Korea wants to make a better relationship with Japan. Moon tried to recover ties with Japan at the G-20 summit, possibly with the backing of the United States, but it was Japan who declined," Cho said. 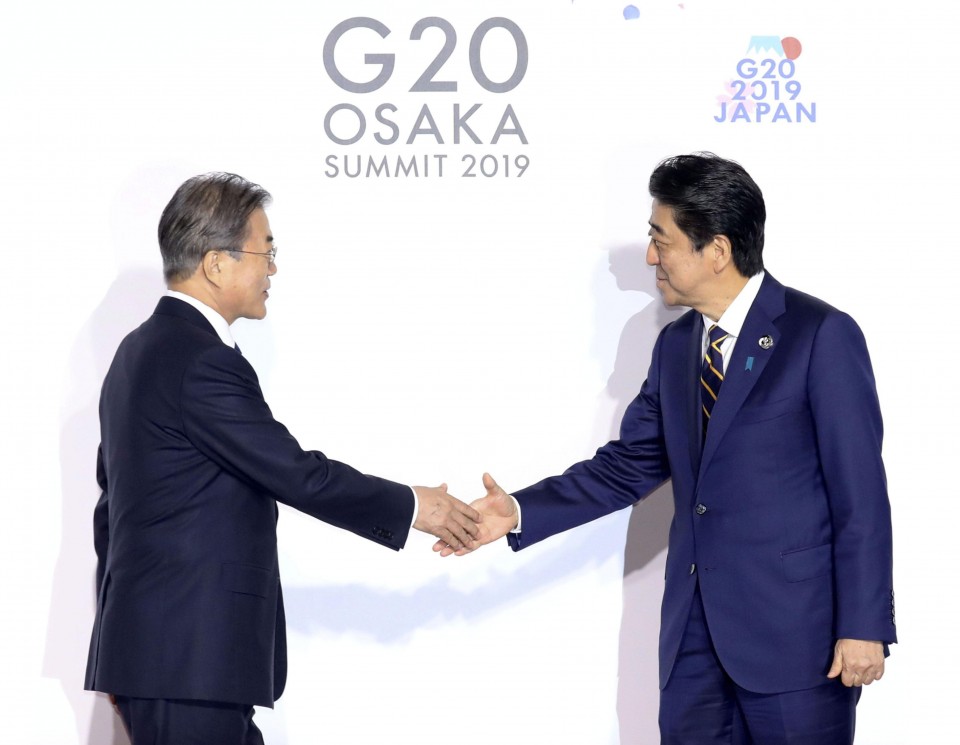 A Japanese government official said Abe and Moon have "completely different political briefs" and they "cannot build credibility with each other."

Abe is seen as a right-wing politician as he is supported by the conservative lobby organization Nippon Kaigi, or Japan Conference, which has been engaged in grassroots campaigning for constitutional amendment and education to foster patriotism, among other issues.

On the other hand, Moon is a former human rights lawyer. In 1970s, he led a protest rally against the dictatorship of then-President Park Chung Hee, who forged a friendship with Abe's grandfather Nobusuke Kishi, a former Japanese prime minister.

In contrast to Moon, Chinese President Xi Jinping has been keen to improve relations with Abe, who has deepened personal ties with U.S. President Donald Trump, with Washington implicitly putting pressure on Beijing to change its socialist economic system.

"I am wondering how we can relate well to President Trump," Xi was quoted by a diplomatic source as asking Abe during a dinner on the sidelines of the G-20 summit. The source said China has put emphasis on Abe's relations with Trump.

To promote reciprocal visits by leaders of the two countries, Abe and Xi confirmed that they will work together to realize a trip by the Chinese president to Japan as a state guest next spring.

Nevertheless, a source with the Chinese government sounded a note of caution against Abe, a pro-constitutional amendment lawmaker who in December 2013 visited Yasukuni Shrine, considered to be a symbol of Japan's past militarism by its Asian neighbors.

To stress friendly ties, Japan has effectively shelved the matter of territorial sovereignty in the nearby waters, but "if a small accidental clash occurs, tensions between the two nations would sharply escalate," the source said.

The two Asian powers have remained divided over the uninhabited Senkaku Islands in the East China Sea. The islets, called Diaoyu in China, are controlled by Tokyo but claimed by Beijing.

Among other East Asian countries, North Korea, which has no diplomatic relations with Japan, has criticized Abe, saying he has been using issues related to Pyongyang's denuclearization for political purposes in the run-up to the upper house election.

Abe has recently voiced willingness to meet with North Korean leader Kim Jong Un "without conditions," but the move is just a "topical gimmick" to attract voters, said a source familiar with the situation in Pyongyang.