The tea bowl, for centuries an icon of Japanese ceramic art, has inspired a number of Western potters to produce their own interpretations in recent decades -- but to mixed reactions from artists and experts.

The tea bowl, a part of the tea ceremony, a practice with links to Zen Buddhism and considered quintessentially Japanese, is made following a set of conventions that have been passed down through generations of family firms.

However, in more recent years ceramicists in the West have started to turn the tea bowl on its head, using different materials, processes, glazes, colors, textures, and decoration.

Bonnie Kemske, an expert on ceramics and tea bowls and author of "The Teabowl: East and West," regards some of these contemporary bowls highly. However, she believes many Western ceramicists stray into what she says amounts to "cultural appropriation."

Speaking at her home in Cambridge, Kemske told Kyodo News that while some ceramicists have studied the tea ceremony and made references to that in their pieces, many have not. Instead, the traditionally understated bowl has been taken in a more "showy" and "bling" direction. 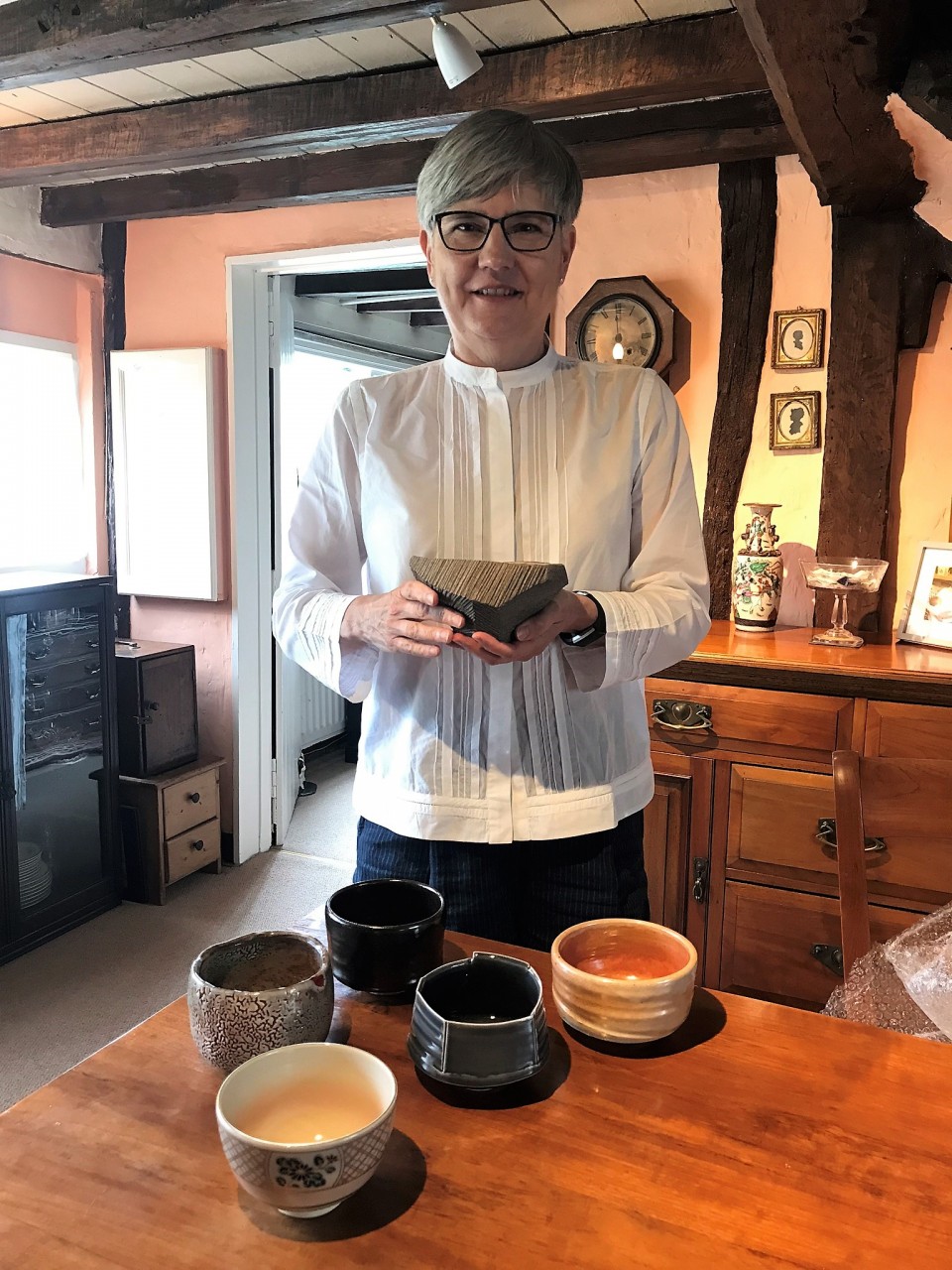 "There are a lot of not very good contemporary tea bowls out there. They are self-indulgent, frivolous, and self-conscious. The pieces are not being informed by anything. And the artists are just riding on the back of the strength and mystery of the tea bowl."

Kemske says she is not opposed to Western potters developing their own styles of tea bowl -- just as long as they are not trying to pass them off as traditional.

Indeed, contemporary Western takes on tea bowls should be seen as a "separate genre" to their Japanese counterparts, she argues.

"They are not made for the tearoom, where they would be stored away when not used," she said. "Instead, they are made for display." Ceramicist Philip Eglin sympathizes with some of Kemske's views and believes it is best that Western potters either fully acquaint themselves with the tradition or make it clear that they stand completely outside it.

He himself makes a range of ceramics that are often described as "irreverent" and comment on what he sees as the failings of the Catholic Church. Among them are several tea bowls he made for an exhibition that he adorned with images of popes and scantily-clad figures -- but which he candidly admits were made only after looking at a few tea bowls online to get the dimensions correct.

He said, "I have always thought it laughable that Western ceramicists should want to make (Japanese) tea bowls -- functional items that are firmly rooted within Japanese culture. Maybe it has something to do with the price one can command for a tea bowl over that of a cup or a mug!"

Ceramic artist Raewyn Harrison thinks it can be "troublesome" if Western potters attempt to just "mimic" Japanese traditions when trying to make traditional tea bowls without doing their homework.

"If they are inspired to make contemporary versions, they should research the tea ceremony and understand the cultural importance of the traditional tea bowl," she said.

Harrison, who has studied the tea ceremony, has created a range of porcelain tea bowls adorned with 16th century images of the River Thames.

Given the importance of the base (or foot) of the bowl to lift, turn and hold the bowl, she also incorporates archaeological finds from the river such as shards of pottery and coins into the base.

In Japan, tea bowls have traditionally represented the "wabi" aesthetic, emphasizing rusticity, imperfection, and guilelessness, according to Kemske, and the tea ceremony out of which they emerged remains a widely practiced art form.

But even in their homeland, opinion is divided over what the future holds for tea bowls, she said, noting that a growing number of Japanese potters, particularly those who have gone to art colleges, are now making their own contemporary versions of the traditional piece.