Ainu culture to be featured at 2020 Sapporo Snow Festival

The Sapporo Snow Festival Executive Committee recently announced the outline of the event for next year, with the area's indigenous Ainu culture selected as a central theme.

The committee, formed by the city of Sapporo, the Sapporo Tourist Association and other bodies, made the announcement at a meeting at a hotel in the city's Chuo Ward on June 18.

The festivities will be held at the Odori and Susukino festival sites in Chuo Ward over eight days from Feb. 4 to Feb. 11, and at the Tsudome site in Higashi Ward for 12 days from Jan. 31 to Feb. 11.

"Since the National Ainu Museum and Park will open in Shiraoi, Iburi, in April (2020), we would like to make Ainu culture a central theme (for the event)," Sapporo Tourist Association head Ryu Shibata said. 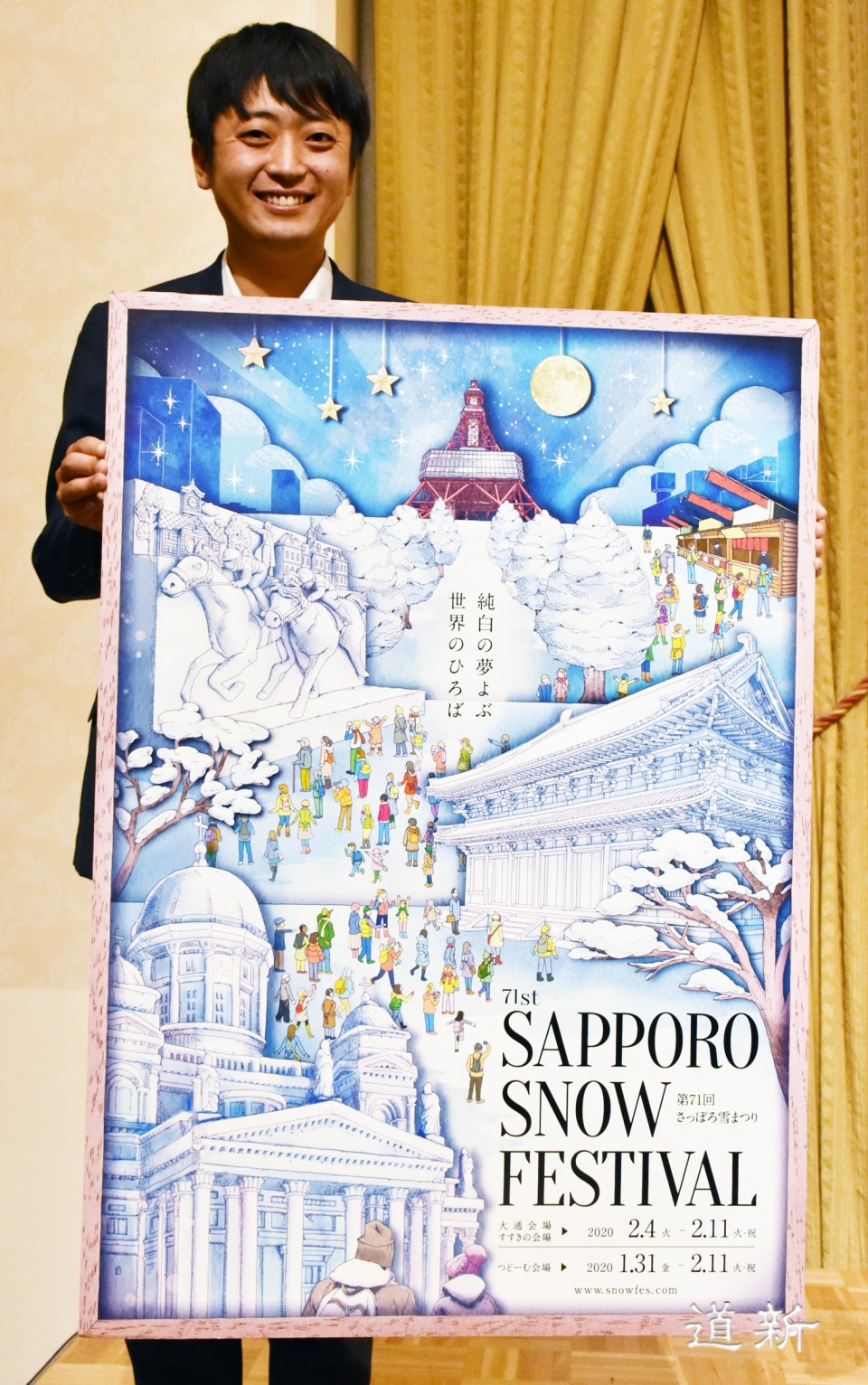 The Ainu are northern Japan's indigenous people who live mainly on the country's northernmost main island of Hokkaido, as well as on neighboring Sakhalin in what is now Russia.

The poster for next year's festival, the event's 71st edition, was also unveiled, depicting snow statues from past festivals.
This year's festival coincided with the Lunar New Year holidays and attracted many foreign tourists, with the total number of visitors reaching a record high of 2,737,000.

Meanwhile, the executive committee of the Sapporo White Illumination on June 18 decided on the schedule for this year's event.