A magnitude-5.5 earthquake hit Tokyo and its vicinity Monday morning, registering 4 on the Japanese seismic intensity scale of 7 in central Tokyo.

No tsunami warning was issued after the 9:11 a.m. quake, whose focus was estimated at a depth of 60 kilometers off Chiba Prefecture, according to the Japan Meteorological Agency. 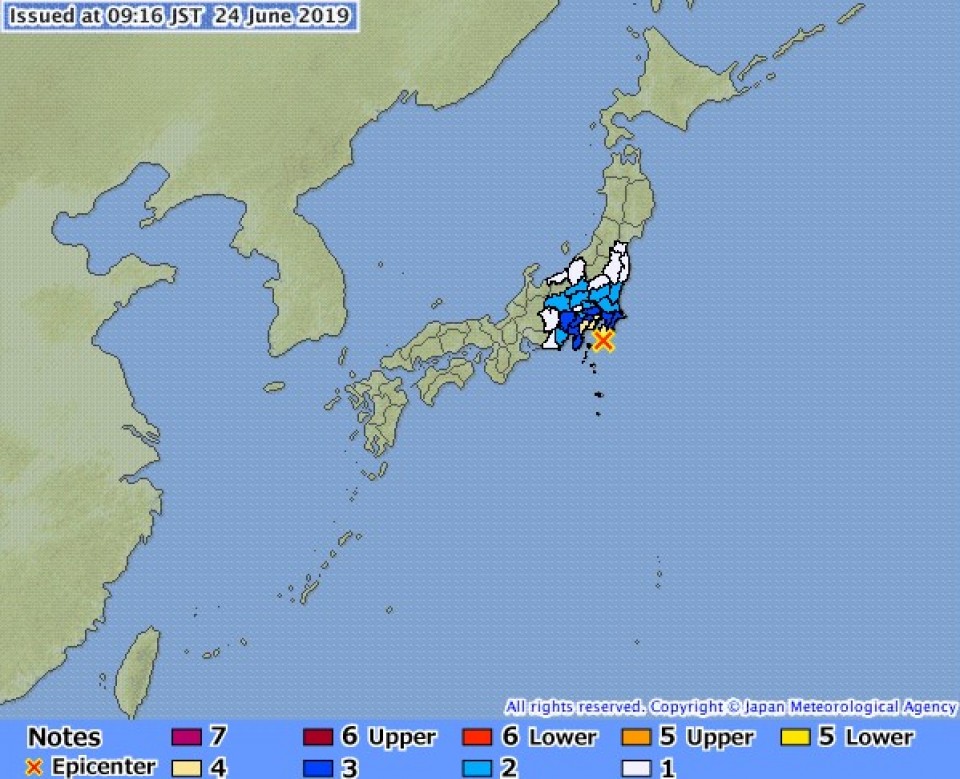 No abnormality was reported at Japan Atomic Power Co.'s idled Tokai No. 2 Power Station in the village of Tokai, Ibaraki Prefecture, north of Chiba Prefecture.